In Kenya, doctors and nurses carry medicines on speedboats to islands forsaken in terror war 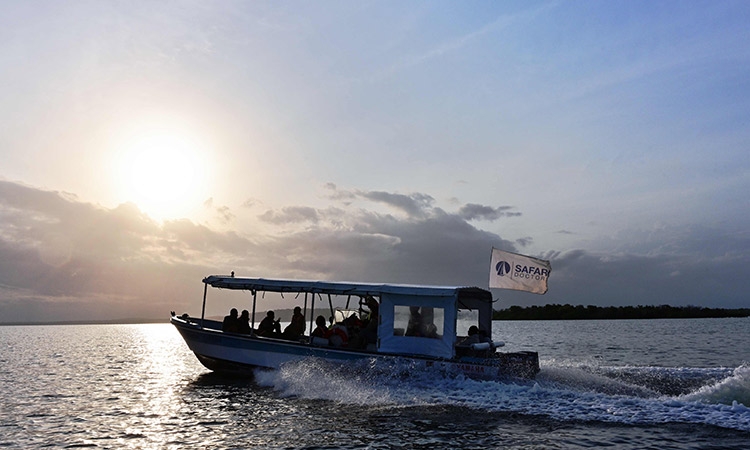 Staff and volunteers of Safari Doctors travel on motorboat as they head to a mobile clinic. AFP

Laden with medicines, the speedboat sets off before dawn, its path lit only by the full moon as it cuts between miles of thick mangroves towards Kenya's border with Somalia, where few dare to go.

Two hours later at sunrise, the boat arrives at Kiangwe village, one of several remote coastal communities whose only healthcare comes from these monthly visits by the Safari Doctors mobile medical team.

Volunteer doctors and nurses roll up their trousers and heave containers full of medical supplies onto their shoulders before wading ashore and hiking up a hill to a building that will serve as their clinic for a few hours. 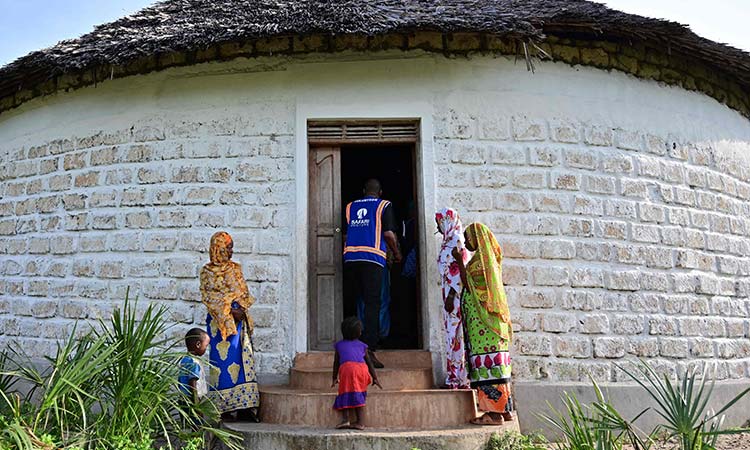 People arrive from nearby villages to seek medical attention at a mobile clinic. AFP

In the distance, between stick-and-mud houses topped with palm fronds, stands a shuttered clinic that was built but never occupied.

So, every month, over a few days, her voluntary team made up of both Kenyan and foreign medics visits up to 12 villages, some of which require a last-minute phonecall to check on security.

However four other villages in the region are considered no-go zones and have no healthcare access at all, said Omar.

Thanks to donations and fundraising, the Safari Doctors mobile medical team treats up to 800 patients a month. 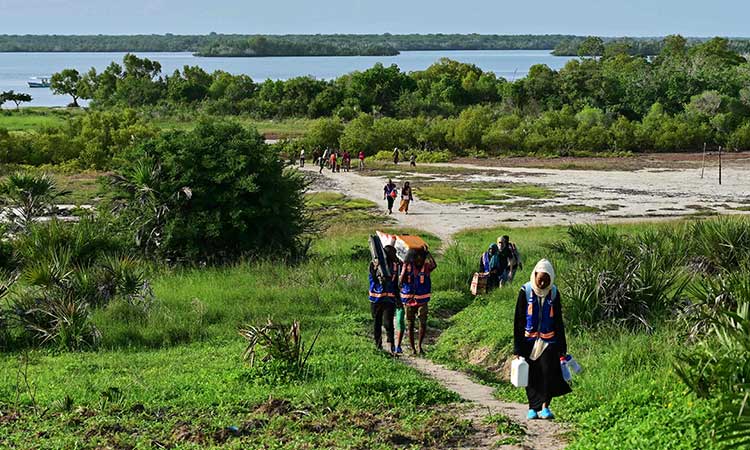 Staff and volunteers of Safari Doctors carry medical supplies from the shore to a nearby village. AFP

Inside the makeshift clinic, the team sets up a triage area where patients are weighed and have their blood pressure taken, before being directed to one of several desks manned by medical personnel.

Rufia Alio, 55, sliced his finger open while farming over a week before the mobile clinic visited, and is finally getting it bandaged up.

"There are no hospitals here which is a problem. We have pregnant women here, we have the aged ones who are suffering, there are others who suffer from fever... and thus when Safari Doctors come they help by giving us medicine and injections," he said.

However once the Safari Doctors move on, there are few options. 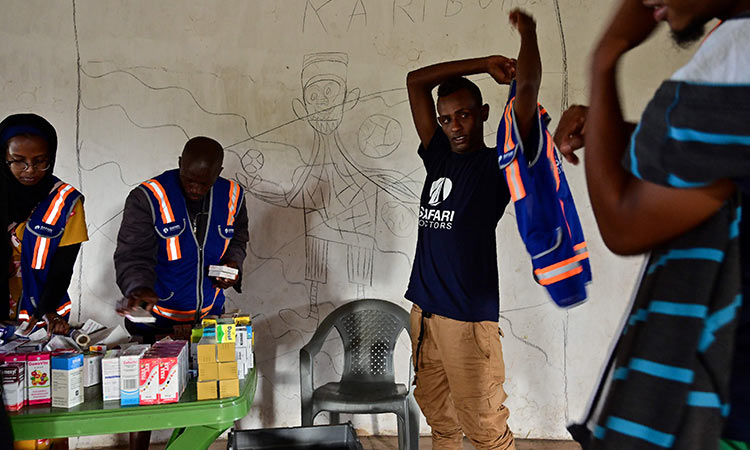 Staff and volunteers of Safari Doctors prepare to conduct a mobile clinic. AFP

Omar tells of a young man from Kiangwe who carried a sick villager with appendicitis on a 24-hour journey by motorbike in order to get him to a hospital.

That journey costs about $30 (27 euros), but the road is dangerous, while communities on islands have no access to a road.

Omar said that for a woman in emergency labour, the bumpy speedboat ride is "something else", while some have even given birth in the middle of the ocean.

In a bid to plug the gap, Safari Doctors has trained traditional birth attendants and given youth in the community’s basic first aid training.