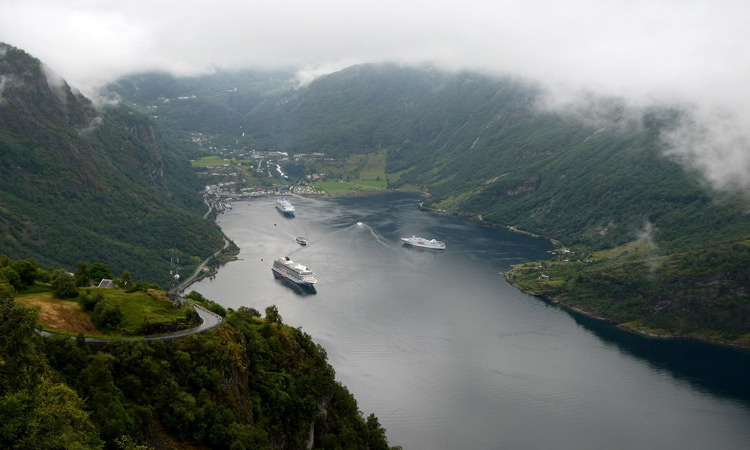 June, July and August is peak season for cruising along the Norwegian fjords. Sarah Bryan Miller/TNS

Considering destinations for your annual vacation, but can’t quite make up your mind?

Our list of gorgeous getaways will give you a good head start on planning your summer retreat.

With temperate climes and holiday feels, these escapes will make you forget the heat of the UAE and add vigour to your banal routine.

Read on to find out which places made it to our choicest list.

Hole up in the Chianti hills near Siena, where you’ll be surrounded by the scent of cypress trees and pine forests. 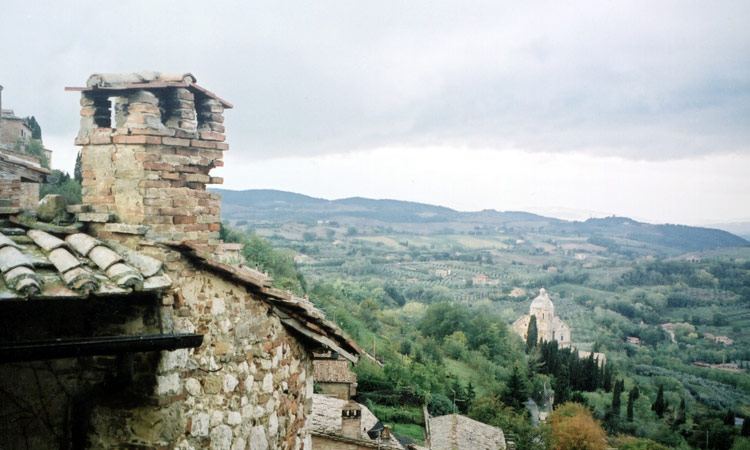 The hills of Tuscany in Italy. Lisa Hotchkiss/TNS

To Tuscany has an attractive farmhouse complex of 10 villas in a hilltop hamlet near Gaiole, where a one-bedroom apartment is available for £515 (Dhs2,404) for a week.

There’s a large shared pool in secluded gardens, and all the villas have their own patios for al fresco meals.

The rain clouds have rolled on by late June, meaning Kenya’s safari season is back in business.

But rather than automatically heading for the Masai Mara, turn your attentions northwards, to the Laikipia highlands, where private reserves are teeming with all kinds of wildlife.

From heading up Mount Kenya by helicopter for a spot of trout fishing to wild swimming in the ancient Ngare Ndare forest, safari is only part of the action. 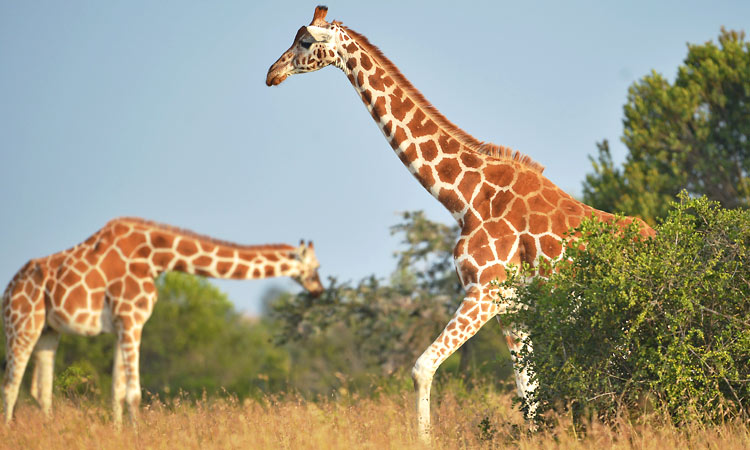 You can spot game from your room at boutique lodge The Emakoko in Kenya. AFP

The ultimate Lion King experience unfolds at Borana Lodge: you can sip sundowners on Pride Rock, following in the footsteps of a crew from Disney.

Even Nairobi gets in on the safari theme: did you know the city has a 117sq km national park where lions, giraffes and rhinos roam?

At boutique lodge The Emakoko you can spot game from your room, or there’s Hemingways in the peaceful nearby suburb of Karen.

As if this corner of France wasn’t already gorgeous enough, June and July sees the countryside reach its perfumed purple zenith as lavender season sweeps across the fields.

The almost-guaranteed balmy weather is ideal for frolics on the Riviera’s beaches, while the street parties and concerts of annual festival Fete de la Musique adds extra bon vivant spirit to towns across the region. 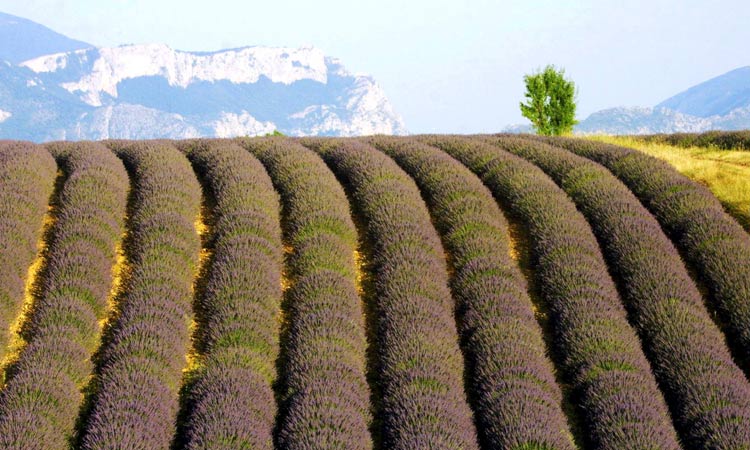 Lavender season sweeps across the fields of Provence in summer. AFP

If it’s the beach that beckons, private mansion turned boutique hotel White 1921 Saint-Tropez puts you right at the heart of the Riviera’s ritziest town.

For more of a rural retreat, Crillon Le Brave is a recently revamped family-run property at the foot of Mont Ventoux offering Provencal charm in spades.

With more than 1,000 fjords in Norway, there’s plenty to explore in these long and deep ocean inlets.

June, July and August is peak season for cruising along these narrow waterways, which are arguably some of the world’s most beautiful stretches of water. 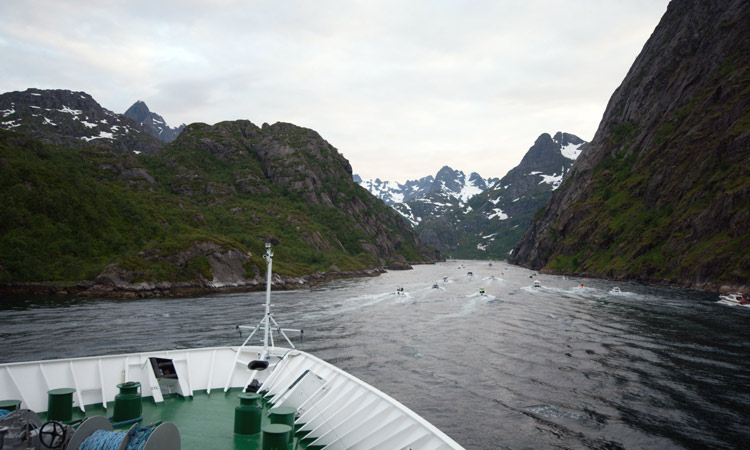 Plenty of daylight and clement temperatures combine to make for an unforgettable journey in this lush landscape, where cliffs stretch for thousands of miles.

For a quieter experience, however, try visiting in autumn or winter.

While the weather changes dramatically, the incredible scenery remains.

Mouth-watering gelato, crumbling remains of amphitheatres and temples, sun-drenched piazzas that come alive for aperitivo sessions — so far, so Italian.

But it soon becomes clear Sicily has a strong identity distinct from its mainland kin.

A series of conquests by the Romans, Arabs, Normans and Spanish has made this large island into a real Mediterranean melting pot, from the cuisine (specialities to try include Arab-inspired dessert cassata and the aubergine stew caponata) to the architecture (case in point: the fusion of Byzantine bling, Baroque marble and Moorish archways in Cefalu Cathedral). 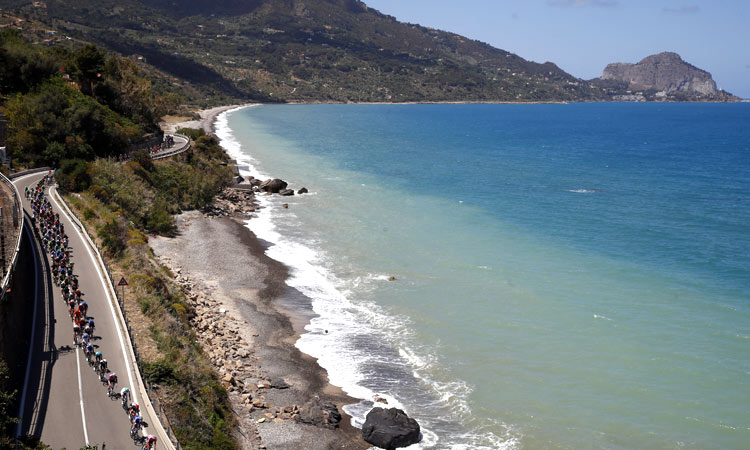 The seaside town of Cefalù in Sicily. AFP

Massimo Villas does a fine line in scenic self-catering properties, including Villa Borghetto, which crowns an olive tree-studded hilltop above Cefalu.

Divide your time between exploring remote medieval towns — Castelbuono, for example, is home to Fiasconaro Panettone (which has the seal of approval from both Obama and the Pope) — and sailing trips escorted by pods of dolphins.

After suffering from turbulent politics and instability in recent years, there’s a real buzz around the Turquoise Coast once again, with visitor figures climbing 21 per cent in 2018 to hit an all-time peak.

So, why the comeback now?

A slew of stylish hotel openings is a large part of the attraction — there’s Ian Schrager’s latest outpost The Bodrum Edition in the yacht-filled resort, and, just outside the ancient city Izmir, Club Marvy with its boho beach club and farm-to-fork dining. 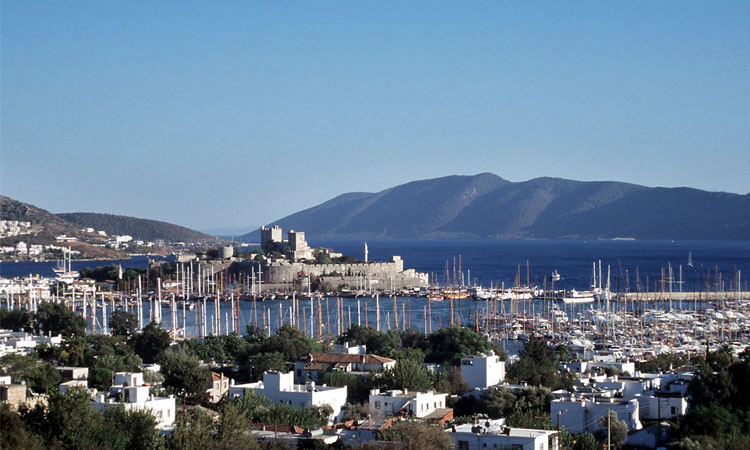 The scenery, meanwhile, is as jaw-droppingly lovely as ever: the 500 kilometre-long Lycian Way hiking route weaves past pine forests and ancient tombs carved into the cliff-faces, overlooking sandy coves lapped by the Aegean Sea.

After pounding these pathways and stepping back in time at UNESCO-listed sites such as Xanthos (dating from 545 BC), you’ll certainly have earned a generous spread of mezze come evening.

It’s winter down in Peru, which brings the driest, clearest conditions for tackling high-altitude adventures.

Swerve the crowds of the well-trodden Inca Trail in favour of flashpacking along the lesser-known ancient paths and rural villages of the Lares region. 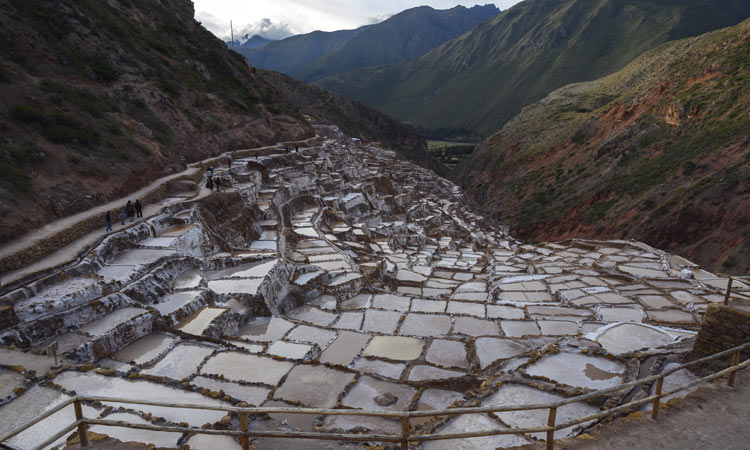 Salt pans in the Cusco region of Peru. AFP

With fewer challenging peaks to cross, this slightly shorter option carves its way through archaeological sites like Ollantaytambo (the best surviving example of Incan city planning) and sleepy communities where textile weaving is the main industry — but not missing out the mighty Machu Picchu, of course.

Sustainable travel specialist Mountain Lodges of Peru offers a five- or seven-day Sacred Valley & Lares itinerary, staying at a series of deluxe “base camps” that profit-share with their communities — for example, El Retablo celebrates Andean crafts across its 17 rooms, which are hand-painted by artisans from the Fine Arts School of Cusco and decked out in hand-woven tapestries.