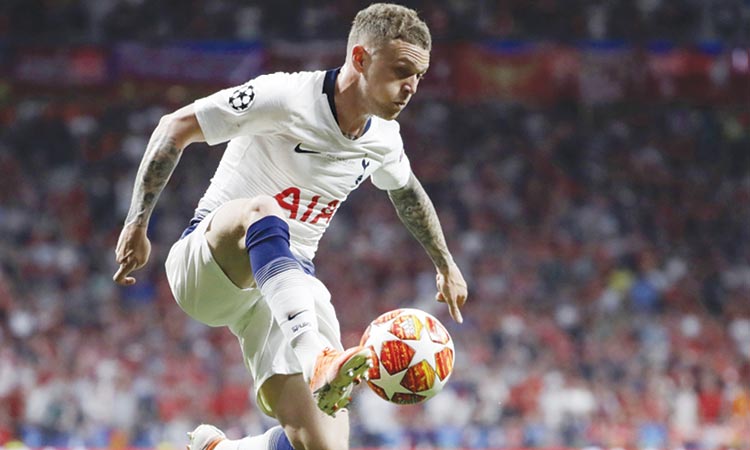 Atletico said on their website they had signed a “fantastic and experienced player from the Champions League runner up” and added Trippier had agreed a three-year deal.

Trippier has played 16 times for England scoring one goal, direct from a free kick in the World Cup semi-final loss to Croatia last year.

He joined Spurs from Burnley in 2015 and made 114 appearances for the London club.

The signing continues an overhaul of the capital city outfit’s backline.

Meanwhile, City coach Pep Guardiola warned Leroy Sane on Wednesday he only wanted to keep players at Manchester City who are happy to be at the club.

The German winger has been strongly linked with a move to German champions Bayern Munich and found himself frozen out at times last season.

Former Bayern boss Guardiola gave mixed messages about the future of the 23-year-old following a pre-season friendly victory over West Ham in China.

Asked whether he expected Sane to stay at the Premier League champions, Guardiola replied, “Yes”, and initially refused to say more.

But, speaking after the 4-1 thumping of the Hammers in the Premier League Asia Trophy, Guardiola described Sane as having “a special quality that is hard to find”.

City have offered Sane a new contract, but casting fresh doubt on the Germany international’s future, Guardiola added: “We want people here to be happy.