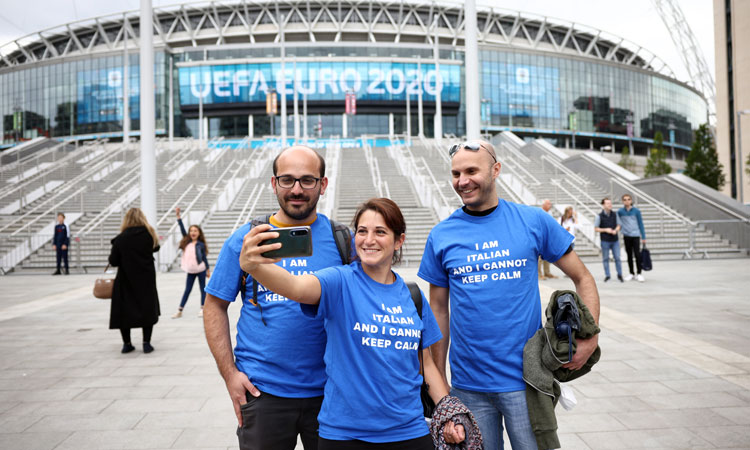 Italy fans take a selfie on Saturday outside the Wembley stadium ahead of the Euro 2020 final. Reuters

England will look to end their 55-year major title drought with a victory over Italy in their Euro final match at Wembley on Sunday.

It is a chance for Harry Kane and company to get their names etched on the pinnacle of England's sporting history. 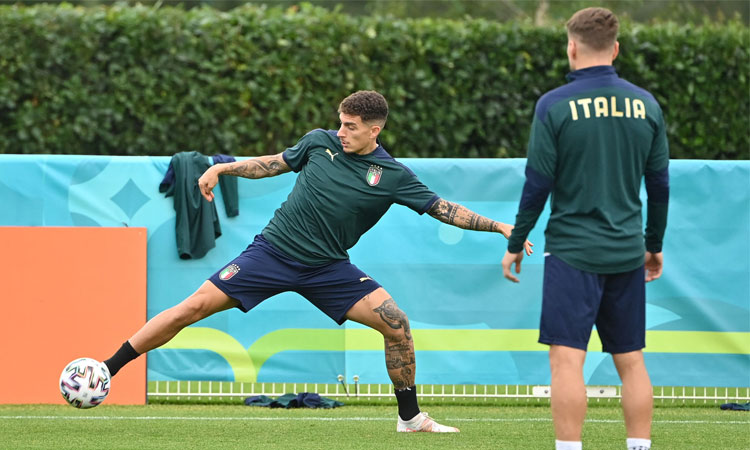 England have not won a major title since their triumph in the 1966 world Cup. This is for the first time in their 55 years of footballing history, England have managed to go beyond semis.

Wembley is set to host a large number of fans despite the coronavirus protocol being followed strictly. Since the outbreak of the pandemic, most of the sporting events were being held behind the closed doors sans fans. 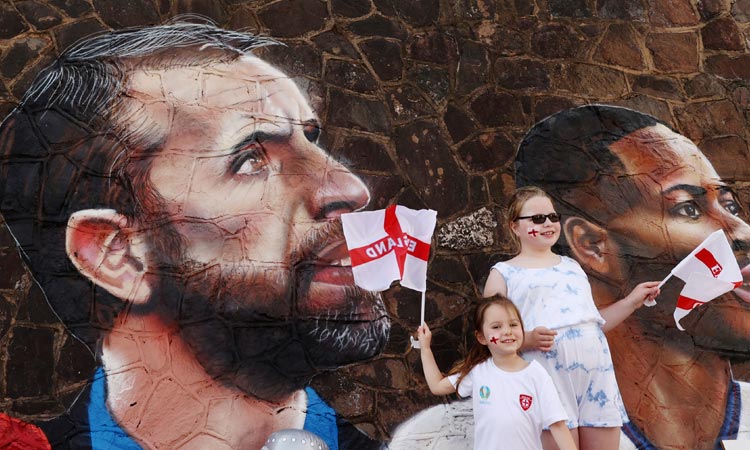 England fans pose for a photograph in front of a giant mural of Gareth Southgate and Raheem Sterling. Reuters

England though did not enter the tourney like a perennial makeweight though they were never favourites to win the title, due to their history of stuttering when it mattered the most.

They have had the advantage of playing all their matches in home comfort, knowing the conditions and the turf better than their opponents with a swarm of fans backing them with a Sweet Caroline song, which has swept the euphoric fans since their victory over Denmark in the semi-finals.

National pride will be at stake along with hopes of millions of fans who have been harbouring the one and only dream for almost a fortnight. 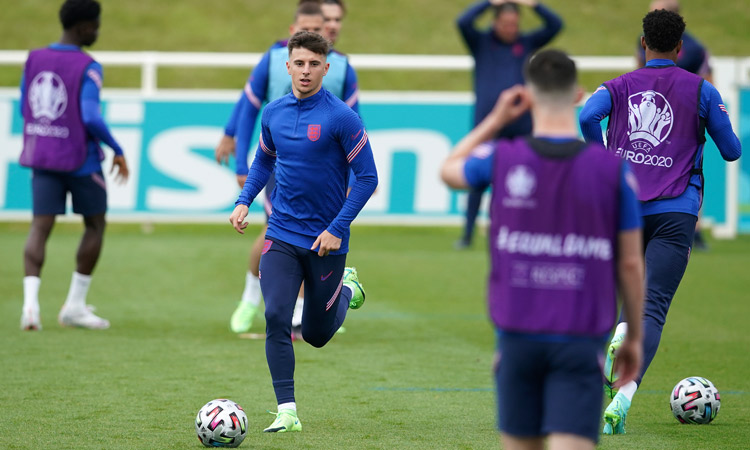 England's Mason Mount runs with the ball during a training session at St George's Park. AP

They have been revelling in the joy of the semi-final triumph, which left them grinning secretly like a lover, who often thrives on the moments spent with his beloved.

Gareth Southgate and Kane will be under enormous pressure to live up to the expectations of their fans, ranging from a forlorn and unknown football lover, living in the wilderness in some county, to the elite of the Buckingham Palace, with Queen also joining the long list of well-wishers.

The whole world is waiting impatiently to see the outcome of the most awaited Euro final ever perhaps. 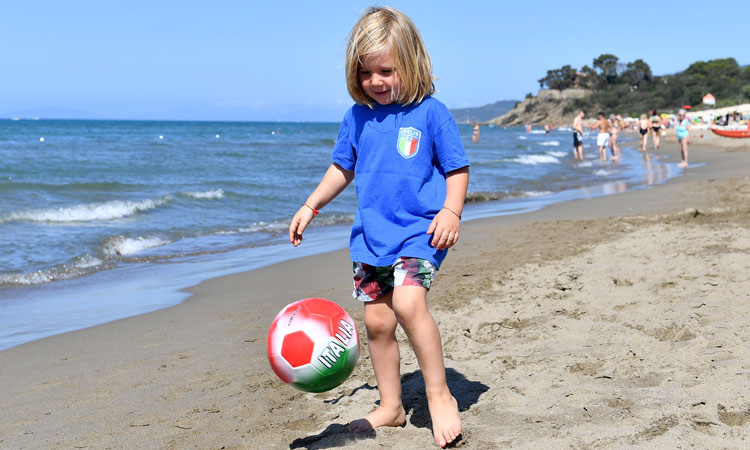 An Italy fan plays with a football on the beach. Reuters

However, England's hopes have suffered a setback with Phil Foden being doubtful for the electrifying encounter. On their way to the Euro glory, Italy stands tall.
England have never beaten Italy in a major tourney. Italy defeated them in a penalty shoot-out in the Euro 2012 quarter-finals. They also prevailed over them in the group stages of the 2014 showpiece event. 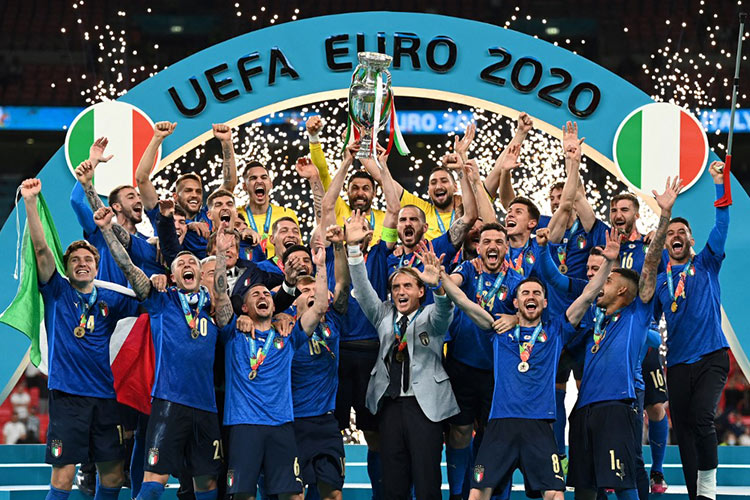 Italy inflicted more penalty heartache on England to win Sunday's Euro 2020 final 3-2 in a shoot-out, Saka missing the decisive kick to deny victory to the hosts after the game at Wembley had ended in a draining 1-1 draw through extra time. 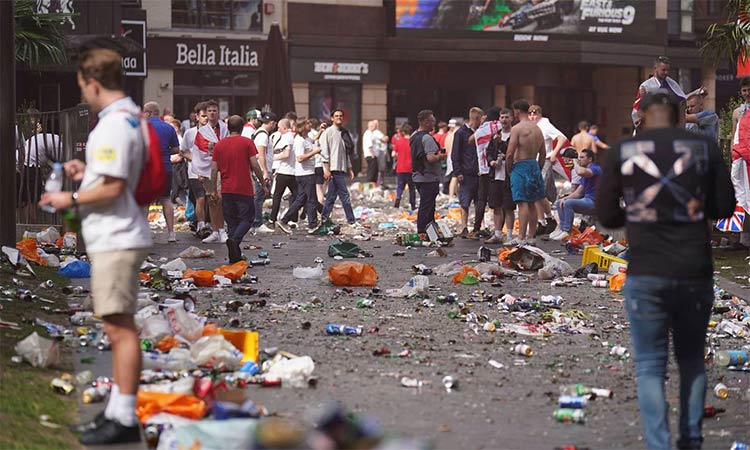 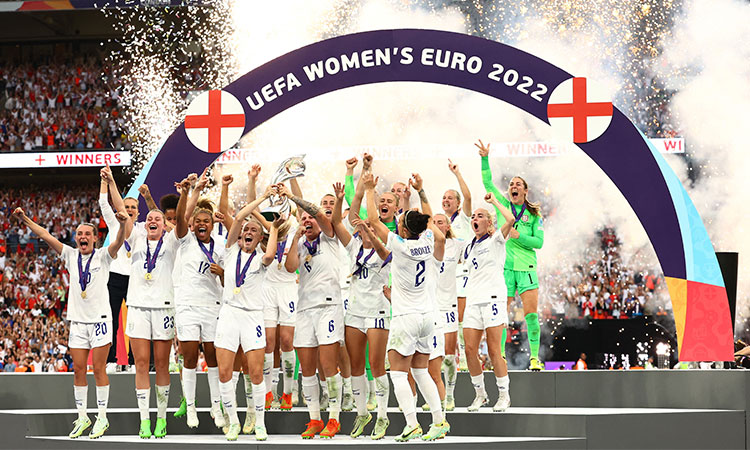 Substitute Kelly reacted quickest to a loose ball from a corner in the second period of extra time to give her side the win and avenge their defeat by Germany in the 2009 Euro final in Helsinki.