England’s World Cup hopes on the line against India - GulfToday

England’s World Cup hopes on the line against India 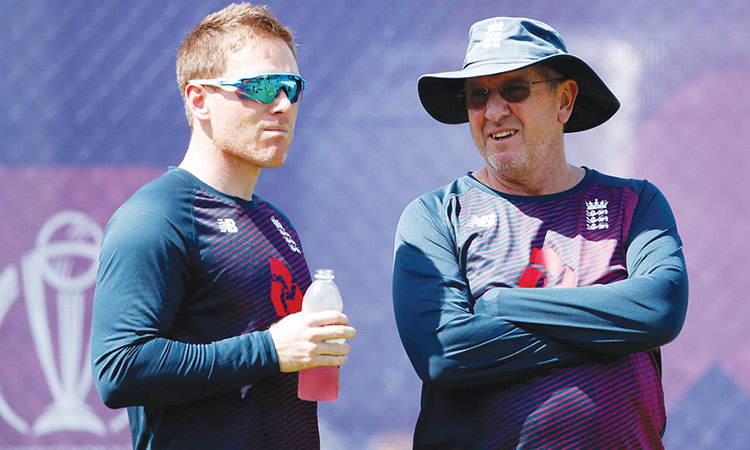 How has it come to this? It’s a question many England fans will be asking now their side’s World Cup hopes are in the balance. An England side widely tipped to end their World Cup drought by triumphing on home soil find themselves facing the very real prospect of a first-round exit heading into their match against unbeaten India at Edgbaston on Sunday.

England, despite coming into the World Cup as the top-ranked side in one-day internationals, have lost three pool matches, including their last two, against Sri Lanka and reigning champions Australia. Another defeat by Virat Kohli’s India would leave them on the brink of a first-round exit ahead of their concluding match in the 10-team round-robin phase against New Zealand.

To make matters worse for the home side, England opener Jonny Bairstow has found himself involved in a public row with former captain Michael Vaughan, who labelled his fellow Yorkshire cricketer’s claim that people are waiting for the hosts to fail at the World Cup “negative” and “pathetic”.

England’s white-ball revival from the depths of their first-round exit at the 2015 World Cup was built on aggressive top-order batting that saw them compile huge totals.

But they have been unable to adjust their game on the more bowler-friendly surfaces at this World Cup, where lower totals and a more old-fashioned approach of not losing early wickets and then accelerating has been the policy of successful sides such as Australia.

Now they are set to face India’s spinners on an Edgbaston pitch that generally provides more turn than any other World Cup venue.

England’s two most recent defeats have coincided with the absence through a hamstring injury of Jason Roy, with replacement James Vince struggling to fill the gap left by the Surrey opener.

Vince is only in the squad because England ditched regular back-up batsman Alex Hales for a second positive test for recreational drug use -- a decision taken on the grounds of maintaining team “culture” that they could live to regret.

“We know we can perform better as a group and Jason is a fantastic player to have available. It would be a boost to have him play “ England’s Jos Buttler said at Edgbaston on Friday.

England’s dilemma was summed up by Ben Stokes after his 89 failed to prevent a 64-run defeat by Australia at Lord’s on Tuesday.

“We just need to adjust to situations and then conditions, but we are not for one minute going to take a backward step,” he said.

Former England captain Mike Atherton, writing in The Times, said: “It requires thought and intelligence to adapt, without sacrificing the intent that is fundamental to their approach -- a tricky balance.”

Buttler said the side were capable of handling the stresses of tournament play, saying “pressure is a privilege”.

Adding to England’s problems are injury fears over fast bowler Jofra Archer (side) and leg-spinner Adil Rashid (shoulder), while Sunday’s match may well feel like an away game given India fans could constitute the majority of the Edgbaston crowd.

India, by contrast, will guarantee a place in the semi-finals if they win, although there are concerns they are too reliant on Kohli for runs.

“At the top of the order, Rohit Sharma has not fired the last couple of times, and that means KL Rahul needs to do more,” said former India opener Krishnamachari Srikkanth.

“Everyone knows he is capable of doing it, he has done it before and will need to correct his course.”

So too will England.

Meanwhile, Morgan says England need to adapt better to home conditions but is confident they will not buckle under pressure against India as they scrap to keep their World Cup hopes alive.

The skipper, speaking on Saturday, said England had regained their focus ahead of the match at Edgbaston and their final game against New Zealand.

“We are handling it well,” he said. “Playing in a home World Cup for your own country is an extremely privileged position to be in.

“If we win the two (games), go through to the semi-finals. If we win that, we get through to a World Cup final. There’s still a lot on the line, and we’re really looking forward to it.

“It is not worth thinking about losing. Mathematically there is still a chance if we lose but we want to win two and tomorrow is a huge priority.” Morgan said his side, renowned for the power-hitting that took them to the top of the one-day international rankings, needed to be flexible in their approach after poor batting displays against Sri Lanka and Australia. 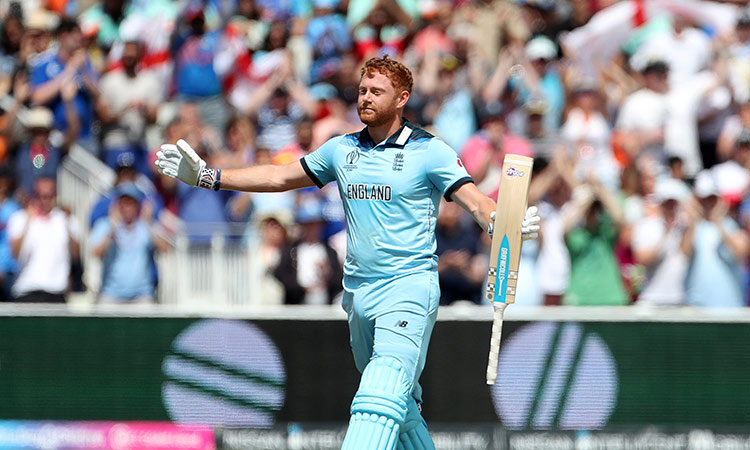 Bairstow, Stokes star as England pile up 337-7 against India in World Cup

Jonny Bairstow hit a hundred and Ben Stokes added a blistering 79 as England posted an imposing 337-7 against India in a crunch World Cup match for the tournament hosts on Sunday.