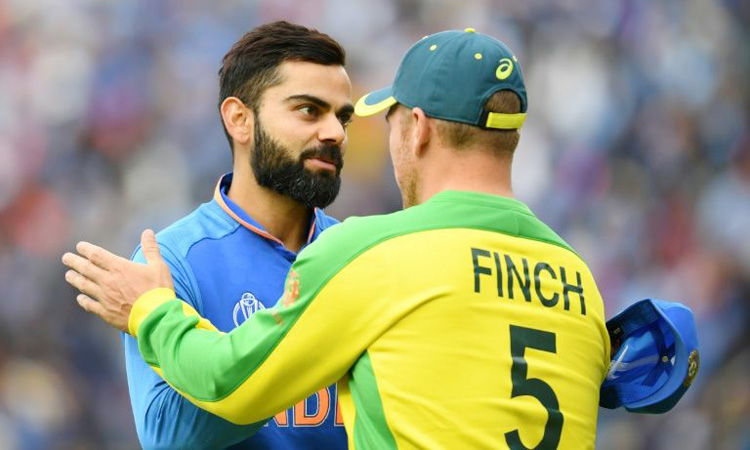 Defending champions Australia, two-time winners India and England have already booked their place in the final four ahead of Saturday’s games.

New Zealand are almost certain to take fourth spot, barring a freakishly big win for Pakistan in their final group game against Bangladesh on Friday.

In order to leapfrog Australia, Virat Kohli’s India need to beat Sri Lanka at Headingley but also need help from South Africa, who face Aaron Finch’s side later on the same day at Old Trafford.

The top-ranked team will face the side that finishes fourth, likely New Zealand, who have lost three straight matches.

England are guaranteed to finish third and will meet the side that finishes second at Edgbaston on July 11. The first semi-final is on July 9 at Old Trafford and pitches first against fourth.

England captain Eoin Morgan has voiced his liking for Edgbaston as a venue after his side, eyeing their maiden World Cup triumph, beat India by 31 runs in a league game on Sunday.

The host nation, who started the tournament as favourites, lost their way with consecutive defeats against Sri Lanka and Australia but hit back strongly to beat India and New Zealand, rediscovering the zest that made them the world’s most-feared one-day international side.

“The team that you’d like to face is New Zealand and that’s why I can’t see how Australia slip up on Saturday,” he told the BBC.

“There’s two reasons why I don’t think that will happen. Australia are playing at Old Trafford against South Africa. They know that if they finish top they play New Zealand again there on Tuesday and as a team they can settle in Manchester, they can get their kit in the dressing room and they’re potentially going to have two games on the same pitch in the space of four or five days. “

“South Africa have been poor and you’d expect Australia to win that game and play New Zealand in the semi-final,” he added.

“You never know, it might be an Australia versus England final. That would be nice, wouldn’t it?”