Heads likely to roll in Pakistan camp after India rout 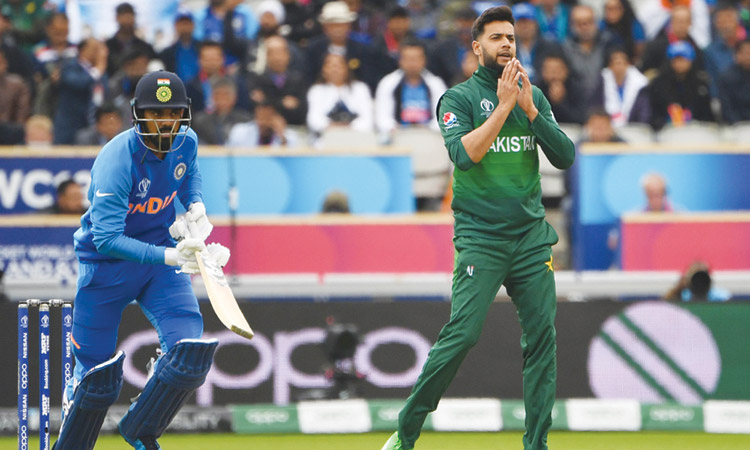 Sharjah: Cricket’s most dreaded rivalry did not live up to the expectation as Pakistan fizzled amid light drizzles, failing to break the World Cup jinx against India at the Old Trafford once again.

And with the most recent loss it has become 7-0 at the games biggest stage over a period of 27 years. India have managed to keep the stranglehold against their arch-rivals in the seven editions for almost three decades.

The outcome was very much expected but the aftermath reactions are weird to put it mildly.

It is much ado about nothing. It was a very routine and expected and everyone knew it deep down, even Pakistan knew it.

How can a team, which is coming into the tournament on the back of 11 successive losses, be expected to beat one of the strongest contenders.

The blame game has already begun and Sarfaraz is likely to be made a scapegoat to be sacrificed at the altar of yet another disgraceful loss to the bitter rivals.

He is being trolled on social media by the fans and lambasted by former greats for picking up a wrong team and choosing to field after winning the toss.

It is a known fact that the playing eleven and electing to field or bat after winning the toss is decided by the team’s think-tank and not the captain alone.

And according to sources, the captain wanted Mohammad Hasnain and Asif Ali in place of veteran Shoaib Malik and Imad Wasim, but the team management decided otherwise.

Success has many fathers but failure is often like a child born out of illicit relationship, whom no body wants to take the responsibility for. Only the mother is left alone to face the world and in this case, that hapless mother is Sarfaraz.

Why did he play more spinners when India are good at playing spin bowling?  Why was Mohammad Amir not brought into the attack after the fall of the first wicket to put more pressure on India? What should have been done and what not?

The matches that transpires on the pitch are won or lost off it. Instead of playing blame games, Pakistan should introspect on their performance where they erred. They need to bring the changes at the grass-root level.

After the World Cup, some heads may roll. The captain and the coach might have to pay the price with their jobs to pacify fans.

Malik and Hafeez should also think of the future of their team and make way for the youngsters, so in the next edition they are better prepared.

A full-strength-but-weak Pakistan were no match against the depleted-yet-strong India.

In-form opener Shikhar Dhawan was ruled out of the match after scoring a century against Australia but India were unfazed.

Kohli left the field despite being not out and Babar Azam had a lucky escape as India did not appeal when he was out, but even that did not help the case.

This shows the wide gap between the teams India’s bench strength is as strong as playing eleven. The rich reserve of players that the coach and captain have at their disposals make India strong enough to overcome any challenges.

The script of this match was written long back. India had been working hard on trying out the best combination for the mega event for last two years while Pakistan were busy in a cat-fight. The heights reached and kept by the great men were not attained by a sudden flight, they were crawling upward while their counterparts slept at night.