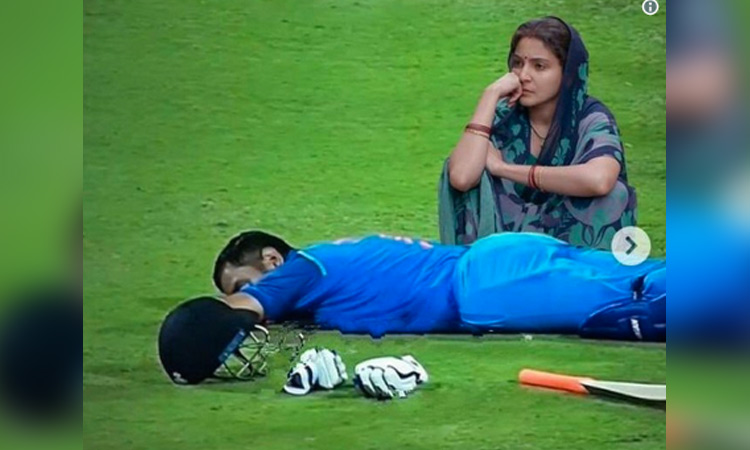 Virat lying on the ground while a morphed Anushka Sharma sits next to her husband with a look of disappointment. Twitter photo

On Wednesday, India crumbled to New Zealand's terrific pace attack in the high-voltage semi-final match at Old Trafford at the World Cup 2019.

Chasing 240 for victory, India lost four of their top batsmen for 24 runs in the first 10 overs and were eventually bowled out for 221. 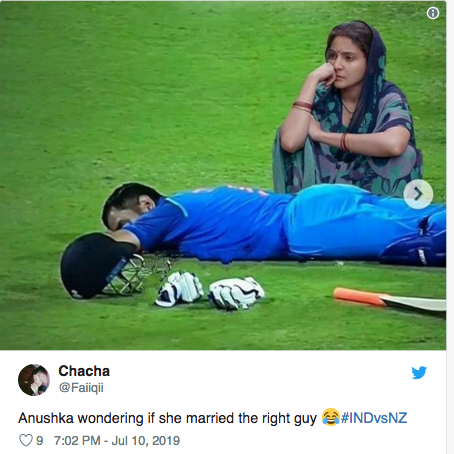 As much as captain Virat Kohli's team shock-defeat brought sorrow to cricket-mad Indians, it came as a massive ray of euphoria to people hailing from the neighbouring Pakistan, so much so that they flocked to social media sites to express their immense ecstasy. 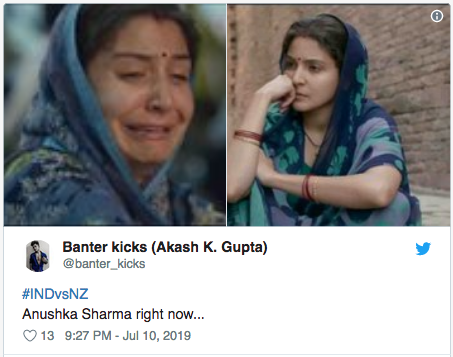 Twitter, in particular, erupted with comedic memes that deciphered the extreme delight netizens in Pakistan felt after India's abysmal exit from the World Cup. 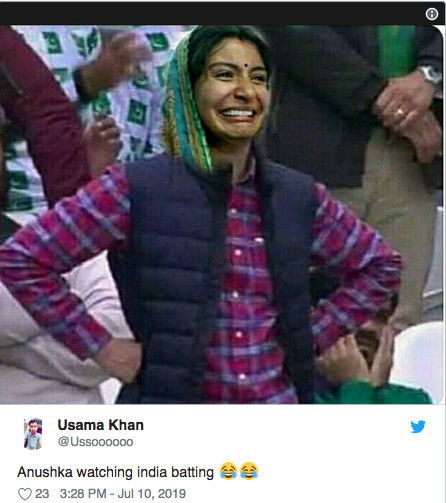 At the epicenter of all memes is one specifically that has gone viral over the internet spreading like wildfire.

The meme shows Indian captain Virat lying on the ground covering his face while a morphed Anushka Sharma (from one of the scenes in her movie 'Sui Dhaaga') sits next to her husband with a look of disappointment across her face.