Troubled PSG throw away lead again to lose at Montpellier 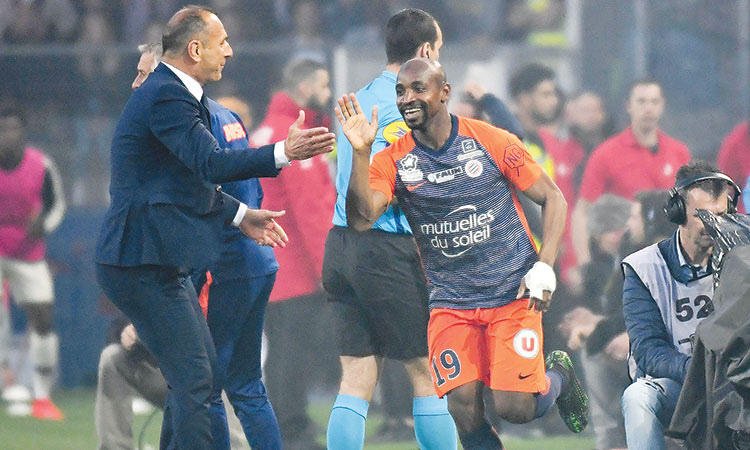 Paris Saint-Germain’s end-of-season meltdown continued on Tuesday as the Ligue 1 champions twice threw away the lead in a 3-2 defeat at Montpellier, three days after dramatically losing the French Cup final.

Souleymane Camara netted Montpellier’s winner five minutes from time after Leandro Paredes was caught in possession on the edge of his own area.

Before that, Presnel Kimpembe’s own goal had cancelled out an Ambroise Oyongo own goal that had given PSG the lead. Angel Di Maria put the visitors back in front, but Andy Delort made it 2-2 before Camara sealed the points.

PSG wrapped up their sixth league title in seven seasons a week ago, but this result means they have won one and lost three of their last five league games.

“We made individual errors, too many of them, and big mistakes,” lamented coach Thomas Tuchel.

“In these conditions it is difficult to win a match at Montpellier, who are a very strong and aggressive team defensively.” This latest defeat will increase the pressure on Tuchel, whose future has been called into question with his team’s domestic slump following their humiliating Champions League exit against Manchester United.

PSG threw away a two-goal lead in Saturday’s French Cup final before losing on penalties to Rennes. Kylian Mbappe was sent off in that game, while Neymar later apologised after hitting a fan who taunted the Brazilian as he went up to collect his runners-up medal.

Neymar started in Montpellier, but Mbappe was absent due to suspension, with several other players also absent.

“The situation is always the same. We only have 15 players because everyone is injured,” moaned Tuchel.

“This has been the situation since January, February, and it’s too long.” When Cameroon defender Oyongo turned in Juan Bernat’s low cross early on, it looked like PSG might get back to winning ways.