Zidane bemused as Spanish press round on Bale - GulfToday

Zidane bemused as Spanish press round on Bale 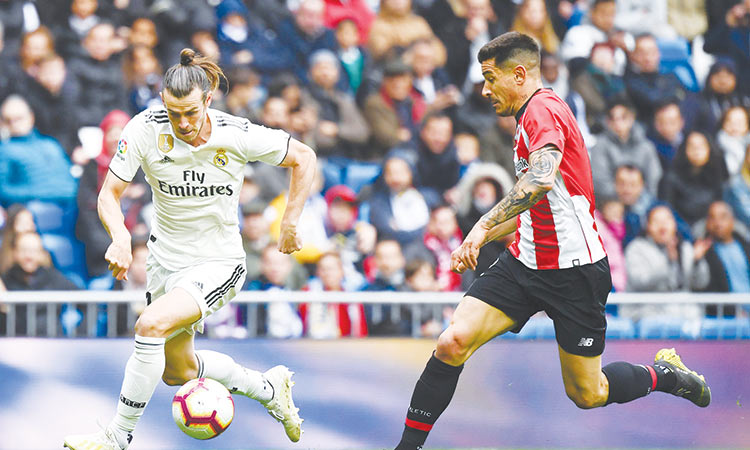 Real Madrid coach Zinedine Zidane is bemused by his team’s fans’ attitude towards Gareth Bale after they booed the Welsh forward during Sunday’s 3-0 La Liga victory over Athletic Bilbao.

When quizzed on why a player who has won four Champions Leagues in five seasons in Madrid – including scoring decisive goals in two of the finals – is given such a hostile reception by fans Zidane said; “I don’t know. Honestly, I don’t understand it.”

Bale came on as a substitute after being left out from the start for the second consecutive game by Zidane and irked the Bernabeu faithful by missing a one-on-one chance.

The reaction was in stark contrast to the one that greeted Isco, who came on to the pitch at the same time as Bale to much delight from the stands.

For his part, Bale shrugged off missing the presentable opportunity by unselfishly teeing up Karim Benzema for his hat-trick but that did not saved him from a mauling by local media on Monday. “The intention is to sell him, but there’s no offers forthcoming,” read the front page of Marca, accompanied by a picture of the 29-year-old Bale looking sullen.

“They’re now open to the idea of loaning him out,” the paper continued. The same newspaper reported recently that Chelsea’s Belgian forward Eden Hazard will be signed to take Bale’s place in the squad. A scathing opinion piece in the paper went further.

“Madrid, or rather their president, have been procrastinating with Bale.”