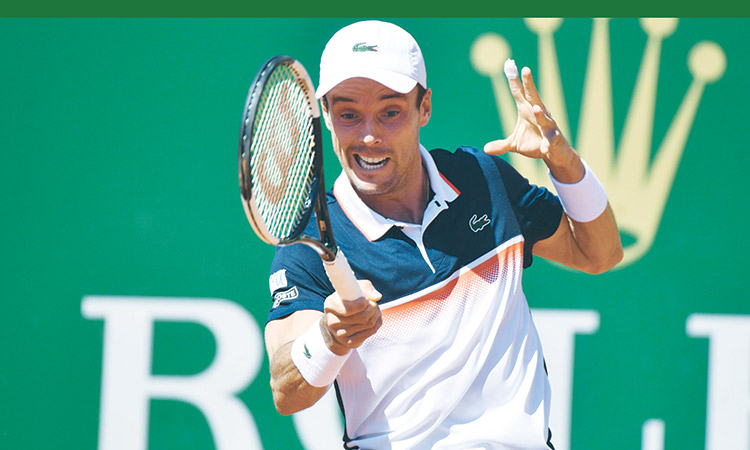 Rafael Nadal offered a low-key appraisal on Monday of his chances for a record-extending 12th Monte Carlo Masters title as he prepares to return from his latest injury lay-off.

The 32-year-old Spaniard, whose bad knees and constant stoppages from competition have defined his career as king of clay, was extremely hesitant to even rate his chances as he gets set to face Roberto Bautista Agut in Wednesday’s second round start.

“I cant give you any feeling, it’s been a rough year and a half for me,” Nadal said ahead of his first match since withdrawing with another knee injury prior to an Indian Wells semi-final against Roger Federer last month.

“It’s tough for me to get a clear view of how I am. It’s all hard for me personally.”

Nadal has a vast number of ranking points to defend on clay after lifting titles in a spectacular 2018 run at Monte Carlo, Barcelona, Rome and Roland Garros.

His only other trophy during a season in which he did not play at all after the US Open came on hard court in Toronto, where he beat young gun Stefanos Tsitsipas in the final.

“It’s been hard for me personally,” Nadal said of his latest physical setback.

“Now the work of every day is to improve, (make) small improvements in every practice.

“It’s important for me to have a good practice before the tournament starts and then try to be competitive for the first round.

“it’s gonna be a tough one (match with Bautista Agut), so let’s see.” Nadal is seeded second here behind Novak Djokovic, who is hoping to build for the French Open as he attempts to complete a personal sweep by winning his fourth straight Grand Slam title.

Fifteenth seed Shapovalov has yet to claim a win in the Principality after losing in the first round a year ago to Tsitsipas. The nearly two-hour effort was marred by 10 double-faults from the Canadian youngster, who was broken six times.

Italy’s Fabio Fognini thrilled fans from across the nearby border with his 4-6, 7-5, 6-4 comeback defeat of Andrey Rublev.