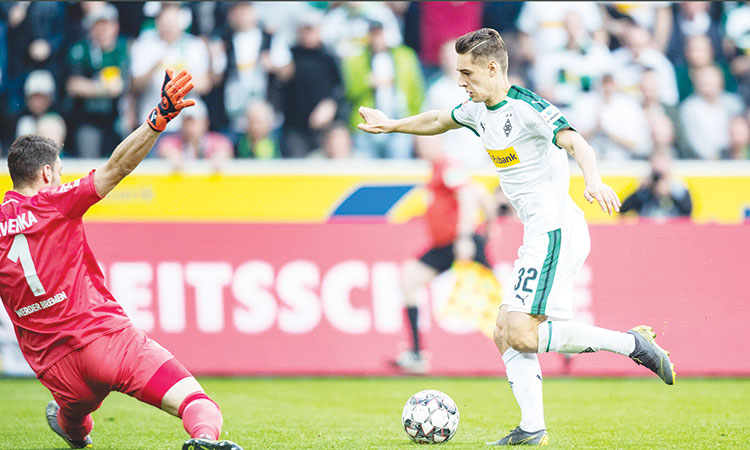 The Dutch midfielder’s 79th minute header was a cruel blow for Gladbach, who had looked on track to end their recent run of poor form with a hard-fought win.

“It was important to bring a bit of emotion onto the pitch today, and we did that and got the fans behind us,” Gladbach midfielder Christoph Kramer.

“A point is no use to us really, but the way we played was a good sign after our bloodless performances in recent weeks.” Gladbach dropped out of the top four last weekend, after which it was announced that coach Dieter Hecking would leave the club at the end of the season.

They have won just one of their last seven games, and are three points adrift of fourth-placed Eintracht Frankfurt in the chase for a Champions League spot.

Florian Neuhaus’ opener just after half-time breathed life into what had been a dreary game. A mistake by Bremen captain Max Kruse allowed Gladbach to counter-attack, and the 22-year-old rounded the goalkeeper and finished from a tight angle.

Yet with 11 minutes to go, Yuya Osako picked out Klaassen, who sent a powerful header past Gladbach goalkeeper Yann Sommer.

The draw crowns a successful week for Bremen, who won their German Cup quarter-final in midweek to set up a semi-final tie with Bayern Munich later this month.

They are eighth in the Bundesliga, one point behind Hoffenheim, who thrashed Augsburg 4-0 in Sunday’s early game.