What could make America happy again? 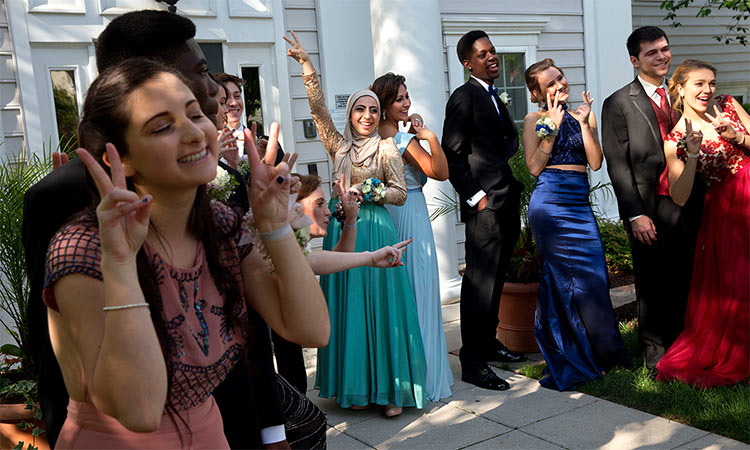 To make America happy again, society has to figure out how to make our country whole. Understanding what divides Americans — and what gives them hope —could be critical to improving their well-being and the nation’s.

By tracking patterns in well-being, and creating programmes based on the results, we can take steps toward tackling the malaise that afflicts many of us, including the physically and mentally stressed, the jobless, the aging and those struggling with drug use.

Surveying well-being and ill-being involves asking people how satisfied they are with their lives, what their hopes for the future are and whether they recently experienced such emotions as anger or contentment.

When I explored such surveys for my 2017 book on well-being, some surprising patterns emerged. Chief among them: Well-being is more unequal in the US across race and income groups than in many other countries. Happiness has fallen the most over time among the white population (particularly males) and (less surprisingly) the least educated. Distress was greatest among those in middle age. And African Americans were much more optimistic and hopeful than their white counterparts. It’s long been reported that optimists live longer and healthier lives. My recent research has found that to be true among those born between 1935 and 1945 and still alive in 2015.

When civil and gender rights improved in the 1970s, women and African Americans became increasingly optimistic. At the same time, less-educated white men became decidedly less optimistic as the manufacturing sector declined, a downward turn that could be related to a loss in status.

Research a colleague and I conducted on well-being surveys shows that the same people and places that reflect the greatest losses in optimism (and increases in worry) in recent years are the most vulnerable to the deaths of despair (because of suicide, drug overdose and alcohol) that are driving up the country’s overall mortality rate.

In addition, mental distress is often compounded by physical pain. A study titled “Unhappiness and Pain in Modern America,” published this month in the Journal of Economic Literature, analyzed data from 30 countries around the world and showed that Americans reported experiencing significantly more pain than respondents in the other countries.

The pain of some Americans can be attributed to years of physical labour or the lack of access to good healthcare, problems often compounded by being overweight and obese. Yet white Americans report significantly more pain than African Americans, who have equally poor or worse health indicators. The disparity may be because of the nature of pain, which is not only physical. Pain has psychological components too.

Work based on well-being metrics shows that desperation can be reversed. Interventions and simple programs can improve a person’s outlook. Such approaches include increasing access to volunteering, the arts and shared green spaces. Simply interacting with members of the community has been shown to raise the well-being of those who have retired or dropped out of the labor force and are often home alone.

In Santa Monica, I worked with a team in 2015 that designed a well-being tracking index and related interventions. When the survey identified social isolation as a marker of low well-being, the city responded with programs that support community engagement. These included group walks, library visits and art projects.

Studying the metrics helps pinpoint trends and identifies the vulnerable. Yet for interventions to be effective, they must also address such underlying causes of unhappiness as drug addiction and joblessness. The high levels of reported pain in the US also reflect an epidemic of misuse of and addiction to opioids and other painkillers.

Sociologist Andrew J. Cherlin of Johns Hopkins University has extensively interviewed children of steelworkers from the now-defunct Bethlehem Steel complex in Baltimore. While many of the African American workers faced significant discrimination, many of their children attended college and moved to better neighborhoods. Yet they return most weeks to the church near the factory and reap the psychological benefit of giving back to their community.

One crucial key to making America happy again may lie in understanding the hope and resilience of those who have been traditionally disadvantaged yet still believe in a version of the American dream.