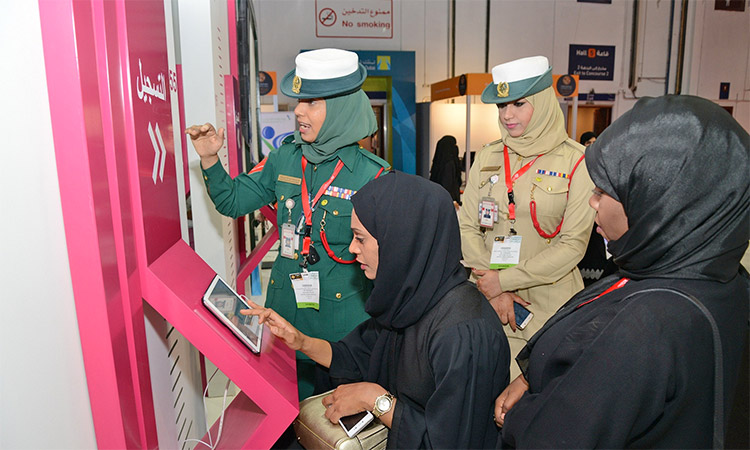 Empowerment and protection of women is a key pillar of the UAE’s strategy.

The UAE’s move to pledge US$10 million to support ending of sexual and gender-based violence is very commendable.

This came when a UAE delegation led by Zaki Nusseibeh, Minister of State, co-hosted the “International Conference on Ending Sexual and Gender-based Violence in Humanitarian Crises” which was held in Oslo, Norway on May 23-24.

In his opening address, Zaki Nusseibeh stressed “that the empowerment and protection of women is a key pillar of the UAE’s strategy. Women’s empowerment has always played an important role in the journey of the UAE’s development and has acted as a main driver of the country’s ascent to the global arena.”

The UAE’s commitment to the empowerment and protection of women spurs from the legacy of late Sheikh Zayed Bin Sultan Al Nahyan, and is being upheld by the wise leadership now.

Emirati women have been one of the cornerstones of the nation’s development since it was founded in 1971.

In her capacity as President of the UN Women Executive Board for 2017, Lana Nusseibeh, Ambassador and Permanent Representative of the United Arab Emirates to the United Nations in New York, stressed that women’s economic empowerment is critical to achieving the Sustainable Development Goals.

Nusseibeh went on to say that the UAE believes in UN Women’s ability to promote and further gender equality and women’s empowerment in the world.

Her Highness Sheikha Jawaher Bint Mohammed Al Qasimi, Chairperson of the NAMA Women Advancement Establishment, has said, “We have worked alongside men in taking the UAE to its position as a major player on a global stage.”

Over the last five years, the UAE has dedicated $322 million for humanitarian initiatives focused on women and girls. Additionally, it has developed a “100 percent Women” Policy which aims to enhance the nation’s commitment to the protection of women and girls’ as a part of all UAE funded humanitarian programmes and projects implemented in humanitarian crises.

The country has hosted technical meetings to develop Abu Dhabi’s “Every Woman, Every Child, Everywhere” initiative, which aims to determine which sectors should be prioritised during humanitarian response in order to protect women and children.

The Sheikha Fatima Bint Mohammed Initiative, FBMI, is an Emirati initiative that aims to empower women and raise living standards of the people in Afghanistan.

The initiative has resulted in over 4,000 jobs for Afghan artisans, 70 percent of which are women, 35 percent widows.

FBMI’s impact has had a solid impact on Afghanistan’s economy.

The success and exciting future of FBMI is a testament to the vision and commitment of Sheikha Fatima Bint Mohamed Bin Zayed and the government of the UAE to the empowerment of women, a vital element in achieving international peace and security.

The UAE also signed anMoU with the International Committee of the Red Cross, ICRC, to implement humanitarian projects in Myanmar in support of the Rohingya community and in the Democratic Republic of the Congo. These programmes focus primarily on issues concerning women and children.

At a time when a few nations in the world are paying lip service to equality for women, the UAE is surging ahead remarkably in promoting gender balance and seeing that women play a prominent role in the country’s growth.