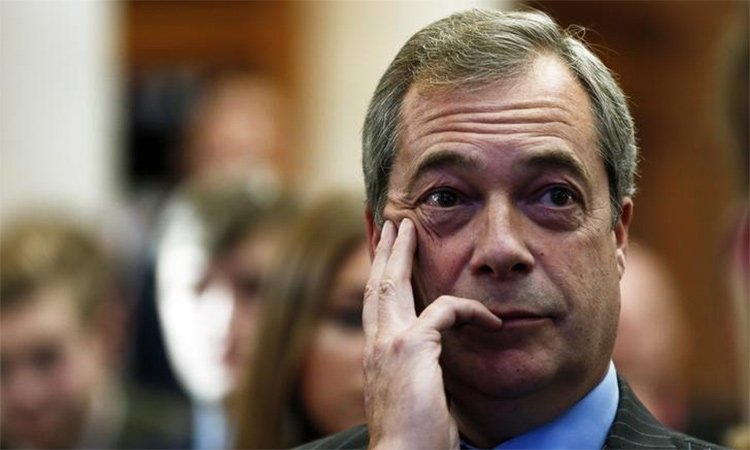 Parliament’s inability to agree a withdrawal deal meant the UK did not leave the EU on 29 March. Theresa May’s government confirmed a new target date of 31 October with Brussels. This gives fresh hope to those wanting Brexit softened, if not cancelled, as progress remains stalled.

This is more of a trick than a treat for Leavers. Delaying Brexit is seen as a denial of democracy. The problem is no longer reasserting Britain’s sovereignty, but defending our democratic politics. To oppose Brexit is linked to being against democracy itself.

This link is the rocket fuel propelling Nigel Farage’s Brexit Party into pole position ahead of European elections within weeks of being formed. Clearly, this single issue campaign has resonated with many potential voters at the expense of other parties. The difference isn’t divided support among Remainers — as Leave voters have multiple options too — but the Brexit Party’s single minded push to make supporting Brexit a vote for democracy, thus appealing to something deeper in our British values.

Appealing to democracy is a strong, Trump-like card, but it is also the Brexit Party’s Achilles heel. Democracy matters in making political decisions legitimate. Democratic legitimacy goes hand in hand with the rule of law. One side wins over others in receiving the most votes, but not by any means. Each side must abide by the same standards to ensure the process is fair. Stuffing ballot boxes with fake voting cards is no more fair or acceptable than breaking campaign finance rules. When rules are broken in an election, defending the result regardless of what went wrong isn’t defending democracy but subverting it.

It matters crucially that the democratic process was put in danger during the referendum campaign. When one side cheats to win, it doesn’t deserve the trophy without a rematch. The Electoral Commission found electoral law was broken by Vote Leave and by Darren Grimes relating to a finding of joint working between the Vote Leave and BeLeave groups. They have since been referred to the Metropolitan Police. This isn’t about politicians misusing statistics on a bus — although Boris Johnson could be in court over his repeated £350m claim shortly. No, this is about breaking the rules to win.

Arguing a vote won unlawfully should be defended in the name of democracy makes a mockery of not only our democratic system, but other British values like fair play and the rule of law. That does not mean Brexit cannot or should not happen only that the referendum result doesn’t have the democratic legitimacy the Brexit Party claims.

Pro-Brexit voices are quick to remind voters that the main parties promised to honour the referendum outcome. They did. But this does not mean a Leave victory means any kind of Leave will do. Brexit campaigners promised options ranging from a Norway model to full single market access and beyond – sometimes saying both. This explains the confusion over what people really did want. Saying “Brexit means Brexit” was probably the only outcome different Leavers agreed.

Many might say politics trumps prosperity given the growing support for no deal. This might speak to voter intentions now, but it’s easy to neglect the fact these supporters think economic warnings about Brexit are fake news. But while there is nothing illegitimate about voters choosing an option widely seen as against their self-interest and detrimental to their current living standards, whether or not people are wrong to think Brexit is best for Britain is not the point.

Our democracy is under threat from the Brexit result. The legitimacy of the result is undermined by the unlawful means used to reach it. Maybe voters will want Brexit in greater numbers, but they should be asked in a second referendum. But it must be clear that its point is not to give the public a second chance to fix its mistake, but to give the winning campaign side another opportunity to win by the rules rather than by breaking them.

The sooner both sides in the Brexit debate see that a second vote is in their interests whether pro-Leave or pro-Remain, we have our best hope for breaking the current gridlock in parliament — and we stand up for the democracy we hold so dear. Failing to back a second vote is to say democracy only matters when you like the result and that would betray our British values altogether.