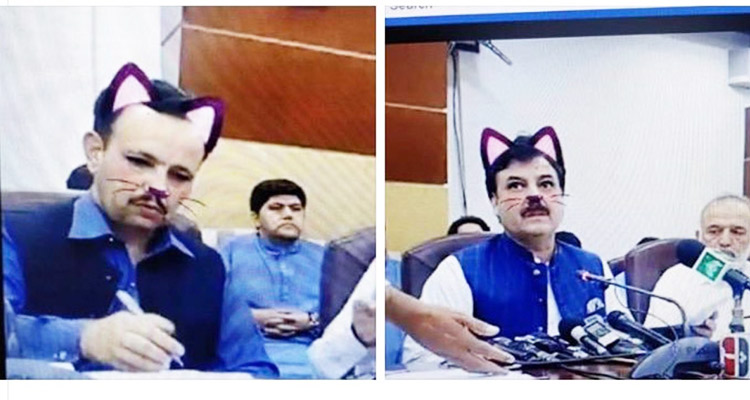 Photos of Khyber Pakhtunkhwa's Minister of Information and his fellow Ministers with cat ears and whiskers.

A press conference called by a Pakistani minister of the Khyber Pakhtunkhwa province soon turned into a "comedy of errors" after the person running its live broadcast on Facebook accidentally activated the cat filter, a media report said on Saturday.

The press conference was about the recent decisions made by the provincial assembly, but the netizens couldn't get over the mishap.

The social media team of Khyber Pakhtunkhwa was on the receiving end of online jokes after it streamed a press conference – of provincial ministers – on Facebook with the “cat filter” enabled.

A user viewing the live stream pointed out the error and the admins of the page to “turn of the cat filter as the minister had turned into a cat.” 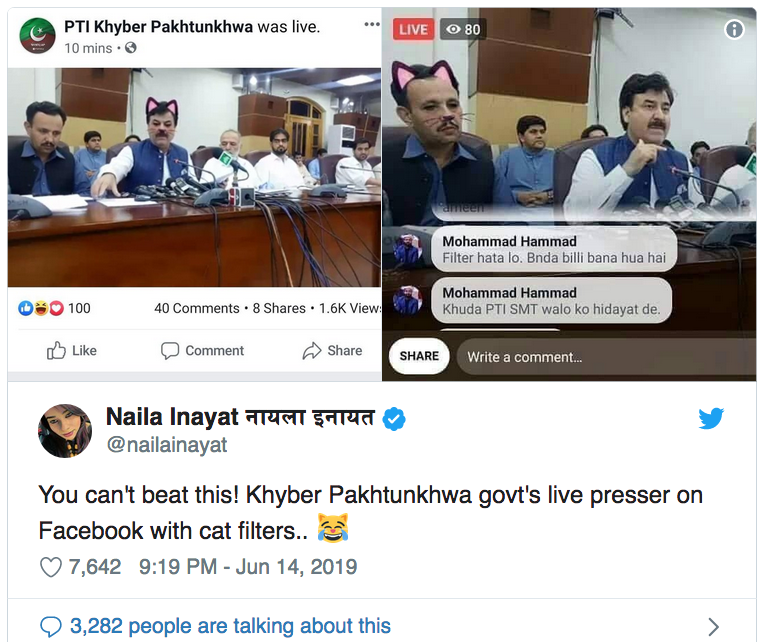 "Who let the cats out," said one Twitter user, while another posted: "Positive image of Pakistan is being promoted though a press conference streamed live on Facebook with cat filter on Ministers of KP province."

One Twitter user also said that Yousufzai "looks kinda cute" with the cat ears and whiskers.

PTI has now issued an official statement on the matter. Taking to Twitter, it read, “Clarification regarding coverage of Press Briefing held by KP’s Information Minister Shoukat Yousafzai.”

The statement added, “Yesterday, whilst covering a press briefing held by KP’s information minister Shoukat Yousafzai, a cat filter was witnessed by the viewers which was removed within few minutes.”

Calling it a human error, PTI shared necessary actions have been taken to avoid such incidents in the future.