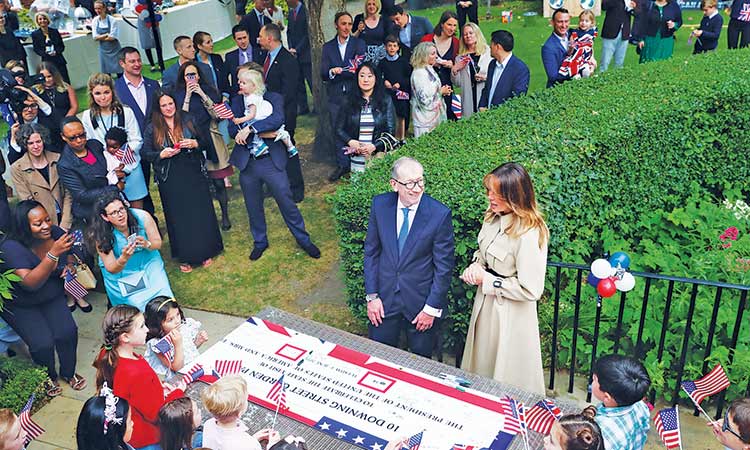 Melania Trump and Philip attend a garden party in London on Tuesday. Reuters

US First Lady Melania Trump joined Prime Minister Theresa May’s husband Philip on Tuesday at a garden party at Downing Street where, under cloudy skies, they listened to a brass band and met the children of British and American diplomatic staff.

Britain rolled out the red carpet for US President Donald Trump and his wife on Monday, laying on the pomp and pageantry of a full state visit, including a lavish banquet with Queen Elizabeth at Buckingham Palace.

While the two leaders met to discuss trade and politics, their spouses joined the staff from May’s official residence at Downing Street and the US embassy in London at the traditional English garden party, arriving outside shortly after it stopped raining.

Philip, an investment relationship manager, has been a supportive but quiet presence at May’s side during her turbulent time in power.

After almost three years in Downing Street, she will resign as Conservative Party leader on Friday after failing to deliver Brexit, but remain in post as prime minister until her successor is elected.

Melania, frequently pictured at the president’s side and treated as a fashion icon by the media, is a former model more than 20 years Trump’s junior.

She disembarked Air Force One in England wearing a navy pencil skirt and jacket and an archive print pussy-bow blouse by British label Burberry.

Her choice of an elegant white dress with navy belt and collar to meet the Queen was compared to a similar outfit worn by Princess Diana, the mother of Princes William and Harry, who died in 1997.

US President Donald Trump was shown a handwritten parchment copy of the US Declaration of Independence — one of only two known to exist — during a visit to British Prime Minister Theresa May’s office on Tuesday. 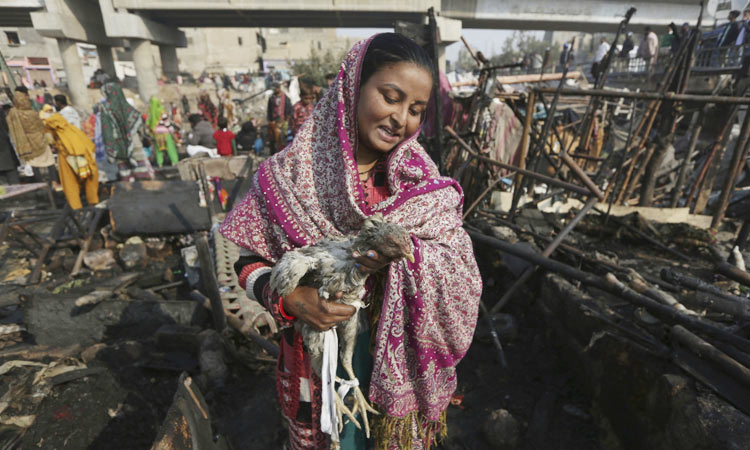