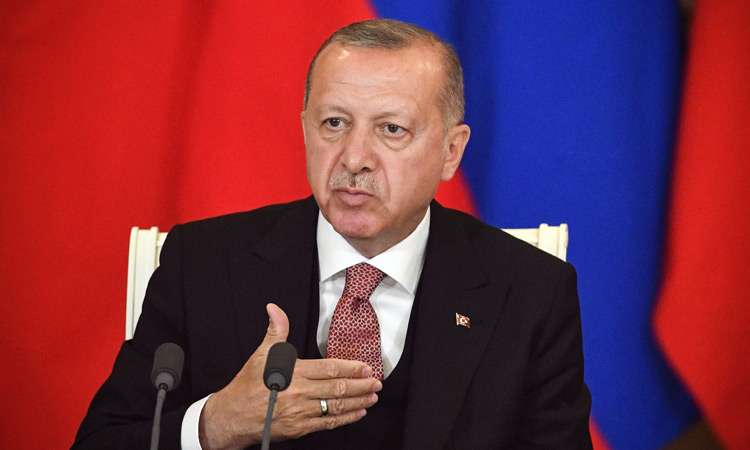 Turkish President Recep Tayyip Erdogan speaks in a press conference at the Kremlin in Moscow, on Monday. Alexander Nemenov/AFP

Turkish police on Tuesday detained over 100 individuals nationwide for suspected ties to the group blamed for a 2016 attempted coup, state media reported.

Tens of thousands of people have been taken into custody over alleged ties to US-based Muslim preacher Fethullah Gulen since the failed coup while over 140,000 public sector employees have been sacked or suspended.

After public prosecutors in several cities including the capital Ankara and coastal city of Izmir issued over 400 arrest warrants, 127 suspects were detained, according to numbers provided by state news agency Anadolu.

Raids to catch the others continued.

Individuals sought included former police officers and others accused of using the encrypted ByLock messaging application which authorities suspect was used by Gulen's supporters to coordinate the coup bid, the agency reported.

The raids across Turkey have shown no sign of slowing down, with hundreds of detentions in recent months despite heavy criticism from Western allies and rights activists who say the arrests are part of a crackdown on dissent.