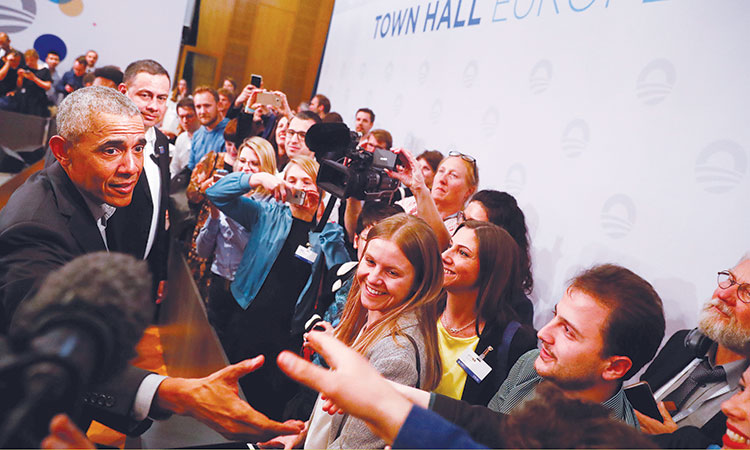 Barack Obama greets participants at an event in Berlin, Germany, on Saturday. Reuters

BERLIN: Right-wing populist parties are gearing up to campaign for European Parliament elections next month, but policy differences and the Brexit drama threaten their dream to “unite the right”.

Many fear the May 26 vote will be a wake-up call for Brussels on the reality that Europe’s anti-immigration and blood-and-soil patriotic forces have moved from the fringes to the mainstream.

Once considered outsiders, they could now end up with one fifth or more of the seats, allowing them to shift the tone of political discourse and make a claim for legitimacy.

Key players are Marine Le Pen’s National Rally (NR) in France and the Italian League of Matteo Salvini, who is hosting a meeting of like-minded right-wing groups in Milan on Monday.

In the EU’s top economy, the Alternative for Germany (AfD) has become the biggest opposition party by railing against Chancellor Angela Merkel and her 2015 decision to allow a mass influx of asylum seekers.

The AfD launched its election programme in the southwestern city of Offenburg on Saturday, calling for “a Europe of fatherlands” and opposing the EU’s immigration, financial and climate policies.

“This European campaign is a campaign about identity,” said Party co-leader Alexander Gauland.

“The European Union is not a state, it doesn’t need a parliament,” he added.

Despite financial scandals the AfD enjoys the support of ten per cent of voters, according to opinion polls, with its popularity highest in the former East Germany. On Monday in Milan, Italian deputy PM Salvini will follow up and gather allies from across Europe to try to lay the foundations for a future hard-right grouping in the now 751-member European Parliament.

Salvini and Le Pen also agreed to call another meeting in May, after they met in Paris on Friday, a NR source said. “The leaders are considering a common manifesto to close the electoral campaign and announce the start of a new Europe,” said a spokesman for Salvini. So far, Europe’s right-wing nationalists have been divided into three blocs and a tangled web of alliances in the legislature that moves between seats in Brussels and the French city of Strasbourg. 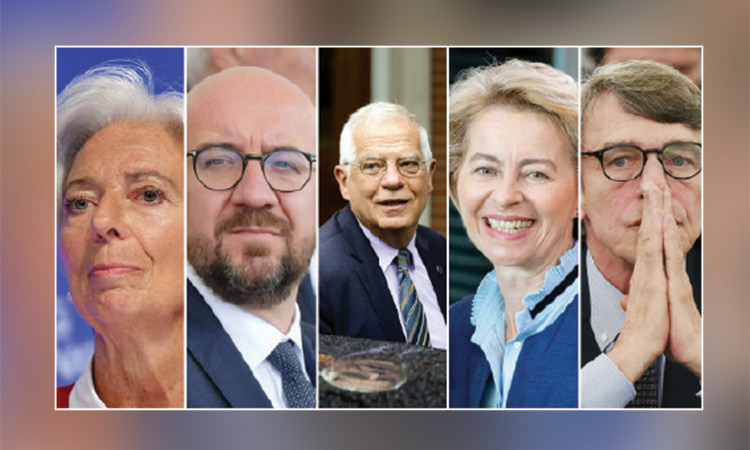 The newly-elected top European Union (EU) leaders who take office on Nov.1 are no more likely to adopt and implement region-friendly policies than their predecessors were. 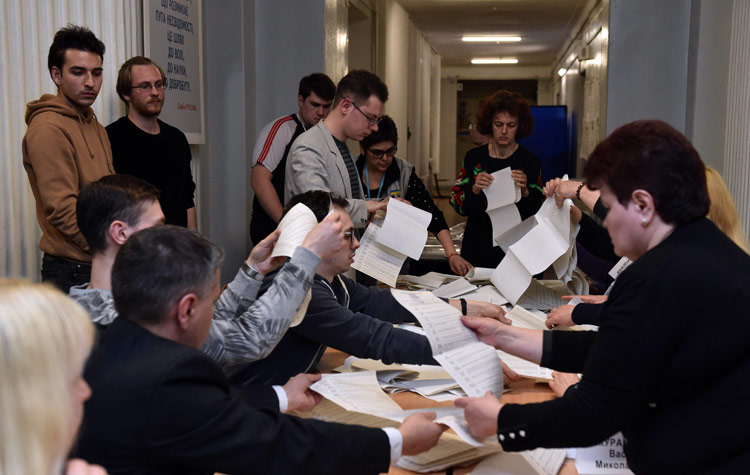 Ahead of European Parliament elections next month, far-right parties throughout Europe are joining forces, forming a new alliance under Steve Bannon’s wing.