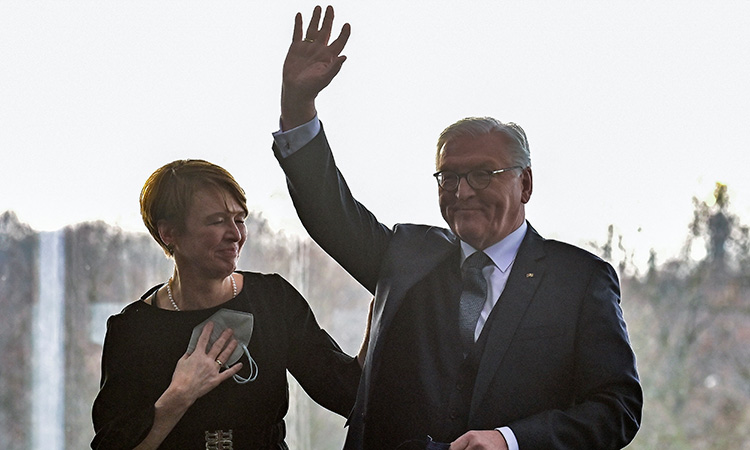 Frank-Walter Steinmeier waves next to his wife Elke Buedenbender after his re-election in Berlin. Reuters

President His Highness Sheikh Khalifa Bin Zayed Al Nahyan sent a cable of congratulations to Dr Frank-Walter Steinmeier on his re-election as the German President.

Steinmeier is a member of the Social Democratic Party of Germany (SPD), holds a doctorate in law and was formerly a career civil servant.

He was a close aide of Gerhard Schröder when Schröder was Prime Minister of Lower Saxony during most of the 1990s, and served as Schröder's chief of staff from 1996.

When Schröder became Chancellor of Germany in 1998, Steinmeier was appointed Under-Secretary of State in the German Chancellery with the responsibility for the intelligence services. From 1999 to 2005 he served as Chief of Staff of the Chancellery.