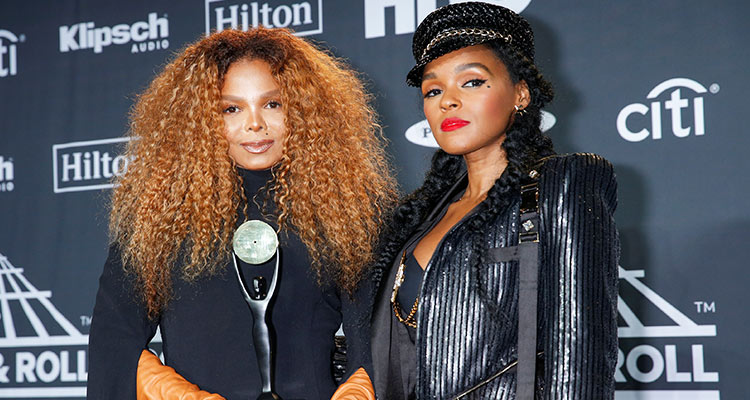 NEW YORK: Genre-bending acts Radiohead and The Cure led a British invasion into Brooklyn Friday night to take their spots in the Rock & Roll Hall of Fame, while pop icon Janet Jackson entered the shrine in an induction many industry insiders consider long overdue.

American folk rock legend Stevie Nicks became the first woman inducted twice -- having already earned a spot in the rock pantheon as a member of band Fleetwood Mac -- during a gala concert at New York's Barclays Center in Brooklyn to celebrate the seven 2019 honorees.

The inclusion of Jackson -- whose socially conscious, sexually provocative and eminently danceable tracks made her a household name in the 1980s -- comes as the Hall of Fame increasingly expands its definition of rock to include other genres like R&B.

She joins The Jackson 5 and her brother Michael in the rock shrine, which has refused to remove the late pop king from its honored artist list despite pressure over a documentary reviving pedophilia accusations against him.

"As with all of our inductees, (Michael) Jackson was recognized for musical excellence and talent as well as having a significant impact on rock 'n' roll, and was elected by a diverse voting body of historians, fellow musicians and music industry professionals.

Share
Cleveland-based Hall of Fame said in a statement

Jackson declined to perform at the event, an unusual move some US reports owed to the fact that it would broadcast on HBO, the network which aired the documentary about her brother, "Surviving Neverland."

The 52-year-old superstar spearheaded the creation of New Jack Swing with her 1986 album "Control," creating a synth-driven fusion sound that came to define the cutting edge of New York's club scene in the late 1980s.

British sensation Harry Styles inducted Stevie Nicks -- whose poetic vocals and bewitching stage presence have made her an intergenerational rock legend. Nicks opened the show with a performance of "Stand Back," wearing her original shawl from the video and twirling to show off its shimmering gold fringe.

Speaking to journalists backstage, Nicks, 70, voiced hope that as the first woman twice inducted she was "opening up the door for other women, to go like, 'Hey man, I can do it.'" 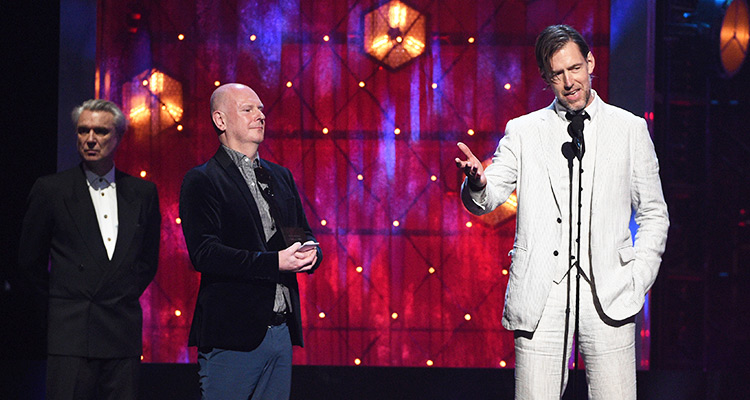 Ed O'Brien and Philip Selway of Radiohead, accept a trophy at the Rock & Roll Hall of Fame induction ceremony.

Radiohead frontman Thom Yorke skipped the ceremony after recently telling Variety he was "blase" about such honors. The lyricist of the visionary art rock band added he was busy preparing a classical piece to debut at the Paris Philharmonic.

Like Jackson, Radiohead opted not to perform as just two members, Ed O'Brien and Phil Selway, accepted the award on behalf of the atmospheric group chosen in their second year of eligibility.

Acts can be inducted 25 years after their first commercial music release.

Radiohead soared to fame in the 1990s thanks to their haunting power ballad "Creep," going on to enjoy a cocktail of international commercial success, critical love and adoration from indie purists.

The Cure -- known for enduring New Wave hits including "Lovesong" -- has had a number of lineup swaps over its more than 40 years in the business, but always included frontman Robert Smith.

The 59-year-old known for his wailing voice and deathly complexion appeared with his signature shock of black hair and raccoon eyeliner.
Telling the crowd that giving an acceptance speech was much more difficult than singing, Smith ran through a laundry list of thanks before picking up his guitar for the band's performance.

"I'd rather use the allocated time to play some music.

Def Leppard, an English band inducted on its first nomination, paid tribute to its fans, with member Phil Collen saying "without sounding corny, it's totally for them."
The headbangers, who formed 42 years ago, kicked off the 1980s metal era with stadium-packing guitar anthems including "Pour Some Sugar on Me." 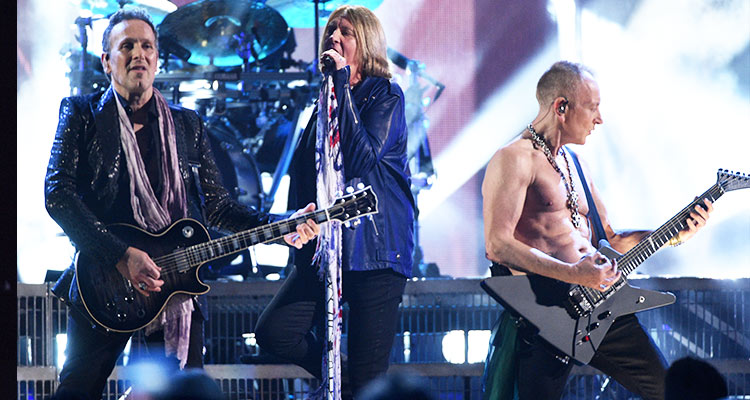 Lead Singer Joe Elliott told journalists the band was "soaking up" the honor but said "tomorrow morning, we have other mountains to climb."

Another British act, Roxy Music -- formed in 1970 in glam rock's heyday, providing a model for the 1980s New Wave scene -- saw Bryan Ferry reunite with the group.
Former member and ambient pioneer Brian Eno, however, snubbed the event due to "other commitments."

English rockers the Zombies -- the 1960s group known for lush harmonies and intricate arrangements -- were all smiles for the gala, perhaps a preview of their performance at a festival this summer to commemorate the 50th anniversary of Woodstock.

"We play with the same passion now that we did when we were 18 years old," said keyboardist Rod Argent.
The group's induction on its fourth nomination came on the exact day "Time of The Season" peaked on the US chart.
"It's a magical moment," said lead singer Colin Blunstone.