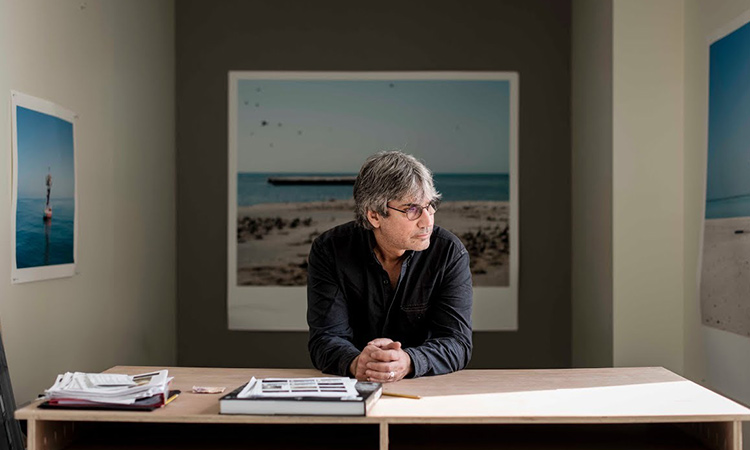 Galerie Brigitte Schenk, Cologne, Germany, is hosting In Memoriam 1962 + 2022 (Aug. 1 — 20), an exhibition in memory of Tarek Al-Ghoussein (1962 — 2022), the Kuwaiti multi-genre artist best known for his work that investigates the margins between landscape photography, self-portraiture and performance art.

When he passed away, Al-Ghoussein was MFA Program Director, Professor of Visual Arts at NYU Abu Dhabi. “On the sad occasion of the sudden death of Tarek Al Ghoussein in June 2022,” says Brigitte Schenk, Founder of her eponymous gallery, “we are presenting an exhibition that brings together three cycles of works that we have shown in our gallery in Cologne and at numerous art fairs over the past 13 years - in 2009, 2010, 2012, 2013, 2014, 2016, 2017 and 2019.

(They are the) Untitled Self-portraits, the Windows on Work and the Al Sawaber series.” Al-Ghoussein spent some time in an Arab prison for the series of photographs - the so called Untitled Self- portrait series — he made of himself as a “Palestinian terrorist.”

He criticises this cliche vis-a-vis the Palestinians, particularly after September 11, 2001, that seems to be ineradicable in Western media.

In the style of Levis and Marlboro advertising campaigns, the artist creates an imaginary campaign in which the image of the terrorist with a stone and headscarf functions as a logo for the Intifada. Al-Ghoussein’s Windows on Work refer to migrant workers in the UAE and show the windows of their transportation buses, at different times.

Choosing locations much in the same way a film director does, he moves between abstraction and the specific circumstances found in particular places. Windows on Work examines the windows of the buses that transport labourers as a place of both representation and performance.

The 1977 design by Canadian architect Arthur Erikson for a state-subsidised housing complex in the area — Al Sawaber — in Kuwait City proved to be very polarising after completion. On the one hand, the complex represented a departure into modernity for Kuwait by empathising with Erikson’s ideas; on the other hand, the execution was ultimately very half-hearted, as important details and key factors such as integrated green spaces and stores and restaurants of the original design, were not taken into account; the project was considered a failure in the end. 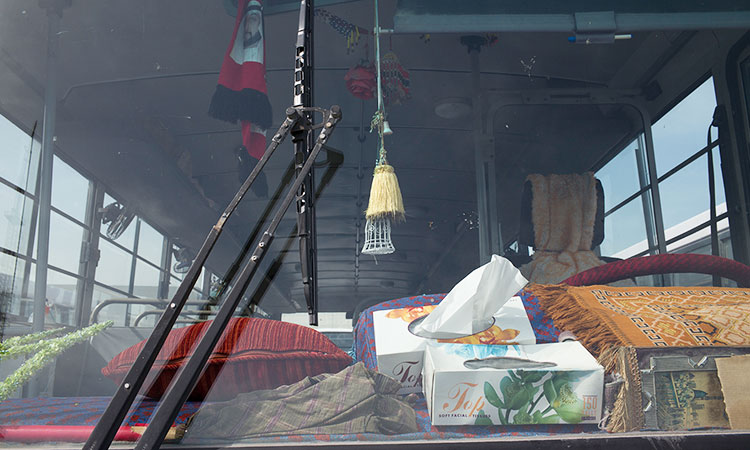 However, as is often the case with such ambivalent constructs, they create their own life and thus their destiny. Many contemporary witnesses confirm that it was unique in the entire region. The complex was home to Muslims, Christians, Hindus and Buddhists, Kuwaitis and other nationalities living side by side; it was a multicultural bouquet.The fact that it could not be assigned, that it had been abandoned, even that it had failed, created a free space - and it took on a very specific life of its own that certainly could not have developed anywhere else in Kuwait at that time.

When the demolition of Al Sawaber was under discussion, he set out to capture the condensed mood of the area in still-life compositions, after the residents had already moved out.

His photographs, which had so far dealt intensively with the theme of the self-portrait, and in which he himself was always present somehow and somewhere, condensed into overarching portraits in the background of Al Sawaber: portraits of a time, of a life, of a home, immersed in a melancholic, poetic, ironic, morbid mood that simultaneously created distance and closeness. Following the invitation to represent the Kuwaiti Pavilion at Venice Biennale in 2013, Al-Ghoussein had increasingly come to terms with his complex roots, which also briefly began in Kuwait.

He was born in Kuwait to Kuwaiti parents of Palestinian ancestry, who were originally displaced from their ancestral homeland in Ramleh, Palestine. His father, Talat Al-Ghoussein, was a famous Kuwaiti journalist, editor and a diplomat, who served as the Kuwaiti Ambassador to the United States during the 1960s.

His family moved a lot during his childhood between Kuwait, United States, Morocco, and Japan. He held several positions during his career, having worked as a photojournalist and taught photography at the American University of Sharjah.

“It is so sad and such a great loss for the art world,” says Schenk about Al-Ghoussein’s untimely death. She established her gallery in 1993 and her work in the MENA region from 1999 onwards, has established her as one of the pioneers in her field. It catalysed artists of the region into showing their works with increasing regularity in Europe.

Al-Ghoussein representing Kuwait and Abdullah Al Saadi fronting for the UAE at their respective Venice Biennale pavilions in 2013, are cases in point. Recently Egyptian artist Magdi Mostafa and Iraqi artist Halim Al Karim joined the gallery. Schenk has organised various exhibitions in the MENA region and participated several times with her artists at the Biennials in Sharjah.

In 2014, she co-curated a voluminous exhibition of the collection of His Highness Dr. Sheikh Sultan Al Qasimi, Ruler of Sharjah, and additionally presented Works from the Sharjah Art Foundation with Sheikha Hoor Al Qasimi in Cologne.

The exhibitions Considering Dynamics and the Forms of Chaos with Angela Bullock and Maria Zerres (2016) and Subversive Forms of Social Sculpture with Heimo Zobernig and Abdulnasser Gharem (2018) at the Sharjah Art Museum followed, as well as the installation of the permanent large scale project Rainroom by Random International in Sharjah in 2017. 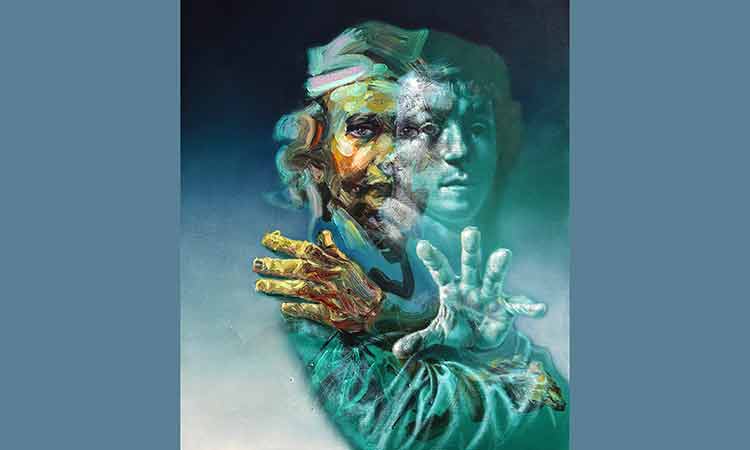 Shamma, swimming against the cosmetics current, revels in the detail of the wrinkles, the richness they bring to the painted surface, so that on occasion it is as if she has painted a landscape rather than a human physical element.