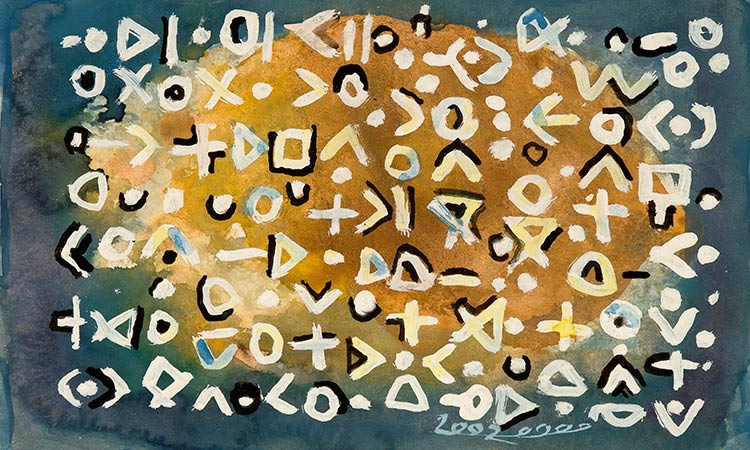 Ayyam Gallery, Dubai, is currently presenting In the Footsteps of Cai Lun II: Selected Works on Paper (May 18 – Sept. 5), a collective exhibition that dives into an essential but often overlooked, media. Modern-day paper forms are traced back to first-century Chinese official Cai Lun, who revolutionised how it is made.

It is generally accepted that Lun’s invention arrived in the Middle East during the eighth century, after Abbasid forces captured Chinese papermakers in present-day Kazakhstan.

Utilised in the Middle East since then — for example, as an essential surface in Islamic art — paper has provided painters, draftsmen and printmakers with endless image-making possibilities, thus shaping a significant subcategory of the region’s art history.  In the Footsteps assembles a group of painters and artists who have used drawing and printmaking as primary media. The exhibition features Tammam Azzam, Nihad Al-Turk, Mohammad Bozorgi, Thaier Helal, Samia Halaby, Athier Mousawi and Faisal Samra.

Amber Heard denies she has been cut from 'Aquaman 2'

Through the works, viewers will discover how drawings, whether created with graphite, charcoal, pastels, or monoprint techniques, rely heavily on the delicate yet sturdy material qualities of paper, a surface that, although unassuming, has a presence on its own, often through texture. Recent works by Mousawi, Al-Turk, Bozorgi, Khaled Takreti and Azzam, exemplify how paper continues to be used as a surface that can mirror the materiality of an image.

Al-Turk’s laboured portraits of dissident Syrians reveal the manic nature of the painter’s hand as he depicts stylised figures with meticulous detail using a ballpoint pen. Takreti also portrays detailed figures yet does so with oil on paper; in his triptych, the paper’s delicacy emanates serenity.  Finally, Azzam’s black and white monoprints resemble photographic negatives, transforming his familiar subject matter into sinister imagery that connotes an alarming sense of foreboding, as they were created shortly before the Syrian conflict. Halaby has always been fond of the medium. For decades, she has relied on it, providing an area of experimentation, studies of colour, and spatial composition, early in her career.  The chosen works showcase the versatility of the medium, one being a painted silkscreen proof while the other is simply acrylic on paper.

Similarly, Mousawi’s works are studies of colour and spatial composition. Moustafa Fathi’s mixed-media paintings on paper, although applied with a brush, are reminiscent of a monoprint technique that he based on research of textiles in his native Syria. 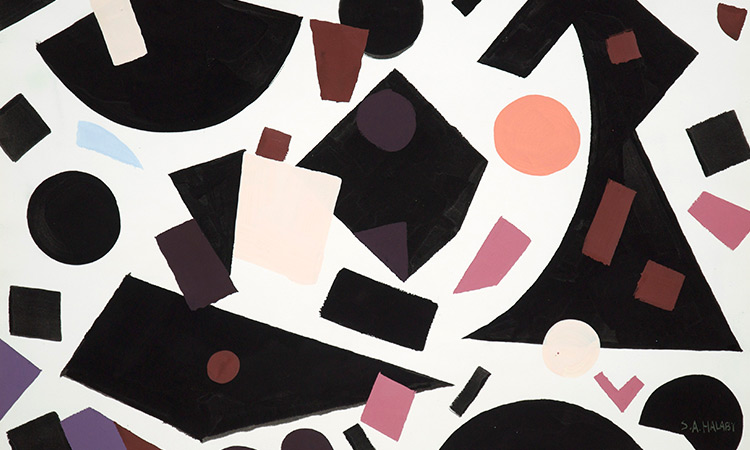 Samra’s and Helal’s works primarily showcase paper’s malleability; the result is conceptual and encompasses gestural abstraction.  Assembling the drawings and prints provides a glimpse into essential but often overlooked media – and perhaps even into a historical event that has been passed over. Lun was an official of the Eastern Han dynasty. He is traditionally regarded as the inventor of paper and the modern papermaking process.

Although early forms of paper had existed since the 3rd century BCE, he occupies a pivotal place in the history of paper due to his addition of tree bark and hemp ends, which resulted in the large-scale manufacture and worldwide spread of paper.

Observing paper wasps build their nests inspired him. Lun pulverised fishnets, hemp, and mulberry tree bark. The pulp was then beaten with wooden sticks, mashed, and the excess water was sieved out. After that, the mixture was dried, yielding paper. The Chinese did everything they could to keep the knowledge of paper making a secret. All this changed due to the Battle of Talas River.

This little-known skirmish between the army of Imperial Tang China and the Abbasid Arabs had important consequences, not just for China and Central Asia, but for the entire world. In July of 751, the armies of these two great empires met at Talas, near the modern-day Kyrgyz/Kazakh border. The Tang army’s doom was also sealed there.  After the Tang were defeated, the Arabs took a number of officials and soldiers as prisoners. The prisoners of war (POWs) knew the art of papermaking and would help set up paper mills in the Middle East.

The POWs quickly began making paper in the Abbasid Caliphate, and by 793 CE, Baghdad had its first paper mill.

The Chinese used mortar and pestle to mash the paper pulp. However, the Arabs introduced trip hammers drawn by animals or humans.

This made the paper manufacturing process faster. Rice, wheat, sorghum starch formed the base of the pulp. Middle Eastern paper was known for its shiny finish and the books manufactured were lighter. China’s paper-making hegemony, which had lasted several centuries, was about to end. By the end of the ninth century, the Arab world had caught up to China in the production of paper. During the Tang dynasty, China had the world’s largest libraries. However, over the next 300 years, libraries in Baghdad, Cordoba and Cairo, surpassed their Chinese counterparts in terms of book volume.

Founded in 2006, Ayyam Gallery is a leading arts organisation that manages the careers of diverse established and emerging artists.  Blue-chip art space in Dubai, a series of collaborative projects in the United States, Europe, Africa and Asia, and a multinational non-profit arts programme, have furthered the gallery’s mandate of expanding the parameters of international art.  Ayyam hosts a multilingual publishing division and a custodianship programme that manages the estates of pioneering artists; the gallery has also contributed to efforts that document underrepresented facets of global art history. 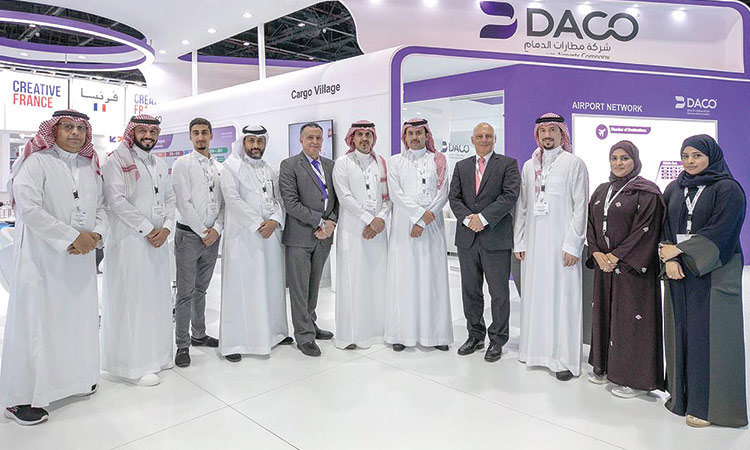 Dammam Airports Company (DACO), successfully concluded its participation at this year’s edition of the Airport Show 2019, a leading global event in the field of building and equipping airports, which was held from April 29, 2019 to May 1, 2019 at the Dubai International Convention and Exhibition Centre. 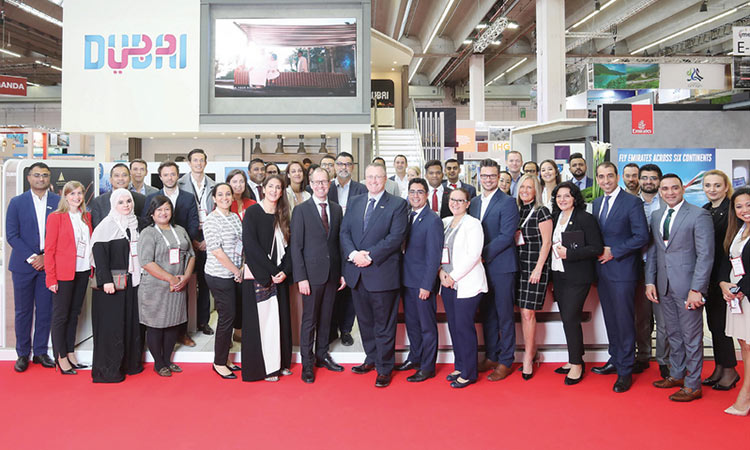