‘If you’re into something, you’re into books:’ Sharjah’s cultural campaign to the world - GulfToday 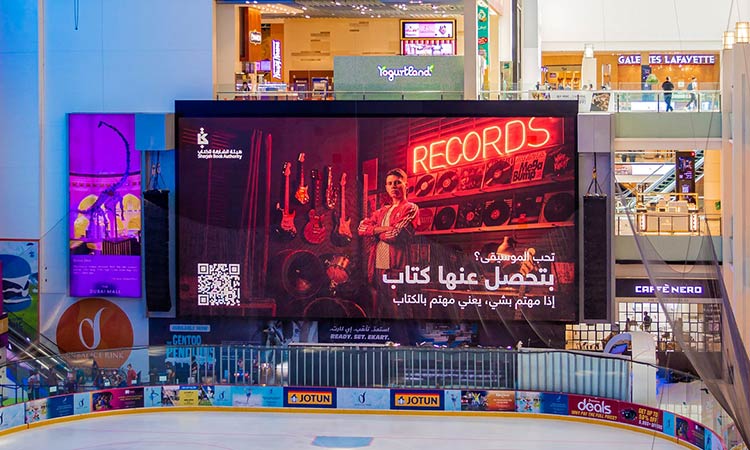 A billboard displays campaign's slogan at a mall.

Sharjah Book Authority (SBA) has launched a global cultural campaign – the largest of its kind in the region and internationally - across several Arab and international cities - to bring people from all walks of life closer to books.

The campaign, launched in written, audio and visual formats and presented in the native languages of these countries, reinforces the life-affirming and life-changing relationship between an individual and the written word.

Launched with the slogan, ‘If you’re into something, you’re into books’, the SBA campaign aims to bring about a paradigm shift in the popular perception that books are only for book worms and intellectuals. 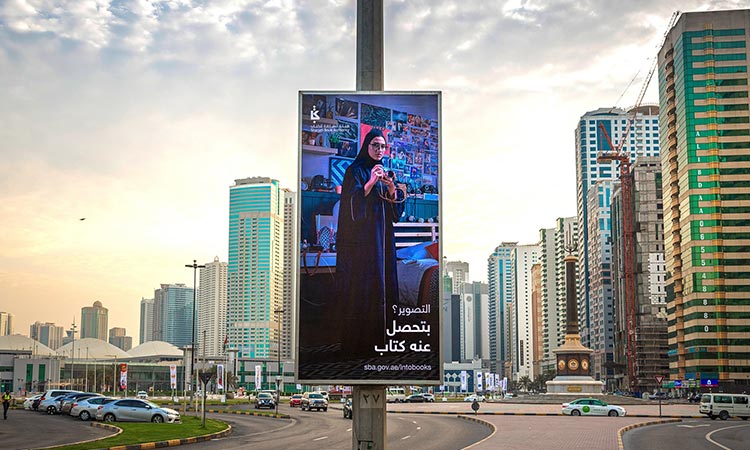 A banner with campaign’s slogan installed at a roundabout in the UAE.

The campaign, which embraces every individual worldwide regardless of their age, race, ethnicity, cultural or socioeconomic backgrounds, drives home an enduring universal message that whatever be it that triggers one’s interests or passions, there is a book out there to fuel their curiosity.

Whether you are a gamer, musician, athlete, biker, or fashion enthusiast, … there is a book for that, emphasises the campaign, highlighting that apart from popular genres including books on research and academics, people can find books catering to all interests.No matter how simple, strange, or rare the topic, books are available on them and are waiting to be discovered.

The international campaign drives forward SBA's key messaging through spectacular audiovisual formats and in the local languages of these nations to ensure the campaign has an appeal within the cultural contexts of diverse audiences worldwide.

Into Books’ is SBA’s impassioned call to assert that all 7.9 billion people in the world are in fact readers, and urges them to form lifelong friendships with books and reading.

"‘If you’re into something, you’re into books’ campaign embodies Sharjah’s core belief in the inherent value and pivotal role of books in advancing humanity, and is founded upon the cultural vision of His Highness Sheikh Dr. Sultan bin Muhammad Al Qasimi, Member of the Supreme Council and Ruler of Sharjah,” asserted HE Ahmed bin Rakkad Al Ameri, Chairman of SBA.

“We want more diversity and book quantities, and more readers reading in all fields. Every individual who finds a book that suits their interest takes a firm step into the world of knowledge and learning, and that quickly turns into a lifestyle.

Within the pages of a book there is an awakening to be found, which can make life beautiful and meaningful for every reader. I believe that at that moment, the world turns magical.”

He continued: “No one is born with a book in their hands. However, people with varied interests become lifelong readers when they find that one book that means something to them. This sums up our message: that for every passion, hobby or interest, or anything in life …. there is a book.”

The international campaign marks a new milestone in taking Sharjah's cultural vision to the world which is aimed at facilitating access to books for every individual.

As part of its biggest global campaign ever, SBA offers discounts of up to 50 percent on books through its collaboration with major e-commerce stores. To avail the discount, individuals must scan the QR Code found on advertisements or visit https://sba.gov.ae/intobooks. 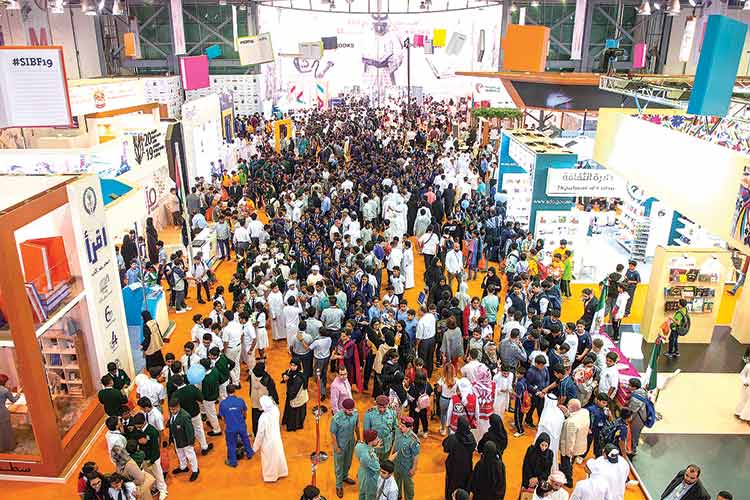 The Sharjah Book Authority (SBA) has announced that it will continue to receive applications for the fourth edition of the prestigious Sharjah Translation Award ‘Turjuman’ until 1 September 2020.