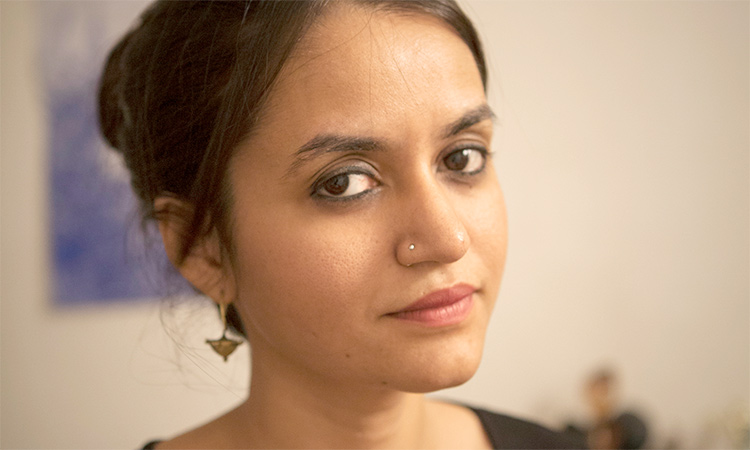 Mumbai-based Payal Kapadia, a filmmaker with a unique sensibility and a keen eye for subliminal detailing, made history at the 74th Cannes Film Festival with her first feature-length film, “A Night of Knowing Nothing.” It fetched her the Oeil d’or (Golden Eye) prize for the festival’s best documentary, making her the first Indian director to bag the honour.

The Directors’ Fortnight entry was in competition against 27 other documentaries screened across various sections of the festival. In the running were filmmakers of the stature of Todd Haynes (The Velvet Underground), Andrea Arnold (Cow), Oliver Stone (JFK Revisited: Through the Looking Glass) Marco Bellocchio (Marx Can Wait) and Sergei Loznitsa (Babi Yar, Context). Says Kapadia: “These are all filmmakers we really look up to and have admired for years. Sergei Loznitza’s work has really influenced my student documentary too. So, it is special to even be showing with them on the same platform.”

“A Night of Knowing Nothing” is a hybrid film — part documentary, part fiction — shot mostly in black and white. It centres on a university student who writes letters to an estranged lover. The missives provide insights into the fast-changing world around her overrun by religious dogmatism and attacks on civil liberties.

The “amorphous narrative” blends fiction and dreams to dwell upon themes that stem from unrest among students and the response to it by the ruling dispensation.  This wasn’t Kapadia’s first appearance in Cannes. In 2017, the Film and Television Institute of India (FTII) alumna was at the world’s premier film festival with Afternoon Clouds, which featured in the Cinefondation short films competition. 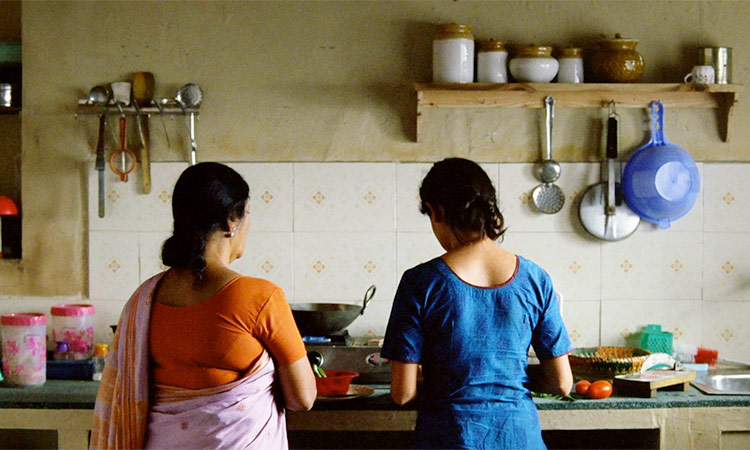 A still from ‘Afternoon Clouds.’

“Afternoon Clouds” unfolds in the course of an afternoon during which a flower blossoms on the balcony in a house where a 60-year-old widow lives with her Nepali maid.

An experimental short film directed by Kapadia, “And What is the Summer Saying,” premiered in the Berlinale Shorts in 2018. It went on to win the Special Jury Prize at IDFA Amsterdam. In 2019, she was selected for the Cinefondation Cannes Residency and the Berlinale Talents programme.  Also in 2019, her first narrative feature “All We Imagine as Light,” currently in development, won the Hubert Bals Fund’s script and project development grant. “A Night of Knowing Nothing,” says Kapadia, “uses a fictional narrative to put together a lot of non-fiction footage. All the voiceover is scripted. It was written in collaboration with my co- writer Himanshu Prajapati. The images in the film are not scripted.”

The film evolved through an organic process. Says Kapadia: “Initially we had also interviewed some of our friends and a lot of what came out in these conversations were the troubles that were taking place in their lives with love or marriage and their families. That is why we decided to script a narrative that is also a love story based on some ideas we had gotten from those conversations.”  According to Kapadia, “the film germinated in 2017 when my partner Ranabir Das and I started shooting our friends and documenting life around us. He was very passionate about this and created a world of beautiful black and white images.”

“At the time, neither he nor I were very clear of how this film would progress,” she says. “In 2019 while working on my fiction project I showed these rushes and few sequences that we had edited, to my French producers who liked them a lot. Then we applied for some funding too. That’s when Ranabir and I had the chance to start working on the film more seriously.”

Kapadia and Das worked on the editing through the lockdown period. They then submitted a rough cut to the selection committee of Cannes Directors’ Fortnight. “We were pleasantly surprised when it got selected but it also meant that we had to finish the film really quickly in order to be ready for screening at the festival,” she says.

The selection was obviously a shot in the arm for the independent filmmaker who was actively involved in the students’ agitation when the Indian government appointed undeserving loyalists to key academic and administrative positions at FTII, India’s premier film school. Kapadia says: “For a film like this made with a small group of people and found footage from friends, I think it gives me a lot of hope when it is selected by a major festival,” says Kapadia.  “I think for a lot of us, finding funding takes so much time and energy. The only thing is that one has to keep working. One has to face disappointments too,” she says. “Sometimes one gets selected and many times one faces rejection.”  “No one, Kapadia adds, “ever posts on Facebook that they got rejected from something. We only hear of success but there is a lot of failure involved too. Getting selected by Directors’ Fortnight has really helped us show this film to wider audiences.”  About her under-production fiction feature, Kapadia says: “We are in financing at the moment with “All We Imagine as Light.” The next step will be to find some production funds and hopefully be able to shoot the film next year.”