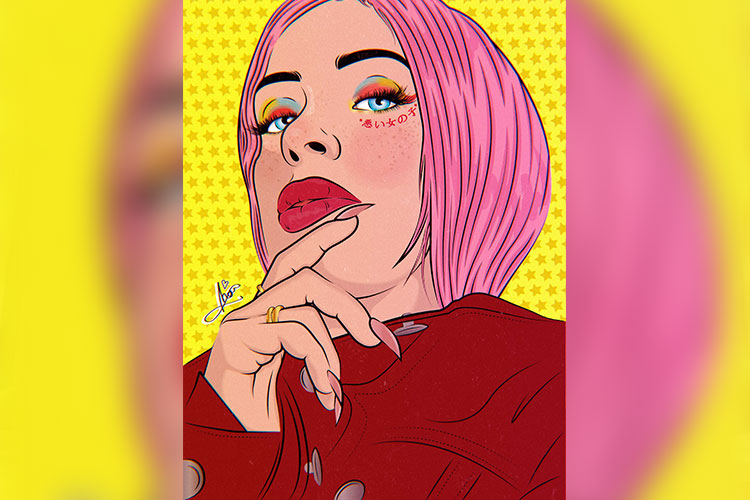 A work of art challenges the summer heat.

Dubai-based emerging curators Sarah Daher and Anna Bernice have launched a group exhibition titled After The Beep, which is a culmination of a two-month long creative exercise with 38 UAE-based artists who created the new works in forty eight hours. Opened July 25 at Satellite in Alserkal Avenue, Dubai, the exhibition features over forty pieces of new artworks in a variety of mediums. The aim of the creative exercise is to experiment with artistic production that immediately follows a creative response and impulse under time pressure, to challenge the notion of a perfectly produced artwork.

The organisers were intrigued to discover what creating looks like without the pressure of perfection, and to explore how creative inspiration transcends space and time through different artworks and artists. Ultimately, After The Beep is a platform and outlet for artists to create new work. The open call for artist participation was made in May via Instagram under the title Telephone, asking UAE-based artists to participate in a reactive creative exercise where they were to respond with new work synchronising with the work of another artist, in the spirit of the common childhood game “Broken Telephone.”

The call welcomed all artists of all backgrounds, mediums and experience. The creative exercise occurred with two chains of reactivity, with two artists initially responding to one artwork, and setting off two independent response chains. All artists only saw the one work that was produced directly before them in the chain and were given forty eight hours from seeing the work, to submit their own creation. The chains continued till all participating artists produced one work. The exhibition opening was the first reveal of all the artworks in a group: the first time all artists saw the works, preceding and succeeding theirs.

The artist-led initiative by Daher and Bernice is supported by award-winning Emirati design entrepreneur, artist, art collector and producer, Rami Farook. The roster of artists include emerging artists who have participated or are participating in The Salama bint Hamdan Emerging Artists Fellowship (SEAF), Art Jameel Youth Assembly, Cultural Foundation Art Residency, along with other artists who are showcasing their work to the public for the first time.The exhibition runs till July 31 at Satellite in Alserkal Avenue. 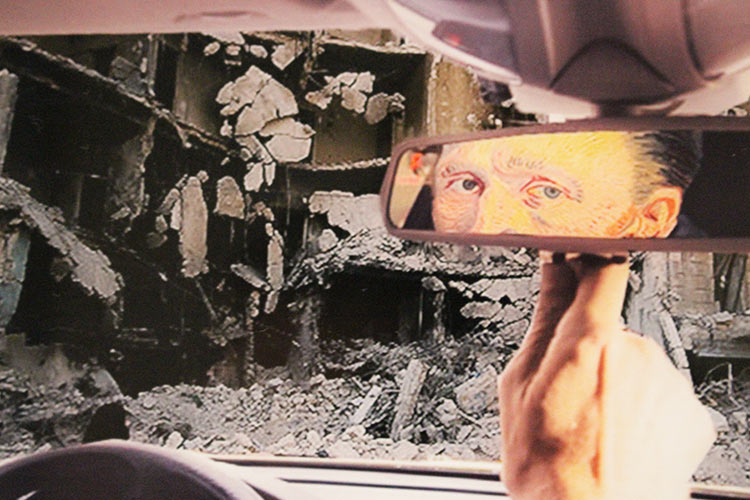 Daher is a Lebanese curator, researcher and writer, who graduated with a BA in Theater and Economics from New York University Abu Dhabi and recently completed her Masters in Curating Contemporary Art at the Royal College of Art in London. She is based between the UAE and London. She currently works as a researcher for Temporary Art Platform, a curatorial platform focused on the development of social practice in Lebanon, the region and the Global South. She is a regular contributor to Global Art Daily magazine.

Bernice is an independent arts and culture writer, culture researcher and curator based in Dubai, contributing to platforms such as Vice Arabia and Global Art Daily.

She graduated with a BA in Sociology and Theater from New York University Abu Dhabi. She is the co-founder of Sa Tahanan Collective, a UAE-based Filipino art collective dedicated to creating an inclusive artistic platform for Filipino artists in the Gulf.

An art fair to support local creatives and the art community in the UAE will also be held at Alserkal Avenue on July 30 and 31. Featuring artists, music, live performances and more, Aura Art Fair will bring together well-known artists, musicians, bands and groups, including Dubai-based Kpop dance group thepixiesdance and singer-poet Elliee. Organised by Aura Art Events in collaboration with Uprizing Events and Dude Just Dude, the fair invites anyone interested in art, music, creativity and self-expression. There is an Open Mic session for artists who wish to perform their music, dance, song and poetry. Other features are live performances, art stalls displaying artwork that visitors can purchase, live art, food truck, coffee pop-up, business pop-ups and donations for Palestine. “An event like this is crucial during these testing times. It is a testament that great things happen once we express ourselves through support. That is exactly what Aura stands for. Self-expression, healing, and sticking together,” says Maitha Mana Hasher bin Rashed, Founder, Aura Art Events. Entry to the fair is free. Aura Art Fair is the first art event run by Aura Art Events. Dude Just Dude is a UAE based marketplace founded on the desire to enable creatives, designers and influencers to monetise their work. Uprizing is an events management company that specialises in anime, games, art - and everything in between.