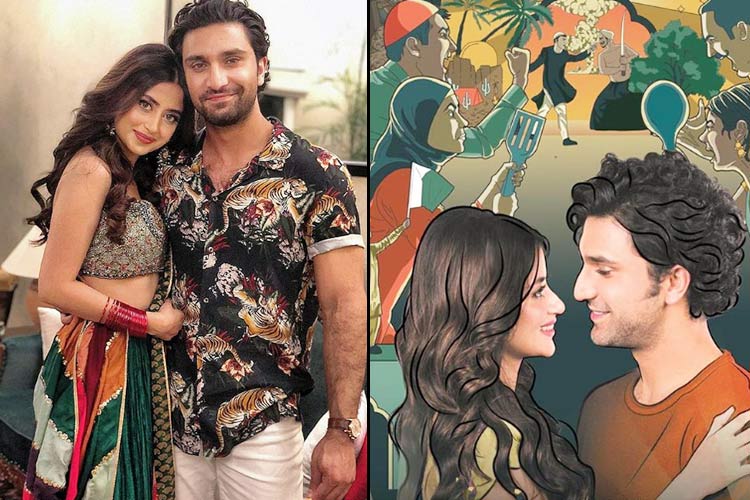 The Pakistani web series 'Dhoop Ki Deewar' that features Pakistan’s famous actress Sajal Aly along with her husband Ahad Raza Mir tells a cross-border story of love, loss and family. The series, now streaming an Indian OTT platform, is written by Umera Ahmed and directed by Haseeb Hasan, according to IANS.

Talking about the show Haseeb Hasan said: "Dhoop Ki Deewar is a reflection of positivity beyond borders, religion and societal biases. The sole essence of the show lies in the simplicity of its narrative. In the show, a subject such as cross-border love story has been dealt with so differently and has an underlying message of peace, harmony and joy of life. Our entire team including Misbah Shafique have put our heart and soul into this little labour of love and are hoping for a heartwarming response from our viewers."

Writer Umera Ahmed mentioned: "My inspiration for the story stemmed from the sole thought that no matter which country, religion or belief you belong to, at the end of the day the grief lived is the same everywhere and it is much bigger than you and me."