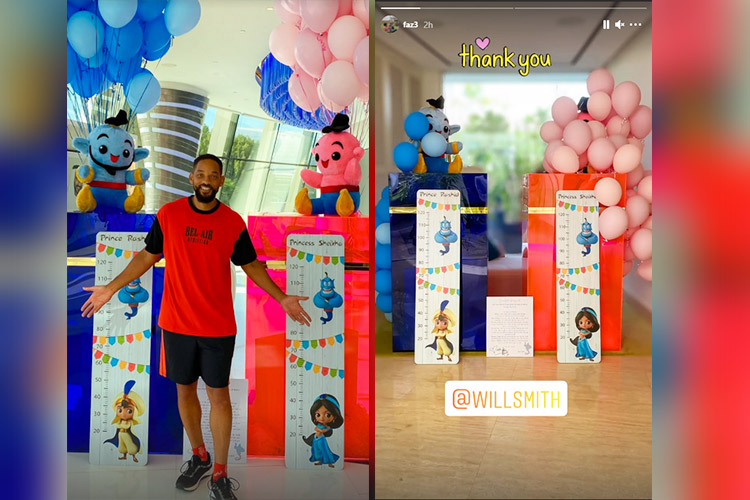 A combo photo shows Will Smith posing with the gifts and Sheikh Hamndan thanking for the gesture.

The actor posed with the gifts for Rashid and Sheikha on Instagram. 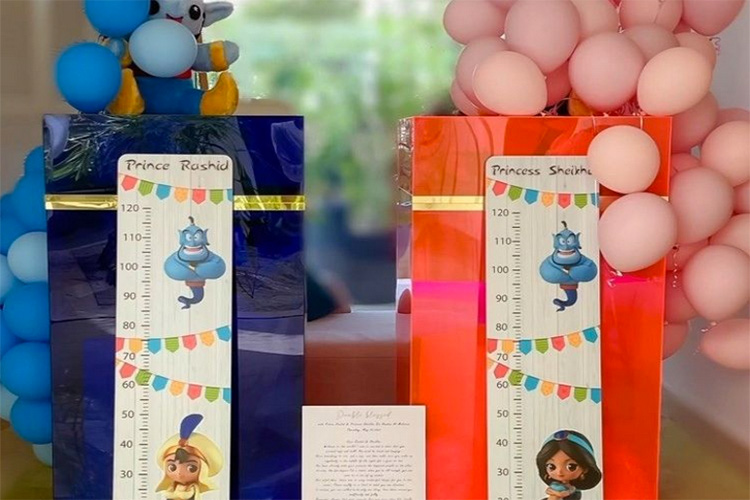 The presents Will Smith sent to Sheikh Hamdan's twins.

Hamdan responded with a "thank you" as he shared images of the gifts with his nearly 12 million Instagram followers.

The presents were separately marked with their names and decked with balloons. 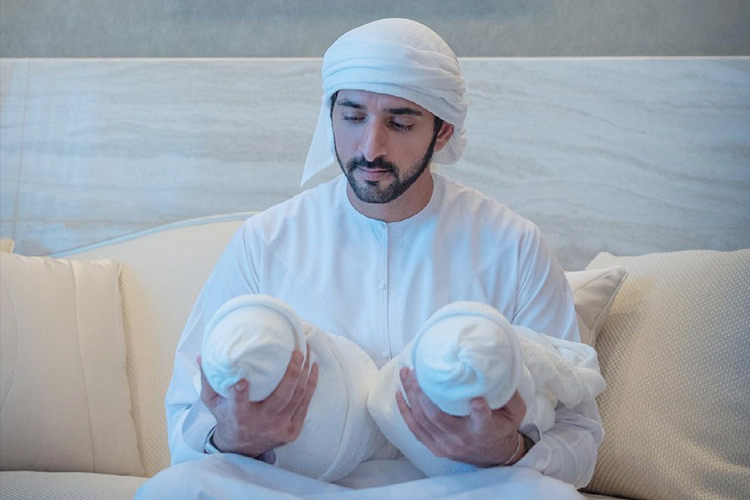 Hamdan shared a photo with his newborn babies on his Instagram account and captioned the image, “To God...Praise be to God and blessings…”