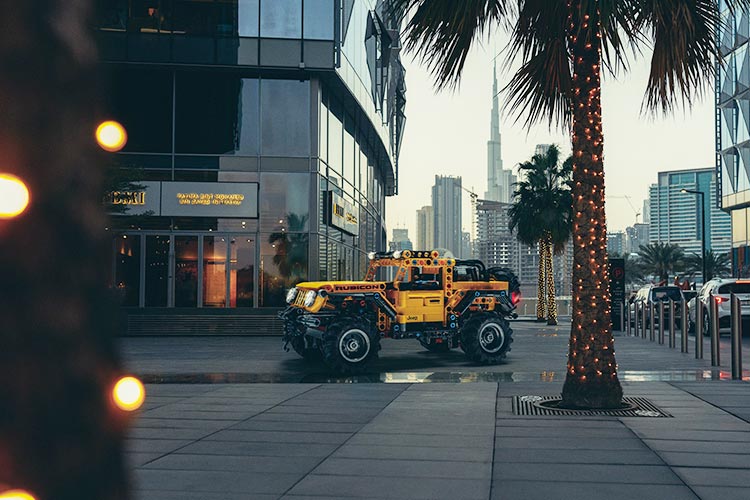 Dubai landmarks are seen all around this work.

Recently, families and auto fans across the UAE were invited to Atrium 7 in Dubai Design District (d3), a global creative district, where a collection of unique photographs capturing the LEGO car fleet was on display. LEGO produces toys, consisting mostly of interlocking plastic bricks.

Each set against a backdrop of various locations across Dubai, the images were developed by Polish photographer Tomek Makolski, as an ode to Dubai and its famous landmarks. Families looking to go on a thrilling adventure were driven into wonderland, as they were met with superimposed snapshots featuring a number of the LEGO Group’s famous car builds.

Makolski is a Polish commercial and fashion photographer, who studied at Berlin’s Neue Schule für Fotografie. He is recognised as one of the country’s most talented emerging photographers and is a GoSee Awards finalist. Strongly driven by a desire to create content that leaves a lasting impression, he began experimenting with the idea of superimposing LEGO builds in 2017, when he produced a series of atmospheric night shots of Warsaw featuring the LEGO Technic Porsche 911 GT3 RS. The result was a series of eye-catching, whimsical shots that garnered public attention, thanks to expert camera work and use of imaginative post-production techniques. In 2020, he made his first trip to the UAE, where he developed images of the LEGO Technic Porsche 911 RSR, which captured the desert’s dramatic light and arid landscapes.

Travelling again to Dubai in 2021, he took the opportunity to expand his collection of playful, automotive shots, by teaming up with LEGO Middle East for its “Drive What You Love” campaign. In collaboration with d3, a beating heart of creativity, the assortment of static and action shots were temporarily housed in a curated exhibition space for new and existing LEGO fans to enjoy. Motorheads across the city were also enabled to relish a display of classic cars that were unveiled across d3. 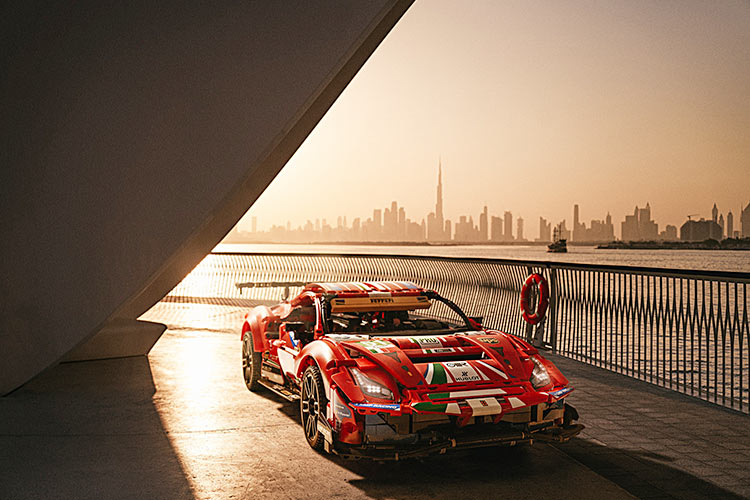 Makolski is considered a photographer who changes perceptions with Lego and a lens. He is on a mission to slow us all down! In our hard-charging digital world, where most images are only appreciated for a few seconds, he wants his creations to make us pause. In one of his earlier works, in 2017, he took a series of atmospheric night shots of his native Warsaw, before superimposing an apparently life size Lego 911 GT3 RS onto the images. The idea caught public imagination — its mixture of skilful camera work and ingenious post-production techniques, created striking and playful pictures that stood apart from the more familiar tropes of automotive social media.

A keen driver himself, Makolski attends regular trackdays and is not averse to driving ten hours to revisit his favourite alpine passes. He also loves Porsche.

Amid a busy professional schedule that covers portraiture, fashion, food and lifestyle photography, the automotive sector has a special place for him and when Makolski is not working with Formula 1 teams and major car manufacturers, he remains keen to experiment. When Porsche and Lego revealed the new 911 RSR, he jumped at the chance to try something new. He travelled to Dubai and shot numerous locations that would serve to both contrast and enhance the RSR, the desert’s dramatic light and arid landscapes. “I love the idea of playing with people’s perceptions,” he says. The result is a collection of static and action images, complete with motion blur and even the occasional flicker of unburnt fuel.

But the defining characteristic of all the images, amid the dry dust and the hot black asphalt, is the authentic light that Makolski was at such pains to accurately replicate.

“I shot the car in the studio in Warsaw,” he explains, “and applied all the light there. It was essential to reproduce it exactly as it was on location before going into post-production. There, we put everything together, including the additional blur and flames.” Today, the RSR sits behind him on a shelf in his apartment. He built it during lockdown and found the process strangely cathartic. Makolski is determined to pursue this avenue of photography, where the real and imaginary meet, almost seamlessly. He is currently exploring the possibilities of extending the idea still further.

“Images today only exist for a few seconds before they’re forgotten; so I want to really capture the viewer’s attention and make them think for a while, to analyse the picture as if it was in a gallery or museum. “We produce so much content these days that it is hard to do something that makes a bigger impact.” The LEGO Group was founded in Billund, Denmark in 1932, by Ole Kirk Kristiansen, its name derived from the two Danish words LEg GOdt, which mean “Play Well”.  Its mission is to inspire and develop the builders of tomorrow — today’s children — through the power of play. The LEGO System in Play, with its foundation in LEGO bricks, allows children and fans to build and rebuild anything they can imagine.  The Group is a family-owned company, also headquartered in Billund. Its products are sold in more than 140 countries worldwide. 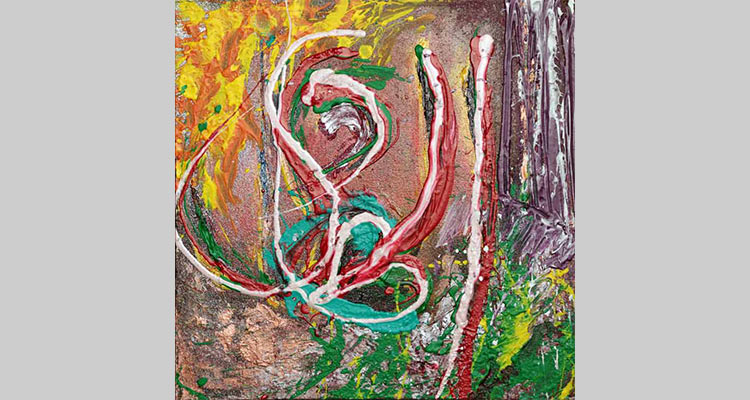