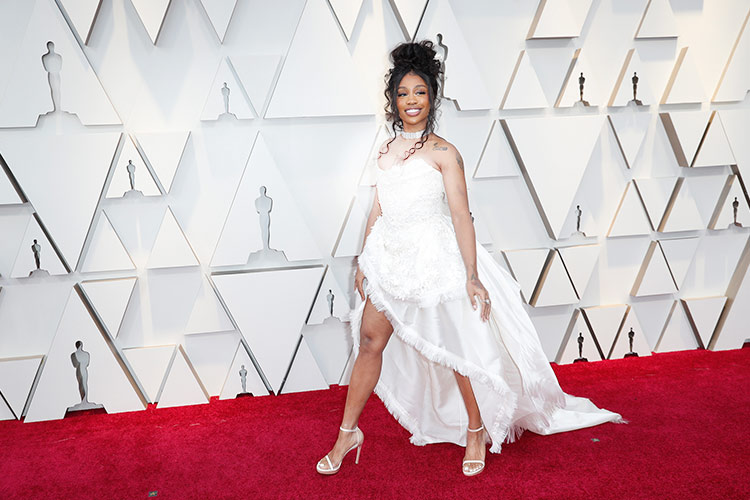 New Jersey singer SZA has spoken out about the Islamophobia she experienced as a child and revealed that she stopped covering her head after 9/11 because she was “scared.”

The 30-year-old who grew up in a Muslim household in a predominantly white area of New Jersey said she and her family faced many instances of judgements and racism.

Speaking to Muslim Girl in a TikTok Live, the singer, whose real name is Solána Rowe, said she stopped covering her hair after the September 11, 2001 terror attack in New York City.

SZA said: “I stopped covering after 9/11 because I was so scared. This was like elementary school, middle school. I regret so much — like, being afraid or caring what people said about me.”

Her 2017 debut studio album “Ctrl” captured the zeitgeist for many young black and brown women.

Describing her family’s experiences of Islamophobia she said: “On a direct scale, someone threw a brick in my dad’s mosque.

“And that was very weird. Getting chased home by children at school and getting my hijab snatched is also weird.”

The “Good Days” singer said she is shocked by a lot of the misinformation and Islamophobia around the Muslim faith.

She also disclosed that people outside the faith thought the hijab was a sign of oppression. “I couldn’t believe Islamophobia randomly deciding I’m oppressed because I’m covering my hair.”

The singer revealed she also had to contend with the pressures of the music industry to dress in a less modest way.

“In the beginning … I had a lot of people telling me what they thought I should be looking like and what I should be dressing like.”

SZA covered her hair while performing in Malaysia and Indonesia and said she enjoyed knowing she wasn’t going to be judged, saying: “It was really comforting to be able to cover up for those shows.”

Past experiences have not always been so positive and she remembered when in high school she “always let somebody dictate” whether or not she wore a hijab.

Speaking about the time, she said: “I did start covering again in high school, and then they were like, ‘What is this? You don’t live your life properly. You’re not really Muslim. Shut up.’ I always let somebody dictate how I was.”

SZA has hinted that she might take to full-time head covering: “I always go back and forth about (wearing a hijab) like, should I cover?” she said, “because I don’t want to be a part-time coverer.”