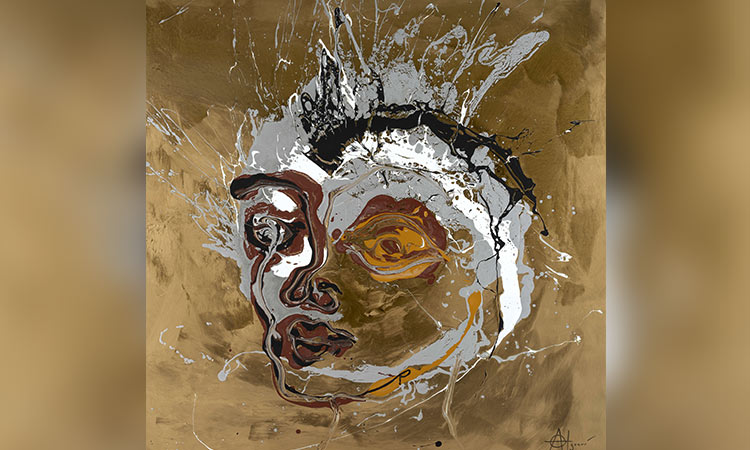 Barcelona-born artist Manu Algueró, known for his paintings which express the beauty of change and new perspectives, is showcasing his artworks at the Oblong Contemporary Art Gallery on Blue Waters Island, Dubai (Jan. 14 – Mar. 7).  “Where people saw endings, Manu envisioned Reinvention! The exhibition of the artist, Manu Algueró, titled “The Art of Explosion,” makes us all wonder about the moment that bridges the old and the new. “His art is particularly significant in this period of great change and chaos. The world has almost undergone an explosion of the normal values and traditional dynamics,” said Paola Marucci, Co-founder of Oblong Gallery, about Alguero’s artworks.

Algueró developed a fascination for explosions at a very young age, loving the festive atmosphere that is created by fireworks. As he grew up, he pursued his interest, and began exploring the concept of the Big Bang. “I found it interesting that the whole universe, all the planets and stars, were the result of one big explosion,” he says.

“At that point, I knew that I had to do something with this concept. So, seven years ago at my studio, I decided to experiment, to paint with ‘explosions’ and I fell in love with the whole process - the result was exactly what I wanted.”  He experimented with metallic paint and fireworks to begin with — shortly realising that it was not a good idea. He then combined plastic paint with a bigger firework and discovered a compatible combination for self-expression. “I paint my inner world, sharing my feelings to those who explore my art,” he says.  His work is inspired by intense moments of emotion and a desire for new beginnings.

“When I feel very happy, I paint explosions of happiness. When I have dark moments, I paint explosions of sorrow, which I often keep to myself.” Algueró’s family business involves the demolition of buildings — another inspiration behind his explosive art. “I love the moment of silence that settles in just before the 10 second countdown begins,” he says, of the building demolition process. Destruction was not seen as a negative thing by him. He saw it as a way to clear a path for something new and exciting.  It created a blank slate for him to reinvent himself. Painting on a canvas was a thrilling experience; but it was nothing like being an active participant in moulding pieces of a puzzle, to create something anew. Art like this could not be planned or forced. He had to embrace the spontaneity and unpredictable results of this type of art. He was in awe the very first time he witnessed a building crumble, admiring the beauty of destruction. 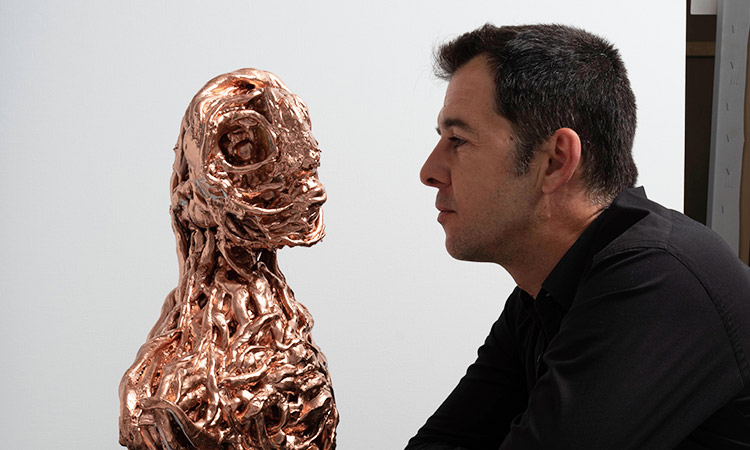 He watched the bricks crumble and devolve, yet take a new shape that was beautiful and fresh. It was as though new life had been breathed into the building, even though it had been destroyed. He was amazed by the amount of power it took to both destroy what was old and create something new.  People may view destruction as a negative thing — but always remember that in order to build something new, you first need to get rid of the old. You can’t make an omelette without breaking an egg, in short.

“If you want to build a new building, you need to bring down the old one. The same applies when starting a new life — you have to get rid the old ways of living to start fresh.” Change is a natural state of life and Alguero wants to express the beauty of change and new perspectives through his art. His art is a combustion of the old and new.

Born in 1976, he studied in the Art Academy Mataro. He went on to study Graphic Design in IDEP, Barcelona and Art & Fashion in San Martin, London. He sensed that the best way to learn was to explore different cultures and interact with the experts in his field. He loved making sketches and exploring; but he had to find something that was unique.

He wanted to be part of the artistic world and desired to stand out. Being just another painter wasn’t going to make him happy - he continued to search for his true calling.

The solo exhibition at Oblong showcases a selection of eleven abstract paintings. With echoes of American abstract expressionism, Algueró’s immense canvases draw us in with their interplay of matter, colour and gesture, in search of visual impact.

The large amount of paint used to create multiple textures and shades is applied with a spontaneity that is often subsequently scrutinised and modified. Besides their technical vigour, Alguero’s artworks also show his interest in the study of the human face, which is suggested by his highly dramatic unfinished figures. “Just one day, when I decided to take large canvases and a lot of paint, it happened naturally, and that was when I began to dig into the material and began to explore how to capture my energy on the canvas, how to embody my mood in a sincere way,” he says.

His art is in the permanent collection at Museo Can Framis and Museo Art Contemporani Espais Volart (both in Barcelona), Museo Can Mario (Palafrugell, Girona), Museo Palau Solterra (Girona) and Assilah Museum (Morocco). He is the recipient of multiple art fair accolades in Tokyo, Oxford and Amsterdam. 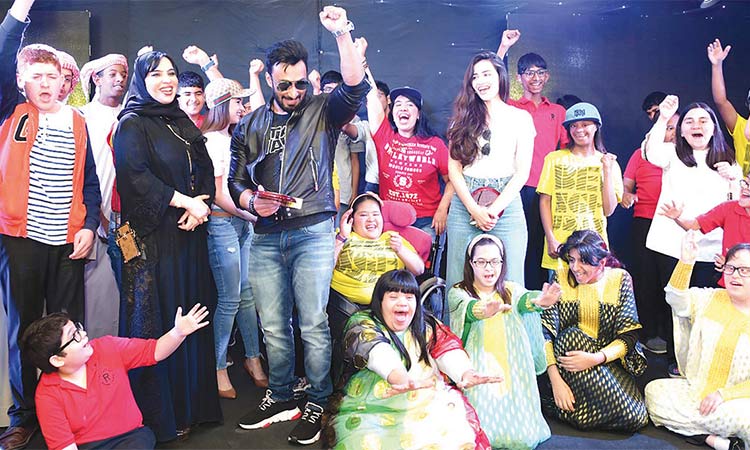