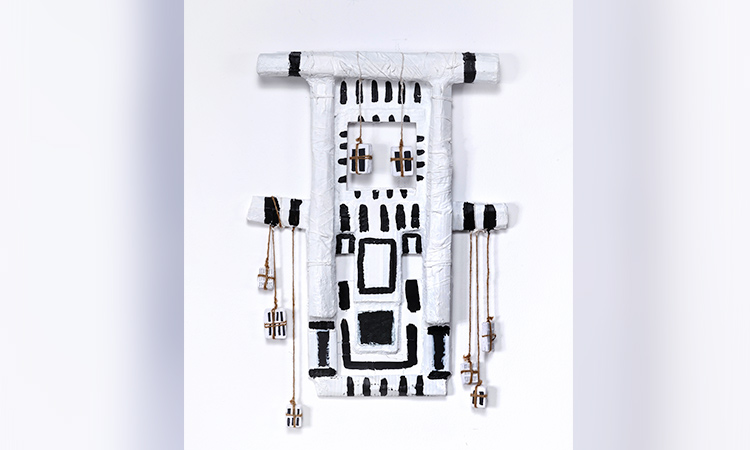 On Oct. 15, in honour of celebrated Emirati artist Mohamed Ahmed Ibrahim’s selection as the UAE representative at the 2022 Venice Biennale, Art Dubai has launched a new online Portraits Exhibition dedicated to him.

It features a selection of Ibrahim’s meditative monochromatic works, which examine his lifelong relationship with the landscape of his birthplace and the effects urbanisation has on nature.

This is the second in a new series of Art Dubai Portraits Exhibitions which explore the life and practice of the finest artists from the Global South.

For those who came in late, Ibrahim’s work is heavily inspired by his relationship with Khorfakkan, a city in the Emirate of Sharjah which is located on the east coast of the United Arab Emirates and flanked by the Gulf of Oman on one side and the Hajar Mountains on the other.

Ibrahim only uses material grown and acquired from his surroundings to create his pieces. The connection translates into explorations of mediums as influences in his artistic practice.

He also draws inspiration from some of the inscriptions found on the surfaces of the mountains and deconstructs their graphic elements. This results in sculptures reminiscent of ancient cave drawings that have come to life through the natural pigments present in the materials used. 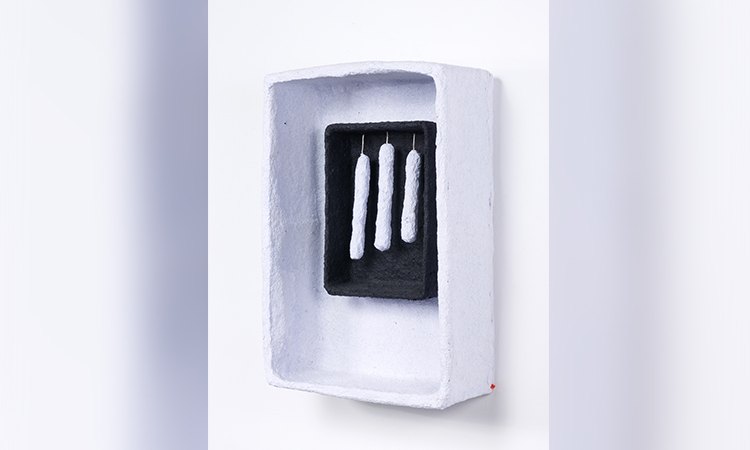 His handmade objects are shaped like tools, bones or parts of trees and appear to have been unearthed from some ancient hollow, rather than handcrafted.

Ibrahim’s papier-mâché compositions are black and white canvas-like structures, naturally pigmented from the paper used in the creation process. The wall pieces are representative of his obsessive mark-making, similar to the lines and marks of cave paintings of his native Khorfakkan.

He came of age as an artist in the UAE in an era in which the visual arts were not yet valued culturally or taught in university degree programmes. In 1986, when he met the late artist Hassan Sharif (a founding member of the influential Emirates Fine Art Society), he was pulled out of a secluded practice and created unshakable friendships and collaborations that were the foundation of the UAE’s creative community.

Begun Sept. 29, Art Dubai Portrait Exhibition of Timo Nasseri, represented by Sfeir-Semler Gallery, Beirut, explores his most recent body of work, A Universal Alphabet, reflecting on the universality of geometrical patterns and creating a visual code that brings different shapes to life.

For the inquisitive German-Iranian photographer-turned-sculptor Nasseri, the concept of infinity has held a dominant presence in his body of sculptural and illustrative works.

His bedazzling, small and large drawings demonstrate his fascination with the intricacies of mathematics, geometry, constellations and Islamic ornamentation. Recipient of Art Dubai’s Abraaj Group Art Prize in 2011, he has participated in solo and group exhibitions in Berlin, New York, Paris, Dubai, Tehran and New Delhi.

Recognised as one of the pioneers of modern Arab art, the London-based, Iraqi artist Dia Azzawi’s exhibition, to be launched Oct. 31, presents a survey of some of his most recent paintings and prints, a large-scale seminal composition, as well as earlier works from the 1970s. He is represented by Meem Gallery, Dubai.

On Nov. 16, Amman and Dubai-based artist duo Naqsh Collective present a selection of works embracing the ethos of their practice, a harmonious union between the oriental and the modern, while integrating aspects of art, architecture and heritage. They are represented by Gazelli Art House, London.

Lebanese multi-medium artist Aya Haidar presents a selection of works informed by her nomadic roots, as well as a generational narrative of the history of the Middle East, posing questions focused on memory, loss and migration. She is represented by Athr, Jeddah, and is launching Dec. 2.

The works of Mohammed Kazem, represented by Gallery Isabelle van den Eynde, Dubai, is launching Dec. 17. Contemporary Emirati artist Kazem’s Art Dubai Portrait Exhibition highlights his ongoing exploration of geographical location, materiality and the elements in relation to the rapid pace of modernisation in the Emirates, since the country’s founding.

The final Art Dubai Portrait Exhibition of the season presents works by Abdul Rahman Katanani (launching Jan. 7), in which he examines the precariousness of our current conditions, as well as themes of hope, homeland, resilience and displacement – while considering future possibilities for different realities. He is represented by Agial Art Gallery, Beirut.

Hala Khayat. Regional Director, Art Dubai, said that “the present moment requires a deeper than ever sense of community and engagement and I look forward to playing my part in nurturing relationships and engaging audiences in our role as a platform for the support and development of artistic practices within the region and the broader Global South”.