Abandoned Rembrandt painting thought to be ‘fake’ is likely genuine 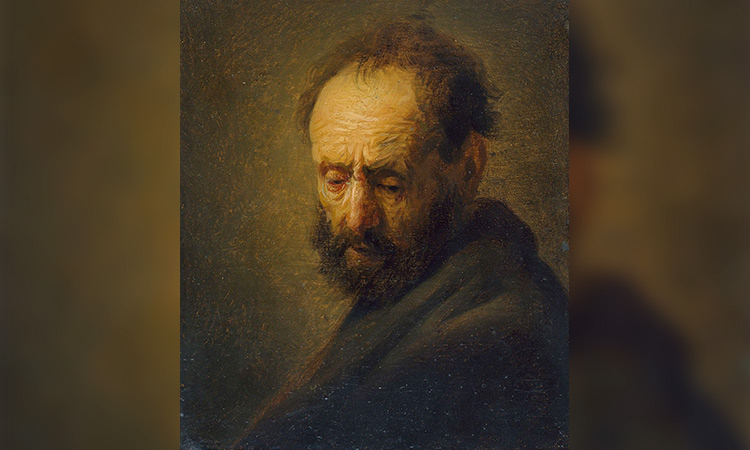 'Head of a Bearded Man.'

A “fake” Rembrandt, which was left in a museum basement for nearly 40 years after it was deemed inauthentic, may in fact be real.

"Head of a Bearded Man" was bequeathed to Oxford’s Ashmolean museum in 1951, but was consigned to the museum’s basement when a leading Rembrandt authority decided it was an imitation.

The Rembrandt Research Project, which viewed the painting in 1981, argued that it was likely drawn by an imitator long after Rembrandt’s death.

Ahead of a Rembrandt retrospective at the museum, curator An Van Camp decided to have the painting re-examined.

A dendrochronologist soon established that the wood panel on which the work was painted stemmed from the same tree used for Rembrandt’s "Andromeda Chained to the Rocks."

While the Ashmolean has yet to determine whether Rembrandt himself painted the piece, it was most certainly painted in the artist’s workshop. More investigations will soon take place.

From Sept.2 "Head of a Bearded Man" will be on display at the museum’s reopened Young Rembrandt exhibition.

There it can be seen alongside other works of the same period, before undergoing further study and conservation in the museum's labs to determine whether there is evidence of Rembrandt’s own hand in the work.