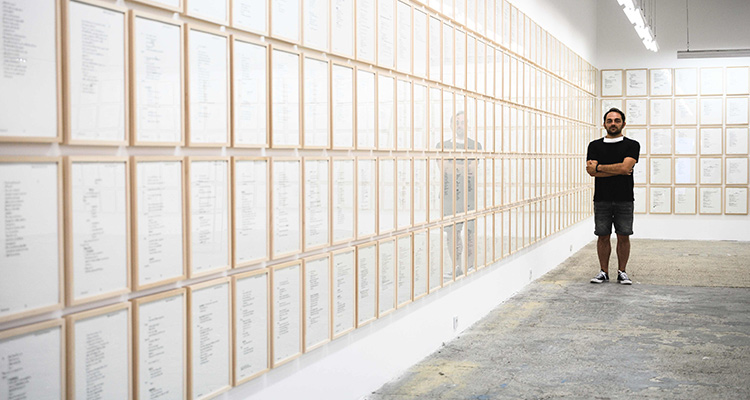 Serbian artist Vladimir Miladinovic poses at his exhibition in Belgrade.

For nearly four years Serbian artist Vladimir Miladinovic started his day with a morning coffee and the diary of one of the Balkans' most notorious war criminals, Ratko Mladic.

Word for word, he painstakingly copied the notebook's 400 pages by hand onto fresh white sheets, which now cover the walls of a Belgrade exhibit raising questions about how to confront one of the region's darkest chapters.

For the 39-year-old artist, the task was in part a "performative act of trying to deal with this very harsh material which we are still forced to deal with today, 25 years after the war", he told AFP from the austere gallery on the banks of the Danube.

His subject, the 77-year-old former Bosnian Serb commander whose troops committed genocide in Srebrenica among other war crimes during Yugoslavia's collapse, was sentenced to life in prison by an international tribunal in The Hague in 2017. 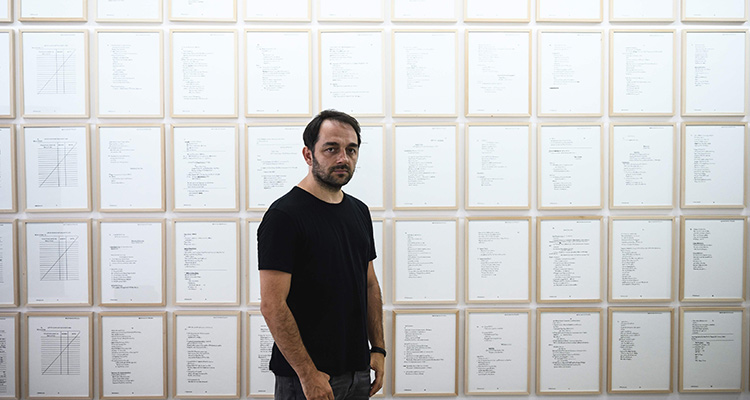 The art exhibit, titled "The Notebook", is only the latest incarnation of the diary.

His appeal trial is due to start on August 25.

Lining the walls of the stark gallery space, the diary entries are easy to read -- written in simple, spare language with ink wash -- but their sheer number makes them difficult to fully absorb.

Spread out page for page, they make visible the effort needed to face one's history, individually and collectively through institutions like a court.

And yet the pages themselves reveal little about the writer.

Drafted in militaristic prose, these are not the crazed scribblings one might expect from a man deemed the "epitome of evil" by a UN rights chief.

Rather, they are a neat log of notes from political and military briefings, with bullet-point lists recording each speaker's remarks. 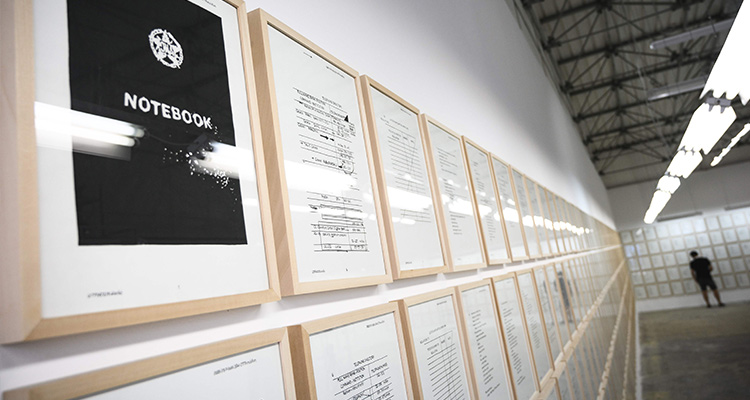 Some entries are purely logistical, for example one that notes the limited supplies of flour and oil for a local bakery.

Another details the precise number of Serbs in various Bosnian towns, eerily bringing to mind the ethnic cleansing that took place as Mladic carved out a Serbs-only statelet in an area once shared with Croats and Muslims.

The art exhibit, titled "The Notebook", is only the latest incarnation of the diary.

Dating from 1992, the start of Bosnia's war, it was one of some 18 notebooks discovered by ICTY investigators behind a fake wall in the Belgrade home of Mladic's wife a decade ago.

At the time, the man himself was still on the run and would not be arrested until a year later in Serbia, ending a 16-year manhunt. 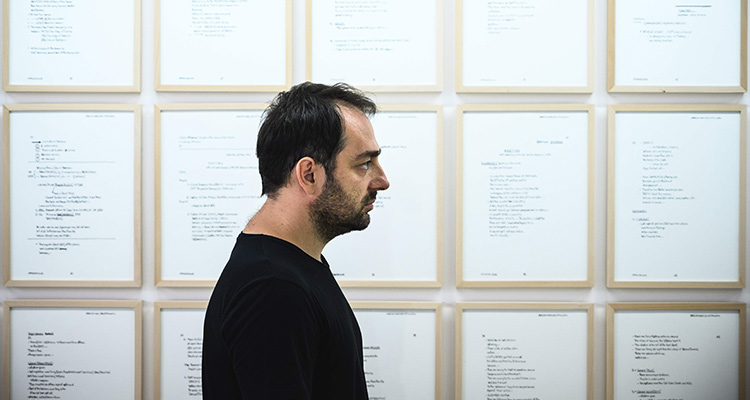 Handwritten in Cyrillic, the diaries were transcribed by a team of graphologists into a digitised version.

This text was then translated into English and French for the court's international members.

Miladinovic continued the cycle, using the English text as the basis of his own work.

The exhibit has garnered more attention internationally than at home, which does not surprise him. 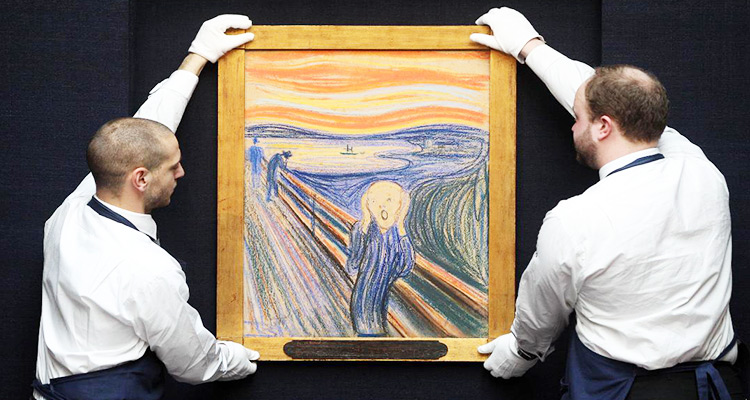 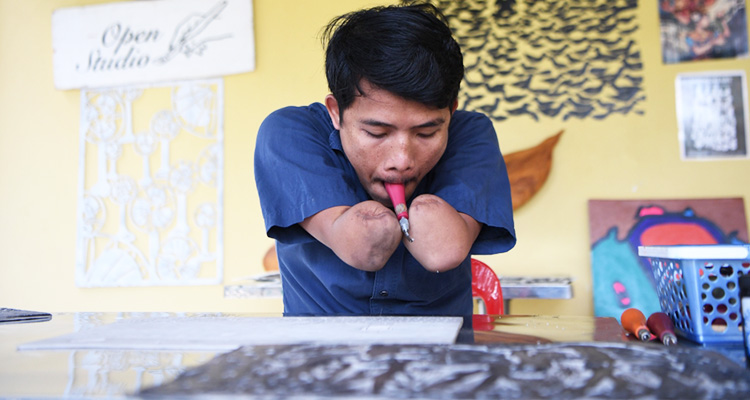