At 78, artist Anjini Prakash Laitu has all the colours of life - GulfToday

At 78, artist Anjini Prakash Laitu has all the colours of life 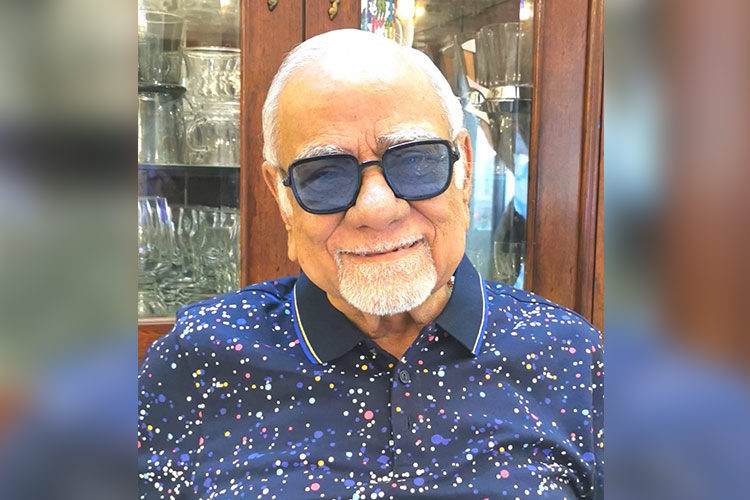 His passion for the art inspires us, it is unwavering. He is 78, but he believes that his beautiful life started only after 60. After working in different organisations in India and the UAE for almost four decades, the time came to hang up his boots and go back to India, to live a peaceful life.

However, he refused to live that life and opted to add colours to his retired life, to make his second innings more colourful. And he gracefully succeeded in doing so and is still doing with great passion.

Today, Sharjah-based Indian expatriate Anjini Prakash Laitu started romancing his brush professionally only after his retirement. His age has not at all dampened his enthusiasm to play with brush and paints; even in the recent lockdown, he kept himself completely occupied with brush and paints, rather, he created more than 40 new artworks in this period only.

Today, Laitu is a well-known and revered artist in the UAE art circles. He is also a member of Emirates Fine Art Society. He has exhibited his work almost every place in the UAE. Sharjah TV and local media have covered him extensively. His Facebook page is flooded with likes and adoration. 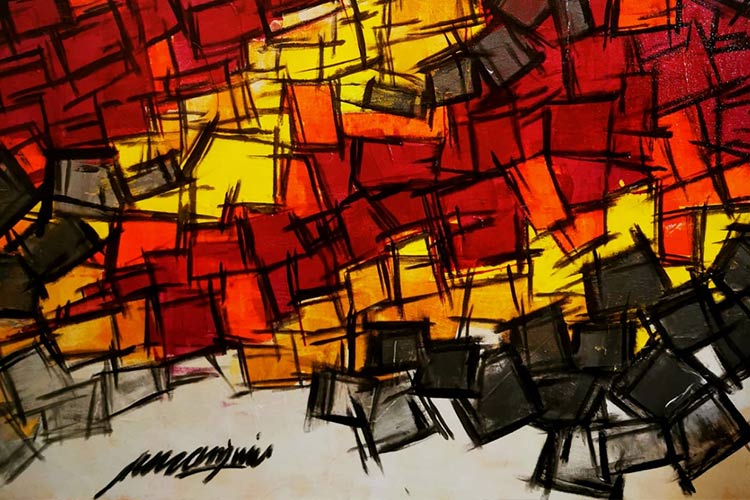 Laitu’s paintings are full of life and colour.

Visiting his FB page is so refreshing that you would like to be there for a little longer. And it is refreshing.  Laitu’s painting is full of life and colour and that’s why he calls his painting “COLOURS.”

He also displayed his work in New Delhi, Jaipur, Mohali and Nepal. Going strong even at this age is indeed an inspiration for everyone. Laitu can talk and talk about his passion for painting without losing enthusiasm even for a second.

Talking about that he said, “Love of people is what keeps me going. I get tremendous attention and respect wherever I go.” Born in Lucknow, India, Laitu’s professional engagement took him to many Indian cities.

Recalling his initial days, Laitu said, “I did a Bachelor of Science (BSc) in Paper Technology, and soon after joined a reputed Indian company, which had a paper mill factory, sugar mill factory, textile mill and glass factory. I joined as an apprentice in their Haryana office in 1961, and remained with the same company for almost 34 years.”

He shared, “I travelled to Nagpur, Madras, and Gujarat to look after my company’s work. I have worked in sales, then was transferred to the purchase department. I was in-charge of an organisation which had a group of companies and I was dealing in millions and that was a huge task those days. I grew up in the ranks in the same company.”

While he was posted in Madras (now Chennai), he was looking after a glass factory. At that time, he got an opportunity to come to the UAE in 1995. With a few of his former colleagues, he landed in the UAE on a new assignment and he worked there in the purchase department until 2001. He opted for retirement in 2001 from his professional engagement.

When asked why he picked art after the retirement, he said, “I had been fond of art and wanted to be a painter from my childhood, but those days it was not supposed to be a good career option and my parents did not allow me also, so the vacuum of not doing anything for art remained in my heart and kept it burning.”

Therefore, he joined Sharjah Art Institute in 2001, and studied there for three years and received certification.

“Perhaps that could be the reason that I joined the Sharjah Art Institute. I could find time to unleash my hidden desire to start a life as painter, though I was not a novice in this field. I had been into textile painting in my college days and I made a little money from that.”

He added, “I have been exhibiting my work 3 to 4 times a month for the last couple of years. I received lots of love from people across all the Emirates. Some 400 boys and girls in the art circle fondly call me uncle and they express their love and respect to me and perhaps that keeps me moving.”

I don’t have any liability in life. God has given me everything, he added.  Replying to a question on how he managed his lockdown period, he said, “I would finish two paintings in a week. I did not go out. I only went for a couple of meetings, otherwise I spend my time with my brush and paint at my home. I paint for three to 4 hours every day.”

Sharing his piece of wisdom with art enthusiasts, he said, “When you paint don’t try to imitate someone’s artwork, be original. “Don’t thinking of painting as a career unless you would like to go for academics. Otherwise, don’t take painting as a career.”