Saroj Khan: A gamechanger who had the world at her feet | Saibal Chatterjee - GulfToday 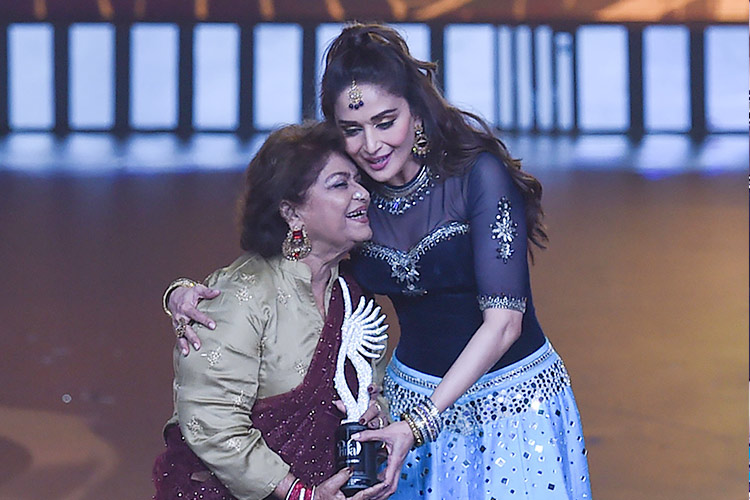 Choreographer Saroj Khan, who died of a cardiac arrest on July 3, aged 71, did more than anyone else in the business to catapult Hindi movie song-and-dance into the modern era. She broke from the past all right but did not yank herself away from her roots. She struck a fine balance between the classical and the contemporary in the 2000-plus musical set-pieces that she animated with her mastery over expressions, mudras and dance steps.

Two exceptionally gifted Bollywood divas, Sridevi and Madhuri Dixit, who, on their part, achieved stardom by breaking the male stranglehold on the film industry’s box-office dynamics, aided her in her endeavour to redefine Hindi movie dance with their talent and crowd-pulling power.  Yes, Saroj Khan’s rise to prominence coincided with the advent of the two leading ladies, the first women in the Hindi cinema firmament who could carry an entire movie on their shoulders. They paved the way for musical numbers to be conceived around solely the female lead and executed with the express purpose of inveigling their fan base.  Saroj Khan was an able ally. She knew all too well what it took a woman in a male-dominated sphere to establish herself as a leading force. With virtually every number that Saroj Khan choreographed mid-1980s onwards (with Sridevi, Madhuri and many others), she left a mark with dance moves and steps that went to acquire legendary status. 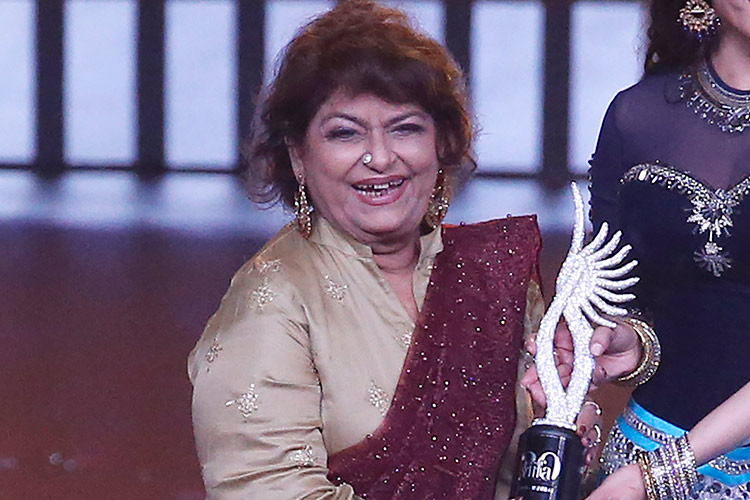 Her strength lay in her ability to utilise the learning from her decades of dance training to branch out in new directions. Her range straddled a wide swathe from the frothy “Tu cheez badi hai mast mast” (“Mohra,” 1994), a song for which she got the best out of Raveena Tandon, to the Kathak-inspired “Maar daala” (“Devdas,” 2002), one of her best-ever pieces for Madhuri Dixit. Saroj Khan worked with many other actresses during a four-decade career, including Manisha Koirala, Rani Mukherji, Aishwarya Rai, Katrina Kaif, Kareena Kapoor and Sonam Kapoor, but nothing that she ever did could better her formidable output with Madhuri, a fabulous dancer endowed with the skill to sync her facial expressions with the nimbleness of her feet.

With Madhuri alone, Saroj Khan delivered such a wide gamut of memorable numbers that had the choreographer done nothing else in her life she would still have been remembered forever as a game-changer.  When Saroj Khan arrived on the scene in the 1960s, life was a grind for a back-up dancer. Hindi cinema choreography was always a male preserve. As she made her strenuous way up the ladder, she served as an assistant to dance master B. Sohanlal. She also worked as a chorus dancer. Hers wasn’t a meteoric rise.  Saroj Khan’s debut as an independent choreographer was in “Geeta Mera Naam,” the only film ever to be directed by leading lady Sadhana. The film, which was released in the mid-1970s, was a certified hit but its success did not instantly open doors for the struggling choreographer.

She had to bide her time for another decade. Not only was choreography in Mumbai films totally dominated by men, dance in Hindi cinema also adhered to strict principles. The heroines rarely strayed beyond performing classical forms or folk dances. The vamps, on the other hand, limited themselves to mujras and cabarets. What we know today as Bollywood dance hadn’t taken shape when Saroj Khan was trying to break into the big league. Once she did, she took no time to jettison old habits and embrace a robust, freestyle approach to choreography. 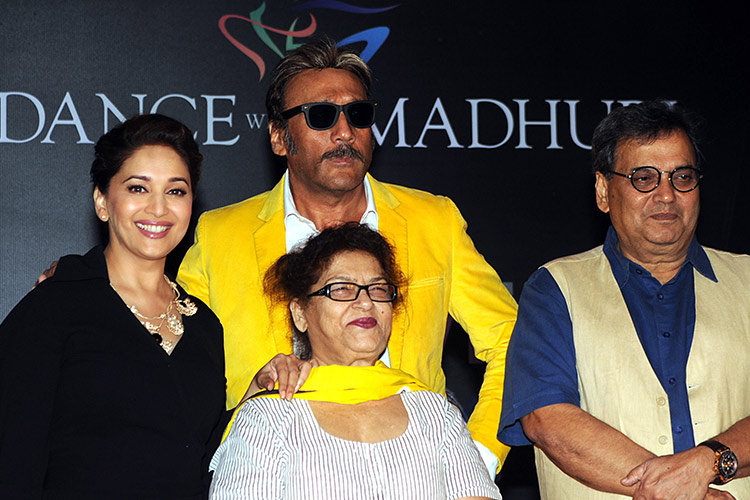 Not that she wasn’t rooted in the traditions of Indian classical dance. It was an attribute that was manifested in many a number that she choreographed, from “Maar daala” and “Dola re dola” in 2002’s “Devdas” to “Tabaah ho gaye” in 2019’s “Kalank.” However, working first for Subhash Ghai (“Hero,” “Khalnayak,” “Pardes,” “Taal”) and Yash Chopra (“Chandni,” “Darr,” “Dilwale Dulhania Le Jayenge,” “Veer-Zaara”) and then for Sanjay Leela Bhansali (“Khamoshi: The Musical,” “Hum Dil De Chuke Sanam,” “Devdas,” “Saawariya”) and several other Mumbai directors, she brought a fresh quality to the game of marrying the modern with the traditional in Hindi cinema choreography.

Starting with the superhit “Ding dong oh baby sing a song” in Ghai’s “Hero” (1983), starring Jackie Shroff and Meenakshi Seshadri, she moved up several notches with “Hawa Hawaai,” the “Mr. India” (1987) number that pushed Sridevi’s already thriving career to a new high. The very next year, it was Madhuri Dixit’s turn to ride the Saroj Khan wave. “Ek do teen” in “Tezaab” gave the actress a headstart in the numbers game.

Khan churned out numerous other memorable set pieces for both Sridevi and Madhuri. With the former, even before “Hawa hawaai” happened, she had done “Main teri dushman dushman tu mera” in “Nagina” (1986). In 1989, she came up “Mere haathon mein nau nau choodiyan hain” for Sridevi in Yash Chopra’s “Chandni.” Saroj Khan’s phenomenally fecund creative partnership with Madhuri lasted until the very end of the choreographer’s life and career. The numbers that the duo produced (besides “Ek do teen” and “Dola re dola”) were “Tamma tamma loge” (“Thanedaar,” 1991), “Hum ko aajkal hai intezaar” (“Sailaab,” 1990), “Choli ke peeche” (“Khalnayak,” 1993), “Mera piya ghar aaya” (“Yaarana,” 1995) and “Dil dhak dhak karne laga” (“Beta,” 1992). The dil has stopped doing dhak dhak. But Saroj Khan will live on in the millions of feet that will tap and the countless bodies that will sway every time, and wherever, a dance that she conceptualised is seen and heard. 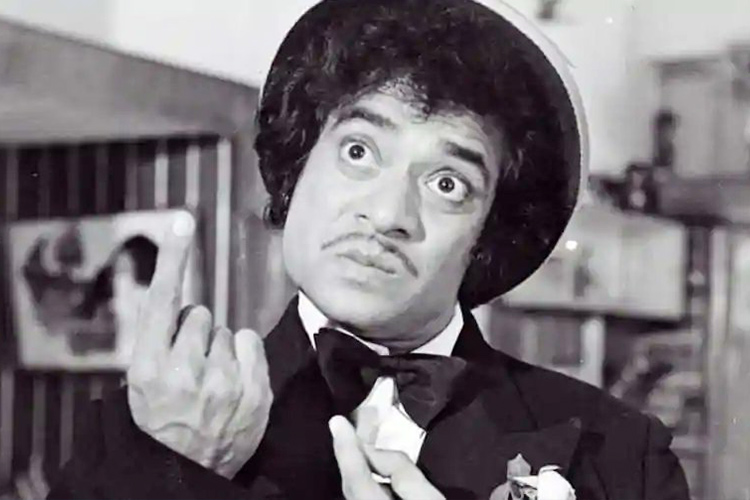