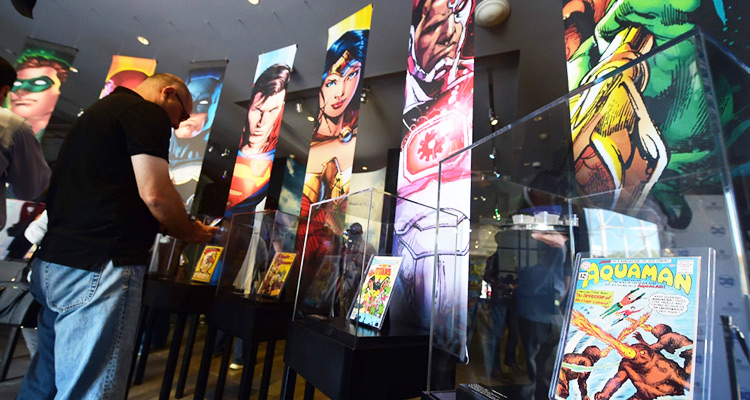 The original first edition comics are displayed at the press preview of "DC Universe: The Exhibit."

The deal announced Thursday follows a separate Spotify deal with Kim Kardashian West for a criminal justice podcast, as the Swedish platform continues to splurge on a raft of original content.

The multi-year deal with DC parent WarnerMedia for an "original slate of narrative scripted podcasts" will explore "new shows based on the vast universe of premier, iconic DC characters," the companies said in a statement.

It did not confirm which comic book characters would feature, or the cost of the deal, which will also include "new dramatic and comedic podcasts" based on other Warner Bros. titles.

But the deal comes as Spotify ramps up its podcast content, including a reported $100 million outlay last month on "The Joe Rogan Experience," the most downloaded podcast in the United States.

On Wednesday, it emerged Spotify had inked an exclusive deal with Kardashian West, the reality star turned criminal justice advocate. 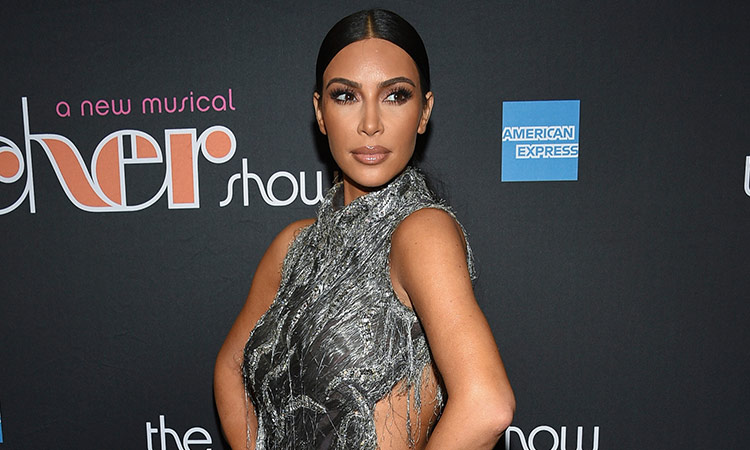 The show will investigate the case of Kevin Keith, a convicted mass murderer who maintains his innocence for the 1994 deaths of three people including a four-year-old child, according to the Wall Street Journal.

Keith's death sentence was commuted to life in prison by Ohio's governor in 2010 due to unanswered questions in his case.

Several dozen former judges, lawyers and prosecutors believe he may have been wrongly convicted and had called for his execution to be halted.

Spotify confirmed the deal with Kardashian West, but declined to offer any further details.

For a little over a year, Spotify has slowly been moving into the podcast world.

In early 2019, it bought the podcasting company Gimlet Studios for around $230 million, as well as the production interface Anchor for more than $100 million.

And in February, Spotify acquired The Ringer, a sports and entertainment production studio, for between $141 million and $195 million, depending on several variables.