Shah Rukh Khan to aid Muzaffarpur station child, says ‘I know how it feels to lose a parent’ - GulfToday 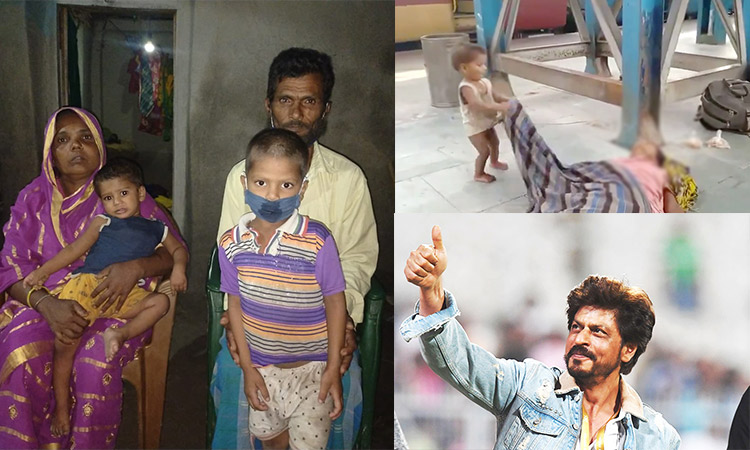 A combo picture of Shah Rukh Khan and child with his grandparents.

The superstar says he knows how it feels to lose a parent.

Meer Foundation shared a picture of the child with his grandparents and said it will be looking after his well-being. “#MeerFoundation is thankful to all who helped us reach this child, whose heart wrenching video of trying to wake his mother disturbed all. We are now supporting him and he is under his grandfather’s care,” the organisation’s tweet read. 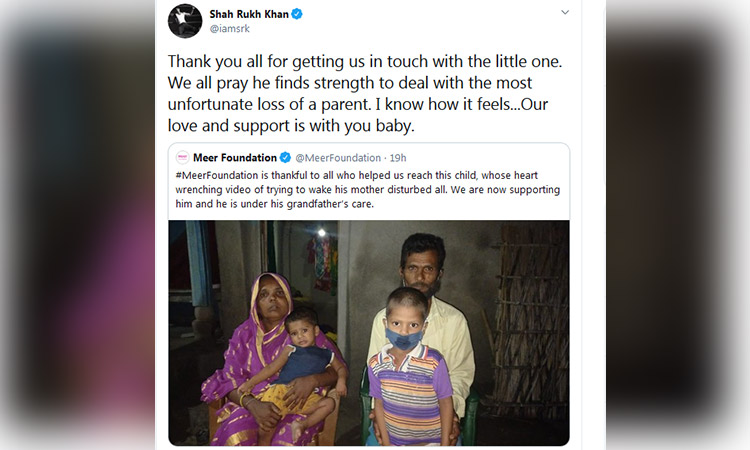 Shah Rukh Khan tweeted, "Thank you all for getting us in touch with the little one. We all pray he finds strength to deal with the most unfortunate loss of a parent. I know how it feels...Our love and support is with you baby.”

Shah Rukh lost his father when he was a child and his mother died 30 years ago. During his interview he had said that there is one thing ‘he holds against his parents’ it’s that they did not spend enough time with him. “So that’s one thing I decided. That I am going to make sure that I live very long, and I make sure that I keep on living with my kids and never let them feel they don’t have a parent. So any given moment I spend with them, I study with them, I sleep with them, I chat with them, I sort out all their problems, and I hate it when they have boyfriend girlfriend problems.” 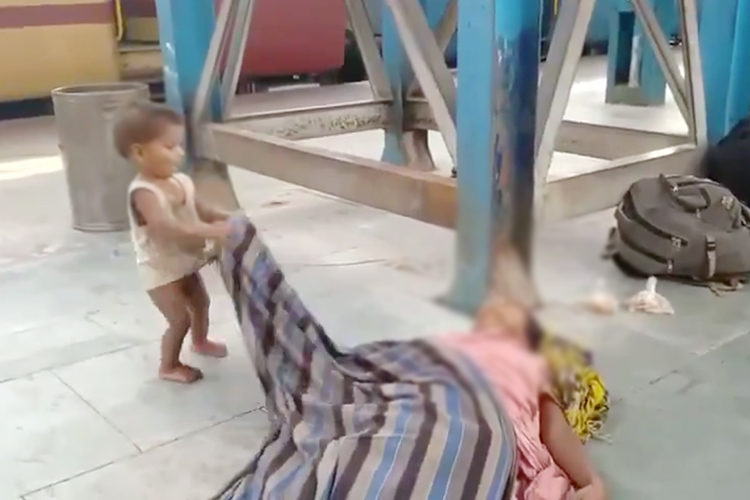 A screengrab from the viral video in which the toddler tries to wake up his dead mother.

Khan has also been helping many others in need during these tough times. Recently, when West Bengal was severely affected by the cyclone Amphan, Shah Rukh along with wife Gauri Khan reached out to victims along with IPL team Kolkata Knight Riders.

The actor's group of companies, Kolkata Knight Riders, Red Chillies Entertainment, Meer Foundation and Red Chillies VFX, also announced several initiatives to support the efforts of the government in its COVID-19 fight. The actor also provided 25,000 PPE kits to the medical workers in Maharashtra who are fighting to contain the novel coronavirus pandemic in the state.