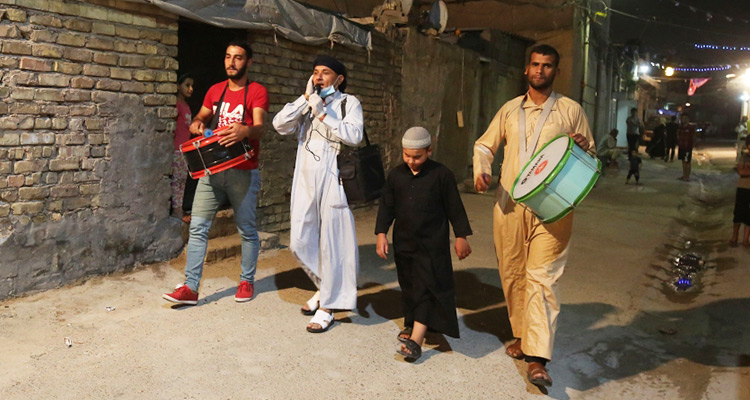 Sayyed Mozahem (2-R) the "Musaharati" calls for Muslims to have their final meal before a new day of fasting begins.

A few hours before dawn, the wailing voice of Sayyed Mozahem rings out across a small neighbourhood in old Baghdad, amplified by his portable microphone.

Mozahem is the neighbourhood "musaharati", responsible during Ramadan for reminding Muslims to have their final meal before a new day of fasting begins with the sunrise.

"Fasters, wake up," he chants, marching through the streets to the beat of his traditional drum as his older brother and father did before him.

But his refrains have a special twist: "May Ramadan keep the coronavirus away," and "God, spare Iraq from COVID-19". 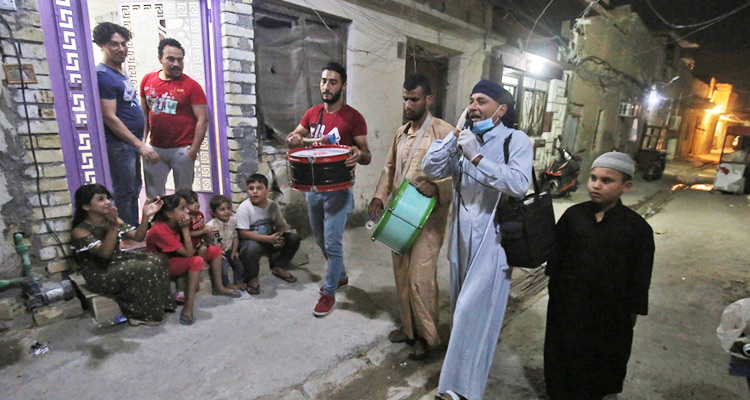 Sayyed Mozahem the "Musaharati" calls for Muslims to have their final meal before a new day of fasting.

Iraqis are adapting their Ramadan routines to fit a curfew from 5 pm until 5 am -- the hours Baghdad usually comes alive with huge fast-breaking feasts, late-night runs for sweets and midnight mosque visits.

After Mozahem wraps up his pre-drawn call -- technically a violation of the nighttime curfew -- the sun rises over Baghdad, the second most populous Arab capital.

By noon the heat is bearing down on the streets, sending traffic police in search of slivers of shade. The call to prayer rings out from hundreds of mosques, urging Muslims to worship from home.

Soon after, it's Moussa al-Bedeiri's turn.

Twice a day, the firefighter uses the megaphone on his firetruck to urge people to stay home, avoid gatherings and wash their hands regularly. 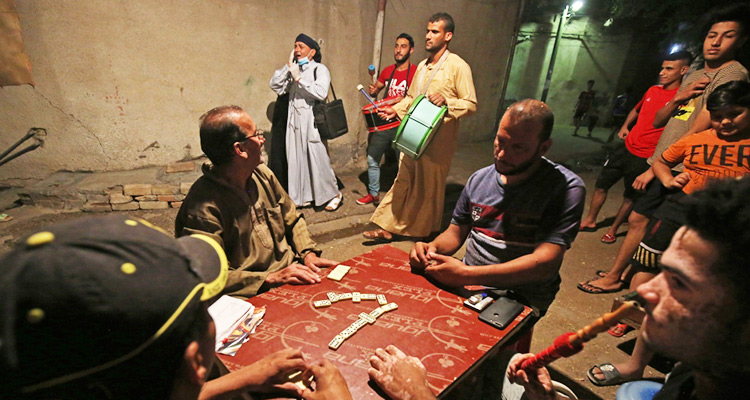 Iraqis are adapting their Ramadan routines to fit a curfew from 5 pm until 5 am.

His throat and lips are cracked but as a devout Muslim Bedeiri refrains from drinking during the long sweltering days.

"As the coronavirus spread, our work has doubled. We had more sanitisation campaigns and broadcasts of official guidelines through loudspeakers on the civil defence vehicles and at our centre," he tells.

The blinding sun dims into a late-afternoon haze as 22-year-old Mortada zips through traffic on his motorcycle.

Strapped to the back are food packages that Mortada needs to deliver before the curfew begins.

Restaurants have been closed to patrons for around two months but as restrictions have eased, they have been permitted to open for home deliveries. 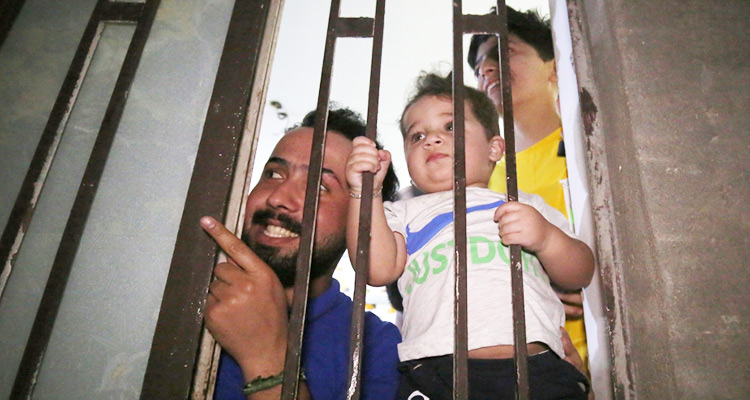 Members of a family peek from the window to watch Sayyed Mozahem, the "Musaharati."

Mortada makes less than a half-dozen deliveries per day now, about a quarter of his usual haul during Ramadan.

The sun is preparing to set, casting long shadows across the vast esplanade of Baghdad's Abdelqader al-Gailani mausoleum, where a revered Sufi figure is buried.

For the first time in his life, 70-year-old sheikh Yalmaz Youssef is seeing the shrine and attached mosque empty.

"Since the '70s and until this day, I have never seen the door of the holy shrine of Sheikh Abdelqader closed. But when I did, I cried," Youssef tells.

As dusk settles, the dainty garlands decorating the mosque light up and the sunset prayer -- calling on Muslims to break their fast at home -- echoes across the city.

Iraqis bite in to modest dinners at home with family, reminiscing about past elaborate meals where dozens of relatives, neighbours and friends were invited.

Instead of strolls through halogen-lit streets to pick up sweets or toys, they wile away the nighttime hours with card games or television.

The numbers are rising faster now, a grim lead-up to the Eid al-Fitr holiday -- usually a joyful occasion for extended family gatherings. 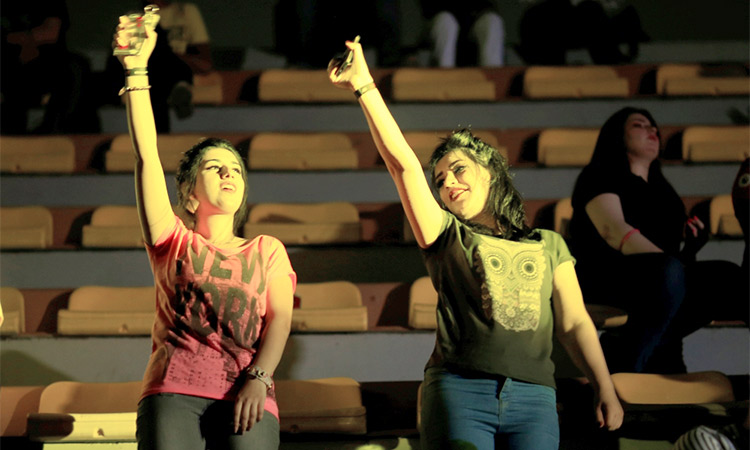