Oh, to be at Jameel Arts Centre, Dubai, now that Spring’s there! - GulfToday 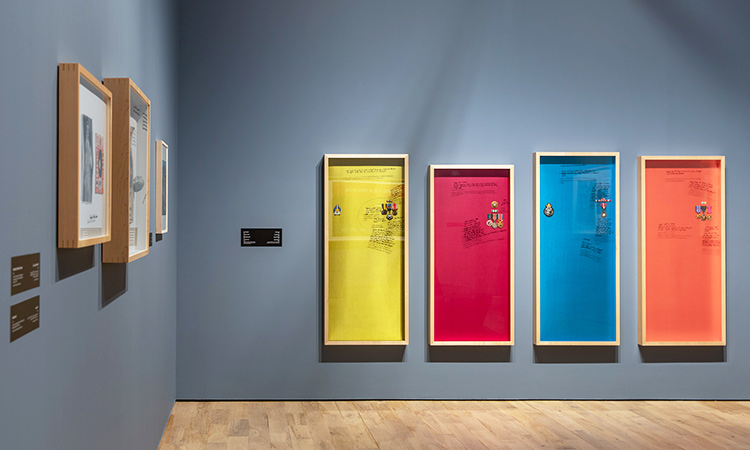 The Jameel exhibition features Rakowitz’s most significant projects from the past two decades; the eight multifaceted installations – in sculpture, drawing, film, sound and photography - draw on architecture, cultural artefacts, cuisine and geopolitics.

The exhibition is curated by Iwona Blazwick and Carolyn Christov-Bakargiev with Habda Rashid, Marianna Vecellio and Art Jameel’s Nora Razian.

Antonia Carver, Director, Jameel, said that “we are united in our long admiration of Michael as an artist – from afar for so many years, and from his first foray into Dubai hosting Dar Al Sulh at Traffic back in 2013

“Michael occupies an unusual position – beloved by the public at large, but also an artist’s artist – I was struck by the fact that when we announced his show on social media, the first likes, multiple heart emojis and enthusiastic comments to pour in, were all from his fellow artists. “But his intricately researched, whole-hearted works wield influence way beyond the artworld – they identify, relate and challenge the most urgent debates of our time.

“And the incredible layer upon layer of storytelling means that this is an exhibition that commands and rewards multiple visits and viewings – please be sure to do so over the next six months!”

Rakowitz said that “it is so meaningful to me for my work to be shown in the Arab world, which my family called home, and where I am endlessly inspired and where I have been made to feel very much at home”. 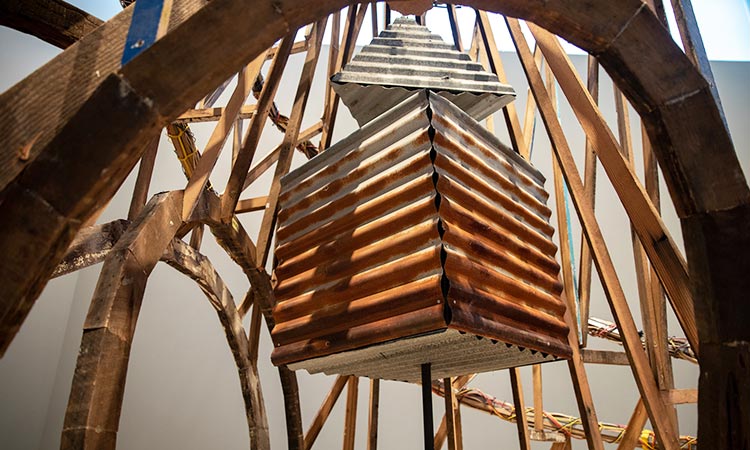 Razian recalled that she had met the artist about ten years ago in London on the occasion of his solo exhibition at Tate Modern (The worst condition is to pass under a sword which is not one’s own) in which Rakowitz showcased his work tracing the relationship between Star Wars, Saddam’s Fedayeen, the World Wrestling Federation and Jules Verne. “It was a little nuts and it was like nothing I had encountered before; a way of weaving together histories and events that left you questioning your assumptions about place, identity, and the circulation of cultural references”, she said.

She continued: “So it was really a long held dream come true to finally work with him on an exhibition, and to start a conversation with the Jameel that we hope to continue long into the future.”

She noted that the exhibition brings together eight installations spanning 20 years of the artist’s work, starting from Parasite, a work which was produced when Rakowitz was in graduate school at MIT in the late 1990s, to the maquette for his recent fourth plinth commission, a reconstruction of a Lamassu destroyed by daesh in 2015. 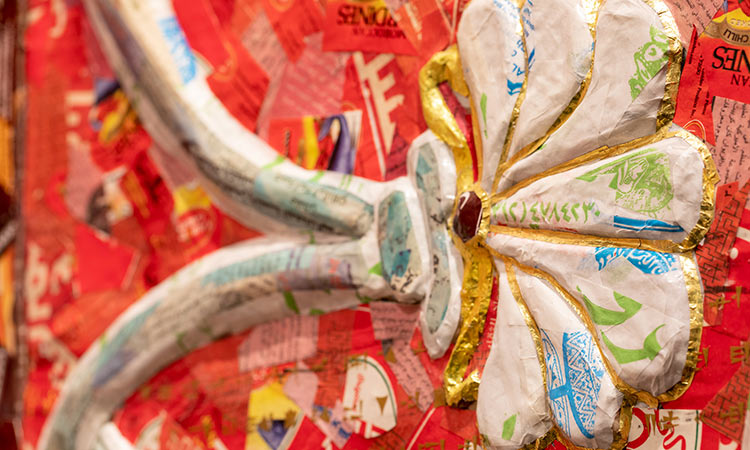 The invisible enemy should not exist (Northwest palace of Nimrud, Room N) (detail).

“Each room of the exhibition”, she said “can be read as a world in itself; yet at the central core of the work is an unflinching engagement with the messiness and complexity of a shared human history, and a desire to zoom in on, as Michael puts it, the point where ‘enlightenment gives way to collapse’ as a blueprint for moving forward by looking back”.

Finally, she said that “Michael has described his culinary works as aiming to “turn the stomach while simultaneously filling it”. That is a very apt way of describing what his body of work does: it punches you in the gut and kisses you on the head at the same time, always leaving you hungry for more”. Rakowitz’s installations involve extensive research and investigation. His works touch on a broad range of social issues, conflicts and the destruction of material heritage – from the failure of modernist architecture and the condemned dwellings of an Aboriginal community in Sydney through to the destruction of 6th-century statues by the Taliban, the collapse of Pan-Arabism and the theft and destruction of thousands of archaeological artefacts in Iraq following the 2003 invasion. 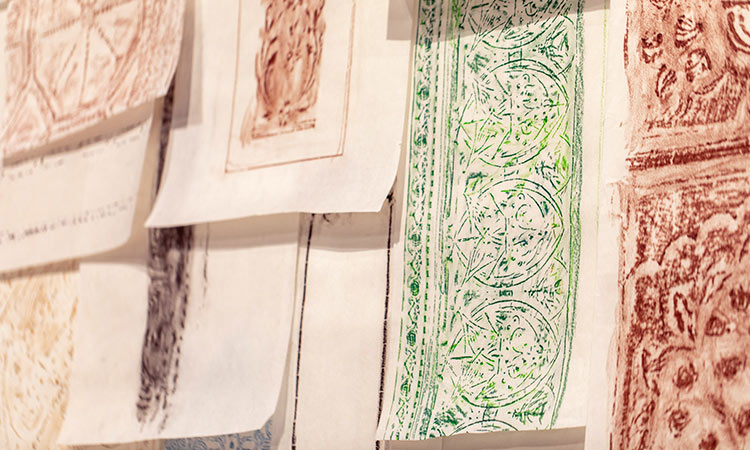 The exhibition is accompanied by a large-scale print publication and a free-to-download Arabic e-book, and is complemented by a captivating and varied public programme for all ages.

On Mar. 14, Rakowitz was also on the cards in an in-conversation with writer Shumon Basar, in an edition of The Essential, the Jameel’s ‘live interview’ series that highlights cultural influences that have shaped the work of major personalities. Unfortunately, it was not held, due to current circumstances. Call it Will of the Virus. The Jameel show follows its display at the Whitechapel Gallery and Castello di Rivoli Museo d’Arte Contemporanea.

This Spring also sees every site within Jameel Arts Centre activated by a programme that involves architecture intervention ‘Follies’ in the desert gardens and immersive public works by major international artists Conrad Shawcross and Hassan Khan in the Sculpture Park, through to ceramicist Lubna Chowdhury in the Lobby and anthropologist Nathalie Peutz in the Library. A broad public, outdoor programme highlights the Arabic language, through music, poetry and podcasts. 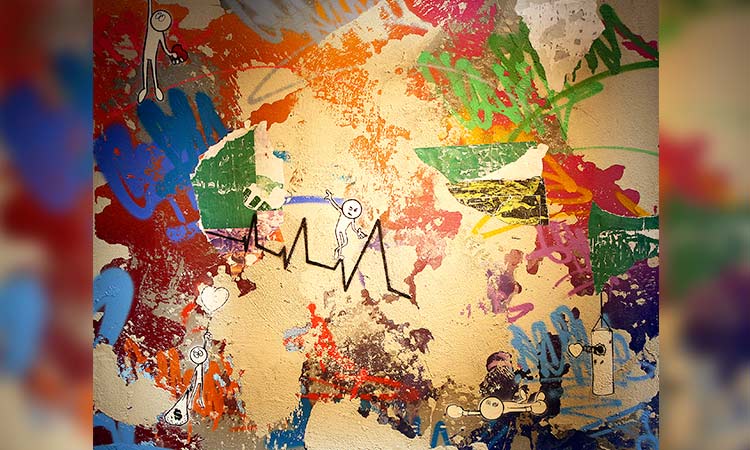 Opera Gallery Dubai is hosting the works of American artist Kai. The multicultural artist started to develop his passion for art as early as the age of fourteen, on the streets of his hometown.