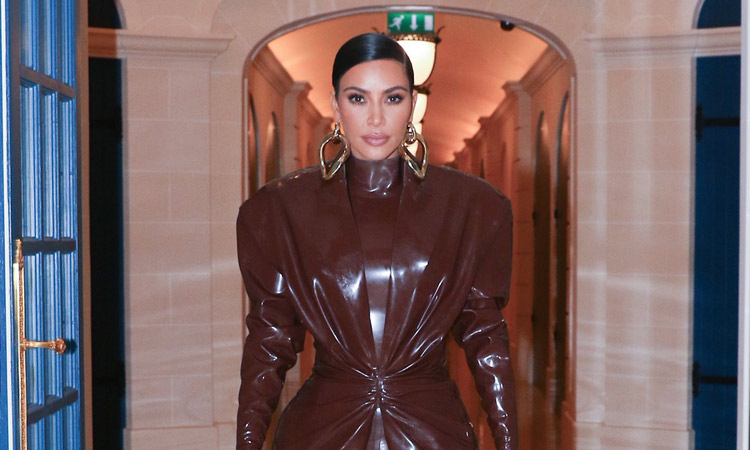 Kim Kardashian poses for a photograph during a fashion show in California. File

Kim Kardashian, the American trailblazer of lifestyle and fashion with zillions of followers on social media, shared a book extract on Twitter that she says foretold the coronavirus outbreak.

According to a report in a section of the British media, the 39-year-old “Keeping up with the Kardashians” star posted a photograph from the 2008 book “End of Days,” co-written by Sylvia Browne, who claimed to be a psychic.

The excerpt claimed that a “severe pneumonia-like illness” would hit the entire world in 2020. 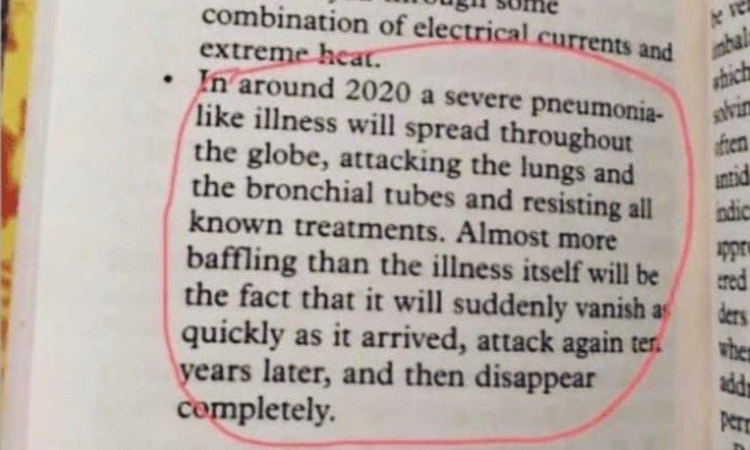 “Kourtney just sent this on our group chat,” she said. The book was published five years before Browne’s death in 2013.

Browne wrote that the illness ‘will spread throughout the globe, attacking the lungs and the bronchial tubes and resisting all known treatments.

What she wrote after this is simply perplexing: she said it would “vanish as quickly as it arrived, attack ten years later, and then disappear completely.” Kim, who aspires to be a lawyer, was rated by prestigious magazines variously as ‘one of the 100 most influential people’ and a ‘pop culture phenomenon.’ In a related development, an old tweet from 2013 sent net buffs into a tizzy after it re-emerged and became viral on Twitter.

The resurfaced tweet was written by a Twitter account named Marco with the username @Marco_Acortes predicting the novel coronavirus outbreak seven years ago. The user tweeted “Coronavirus....it’s coming” on June 3, 2013.

As the tweet resurfaced on the Internet, social media fans were taken by surprise over the post predicting the virus seven years ago.

As the post went viral, followers of social networking sites were all agog with excitement over responding to the tweet because COVID-19 itself has become a pandemic.

A user wrote, “You hacked Twitter to change the date right?” Another wrote, “I mean... who would listen to u if we knew it was gonna take 7 years... oh wait.” “His last tweet was in 2016 the government probably shut him down because he was being too loud,” read another post.

A user remarked, “Everybody joking in the f*****g comments when I’m literally here with chills wondering how someone would tweet this 7 years ago.”