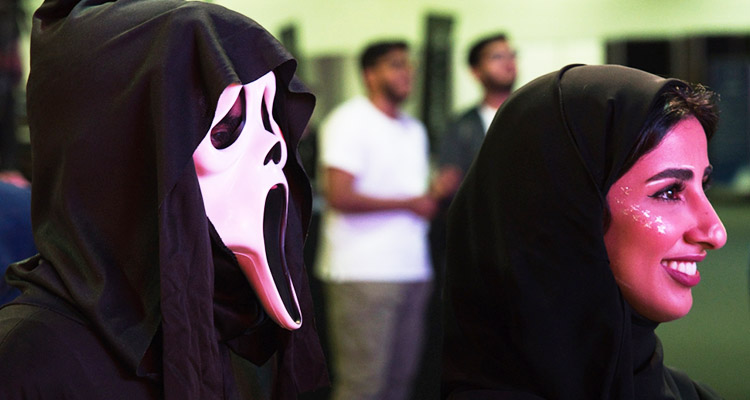 A health official was quietly monitoring people walking in and out as the Middle East Film & Comic Con began in Dubai.

The health official wordlessly watched over an infrared camera filming all who passed by - including a few scythe-wielding Grim Reapers.

Welcome to Comic Con in the times of the new coronavirus.

The Middle East Film & Comic Con began on Thursday night in Dubai, a city of skyscrapers. 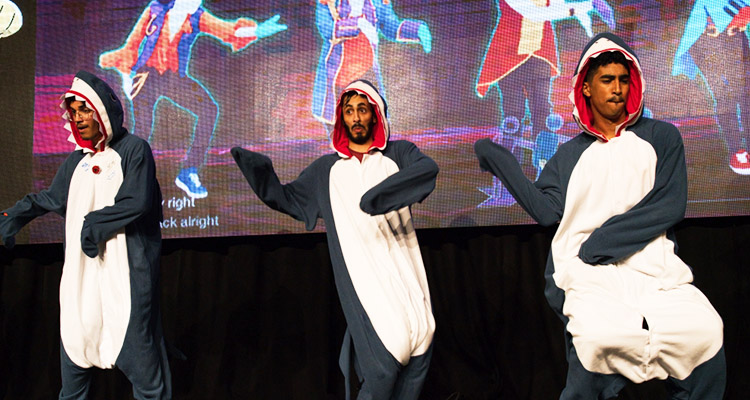 Nationwide, schools and universities will be shut down for four weeks beginning Sunday.

But not Comic Con. As actor John Rhys-Davies - you know him as the Egyptian character Sallah from the "Indiana Jones” franchise - exhorted a crowd to become filmmakers themselves, the halls at the Dubai World Trade Center slowly filled.

For the uninitiated, anyone can come to a Comic Con in your street clothes. But many choose to cosplay, or "costume play," as a favorite character from a film, television show, video game or comic book.

An initial surprise came from an Emirati in the traditional kandora robes, ghuttra headscarf and lifelike mask of Nemesis from the "Resident Evil” video game series.

He played a guitar for happy Instagramers. Hand sanitizer stations stood at the ready nearby. 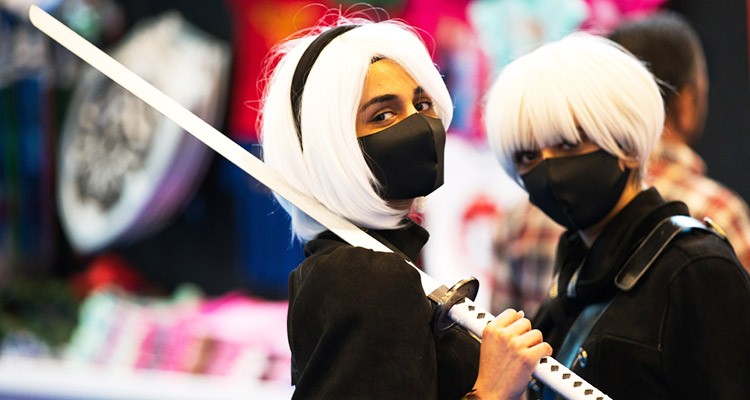 For the Nintendo-famed plumbers Mario and Luigi - rather 24-year-old Bibi Zumot of Jordan and 21-year-old Mohamed Rashed of Egypt - they acknowledged that the coronavirus did come up in their minds as they attended.

And if it hadn't, "my mom, my friends' mom, everyone's mom” had reminded them beforehand, Rashed said.

"The gloves still work with the Luigi thing,” said Rashed, who went as a voodoo doll to his first Comic Con.

Both Rashed and Zumot praised the organizers for having thermal scanners, hand sanitizer and medical staff on hand for the event. However, Zumot offered a bit more of a fatalistic view.

"If corona gets me, it's going to get me!” he bellowed in his red overalls. 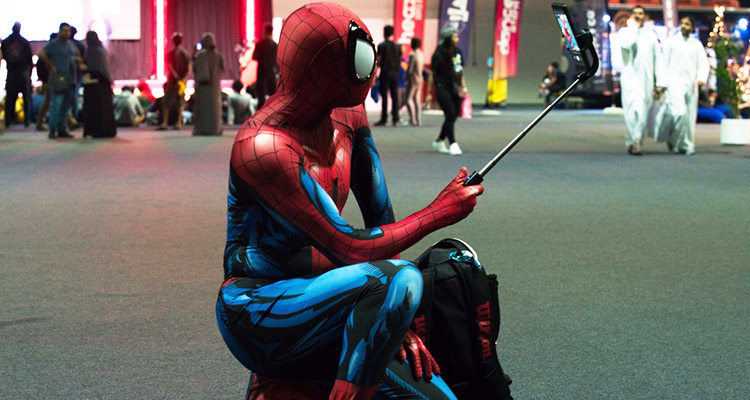 A man dressed as Spiderman pauses for a selfie at the Middle East Film & Comic Con in Dubai, United Arab Emirates.

Others took a bit more of a cautious view, wearing off-character surgical masks or in-character protection like bandit masks covering the lower half of their faces.

Most seemed unconcerned by the Grim Reapers moving through the crowd to the beat of pop music.

A Batman next to a Dubai police officer getting out of a sports car.

The DeLorean from "Back to the Future” in front of the Burj Khalifa, the world's tallest building, with the caption "Back to Dubai.”

Other stands tested the germaphobe. A giant mockup of Thor's hammer, supposedly unliftable except for the worthy, found itself lifted and touched all over by every person wanting a photograph.

Deeper inside, those costumed took part in sessions of a dance contest to win prizes. They watched monitors for the moves, egged on by a master of ceremonies who may have exaggerated his qualifications.

"There’s no corona anywhere in this building! I checked!” he shouted.

As a new contest began, three Emiratis dressed in shark onesies threw themselves onto the stage as the "SOS," or "Squad of Sharks.”

As the first chords of the 1997 hit "Backstreet's Back” belted out, 18-year-old squad member Hamad al-Shamsi of Abu Dhabi reached inside his onesie for hand sanitizer.