The mystery and magic of fashion immortalised into art - GulfToday 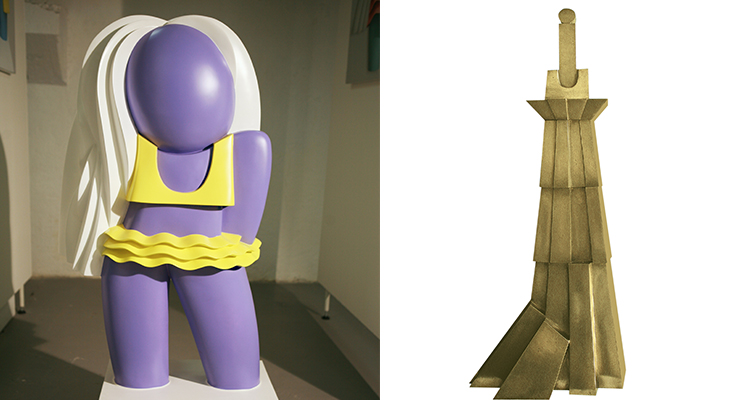 A combo image shows a doll posing on the catwalk and the Dress totem sculpture, with echoes of Africa.

One of the most prominent figures from the Italian world of art and culture, Flavio Lucchini, is showcasing a series of his artworks at Oblong Contemporary Art Gallery on Blue Waters Island, Dubai (Feb. 6 – Mar. 10).

The exhibition titled ‘From Fashion to Art: the Vogue Lesson’, features works by Lucchini, including his classics and unpublished works, all of which together offer a fusion of his professional journey to date and his continuous search for the meaning of the dress, created with different mediums and styles, including bronze resin, steel sculptures, paintings, bas-reliefs, digital-art and the experience of dematerialisation as conceptual art, all the while keeping the message constant.

“The women’s dress can convey beauty, irony, boldness, eroticism and many other emotions. They have represented a major part of my life and I have never considered them as simple shells, from the divine haute couture dresses, to miniskirts, to the hippy, folk, punk dresses and even abayas and burqas, with their ethical and aesthetic implications. Dresses are a tool which the world can witness the changes and aspirations of society, together with the celebration of beauty, femininity and creativity”, Lucchini says.

The artworks highlight the close link between art and fashion, thanks to Lucchini’s background as an avant-garde art director and publisher of L’Uomo Vogue, Casa Vogue, Vogue Bambini and Lei-Glamour in the 60s and 70s in Italy and in other magazines.

He has seen trends fade away with every passing season and would always want to fix them with bronze, steel and resin in order to save them from their untimely destiny and make them last forever.

In his world, the dress goes back to be the enchanted and creative emotion as it was in his publishing days.

In short, Lucchini’s exhibition at the Oblong gallery transforms fashion into art and puts art into fashion.

“I like to move from classicism to new pop, in a sort of direct line, right between Canova and Jeff Koons. I’m interested in the mystery and magic of fashion. To glorify it and at the same time to desecrate it”, Lucchini adds.

He was born in 1928, in Mantua, Italy. Post attending Milan Polytechnic in the faculty of Architecture, he studied later at the Brera Arts Academy from 1946-50.

In the 1960s, he worked as a graphic designer and gained a reputation for his unique avant-garde work. In 1979, he collaborated with Corriere della Sera and created Edimoda, the first Italian publishing group specialised in high-target fashion publications.

He created Donna, Mondo Uomo, Moda and other magazines that have influenced the content and the aesthetics of women’s magazines of the past decade.

From 1965 to 1979, on behalf of Condè Nast, he launched Vogue Italia and created all the new magazines of the group (L’Uomo Vogue, Casa Vogue, Vogue Bambini, Lei-Glamour ecc).

Lucchini is known as one of the most influential persons in fashion editing. He continues to scout and support many young artists who will become stylists, photographers and successful journalists.

In 1990, he left all his important commissions and began to explore the relationships between art and fashion.

For several years he began to experiment with technique and materials, allowing him to accumulate a range of art-works.

After fifteen years of isolating himself in his studio and perfecting his works, he participated in his first exhibition. In 2004, he published the book “Dress-Art, a life in fashion” and in 2010 “From Fashion to Art: the Vogue Lesson”.

In 2011, he was invited to Venice Biennale of Art, to represent the Italian Pavillion. In 2012, he exhibited more than one hundred works in the anthological and institutional exhibition “On the dream of the body ‘living’” at the Palazzo Ducale, Sabbioneta (Mantua, Italy).

In 2018, he published “Cahier”, an artist’s booklet signed and numbered in a limited edition of 100 copies, with original drawings inspired by the collections of Armani, Gigli, Versace of the early 90s and “Il Destino – I had to be a farmer but I met fashion (and I’m not a fashion designer)”, an autobiographical book on the golden years of fashion and the experience of art in 90 memories.

He currently divides his time between Milan, where he has his studio, and Paris, where, in his Saint-Germain home-gallery, he focuses totally on his art and Dubai.

Oblong’s mission is to create a successful global arena for culture and art. A place of cultural exchange, especially for modern and contemporary art, it hosts a strong programme of workshops, educational initiatives and also a cross-cultural art exchange programme between Dubai and Pietrasanta, on the coast of northern Tuscany in Italy.

The gallery name was derived from the ‘oblong’ shape, which comes from three other shapes: a square, a circle and a rectangle.

The founders of Oblong, Emanuela Venturini and Paola Marucci, have described the shape as a representation of their different backgrounds and characters. 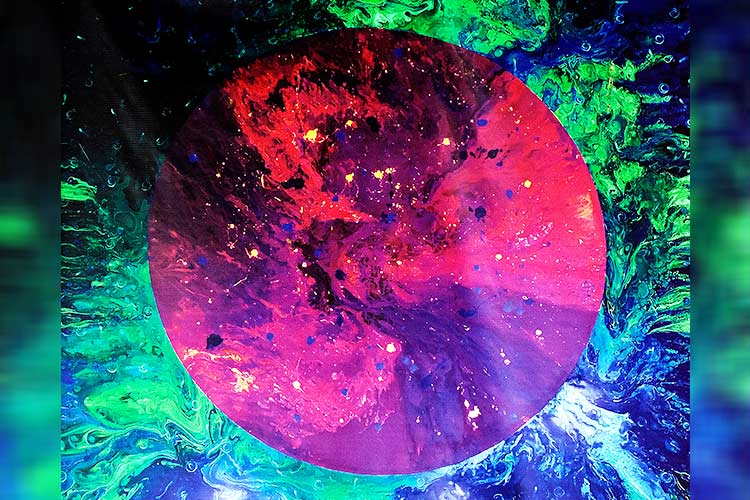 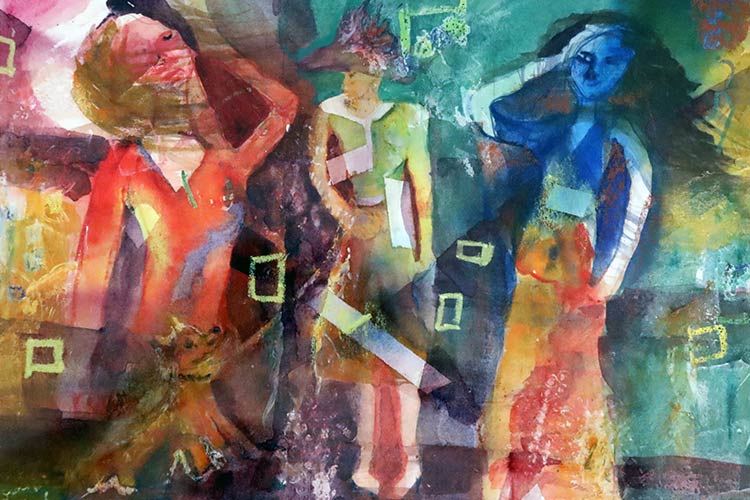 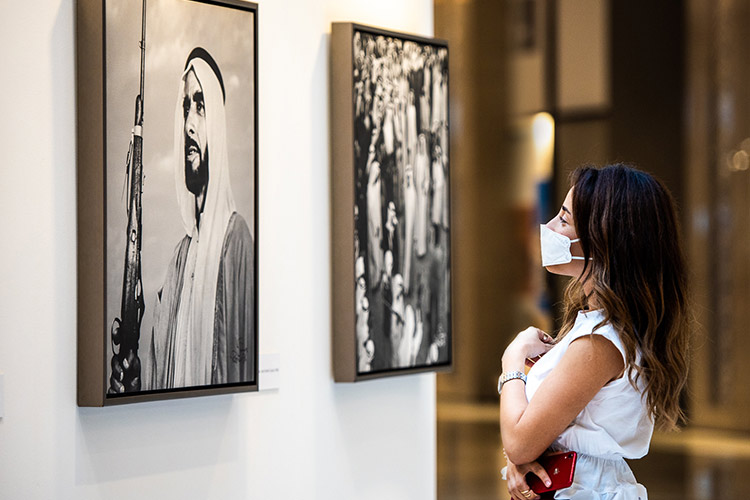