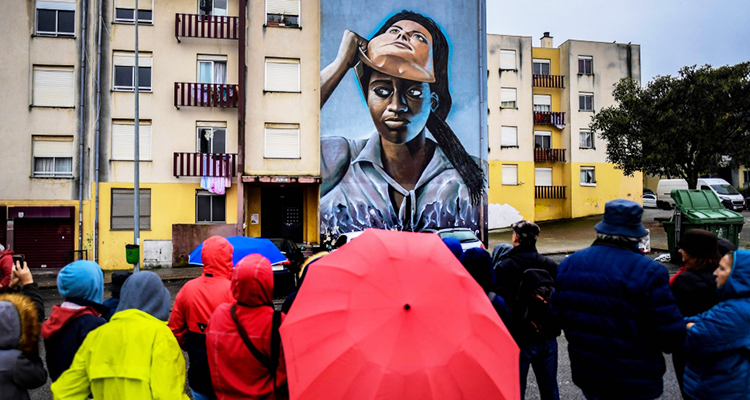 Visitors watch a mural by Portuguese artist Nomen in Sacavem.

In a poor neighbourhood north of Lisbon, tourists contemplate a huge mural of a black woman pulling off a white mask -- a potent symbol in a "no-go" neighbourhood that has been transformed by art.

The painting by Angolan-Portuguese artist Nomen is undoubtedly "the most important one" for people who live in the Quinta do Mocho housing project, because "it sums up our history," guide Emanuela Kalemba says during a visit of the neighbourhood. 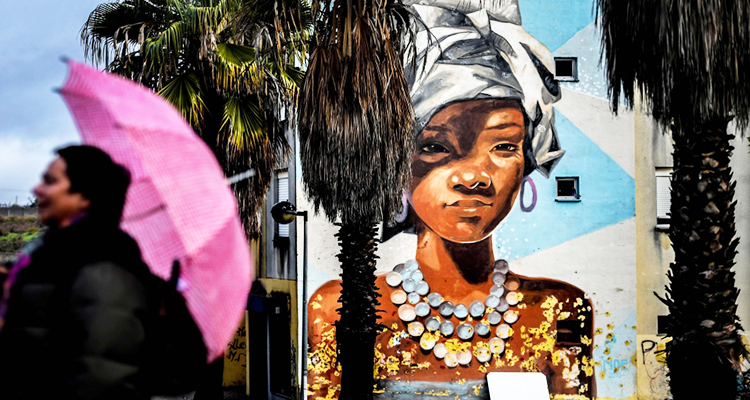 People walk past a mural by Uruguayan artist Maria Noe.

"She symbolises the social mask that neighbourhood residents must put on outside. To apply for work, or get into school, we often have to give a fake address to avoid saying where we come from," the 30-something woman tells a group of around 50 visitors, including many pensioners decked out in rain gear.

The complex of four-storey buildings was built around the turn of the century between the airport and city centre to house 3,000 people, mostly from former Portuguese colonies in Africa. 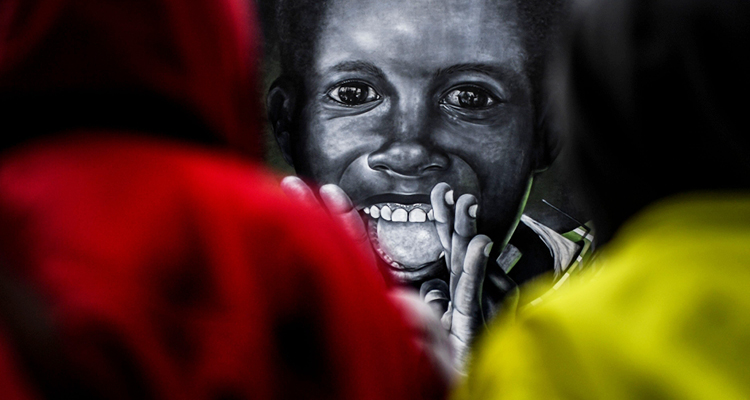 Visitors watch a mural by Brazilian artist Vespa during a guided visit to Quinta do Mocho neighbourhood.

Unemployment, crime and a lack of public transportation led to the district being considered a "no-go" zone that taxi drivers refused to enter.

In 2014, local officials decided to improve the district's image, and invited Portuguese and foreign artists to paint murals for what they now call "the biggest open-air art gallery in Europe". 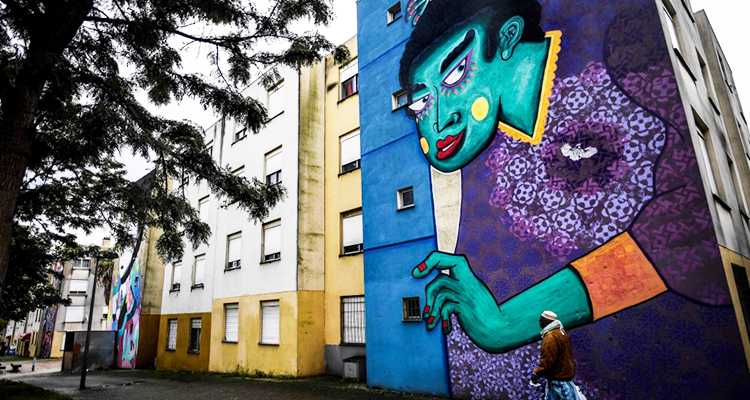 A resident of Quinta do Mocho neighbourhood walks past a mural by French artist Stew, in Sacavem.

The works include a dove in rainbow colours, an African woman in a multi-coloured turban, and a monochrome portrait of reggae icon Bob Marley. 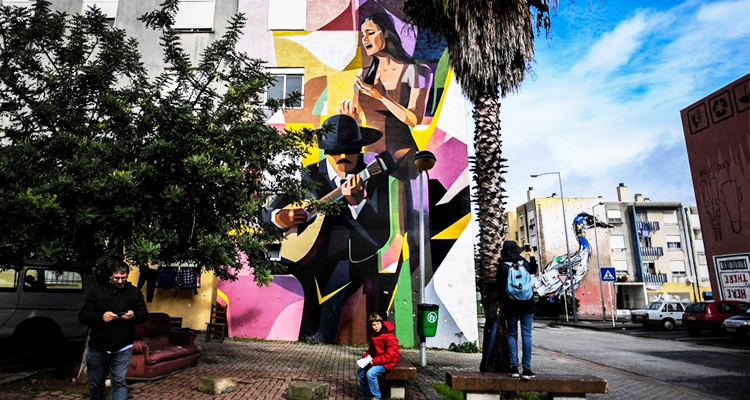 Pensioner Celso Rodrigues marvelled that they "have succeeded in transforming a deteriorating and fairly sad neighbourhood," while remarking that "the result is spectacular!"

"We won't solve all the problems by covering the walls with paint," but the project has helped changed some minds, giving residents "a little self-esteem" by "showing the outside world that the neighbourhood is changing," Kalemba says. 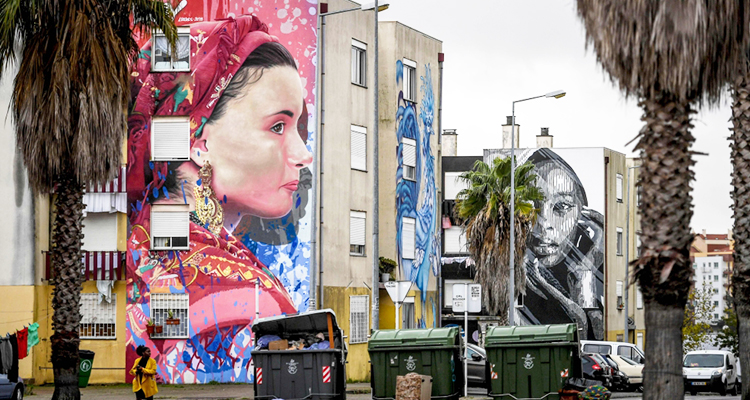 A resident of Quinta do Mocho neighbourhood walks past murals by Liberian artist Arcy (L) and Portuguese artist Huariu.

Since the murals went up, a bus line has begun to serve the area, cultural events have multiplied, and the crime rate has fallen, local officials say.