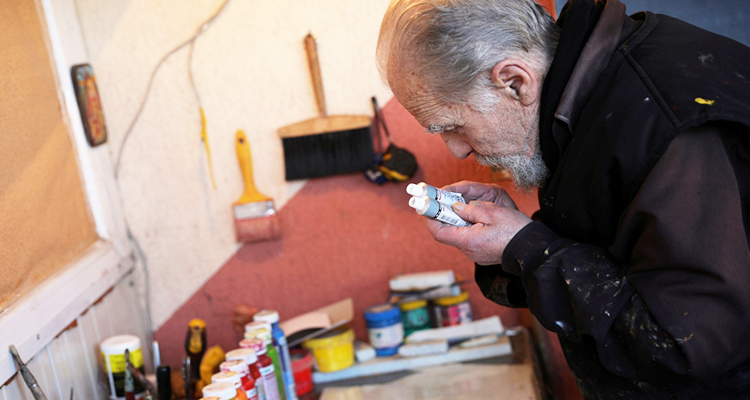 Artist Stamen Karamfilov prepares his paints at his studio in the city of Plovdiv, Bulgaria.

He initially gave up all hope of painting again when he suddenly lost his sight in 2015, and at one point contemplated suicide.

Then, after the initial crisis passed, he discovered there was still a way he could put paint to canvas. 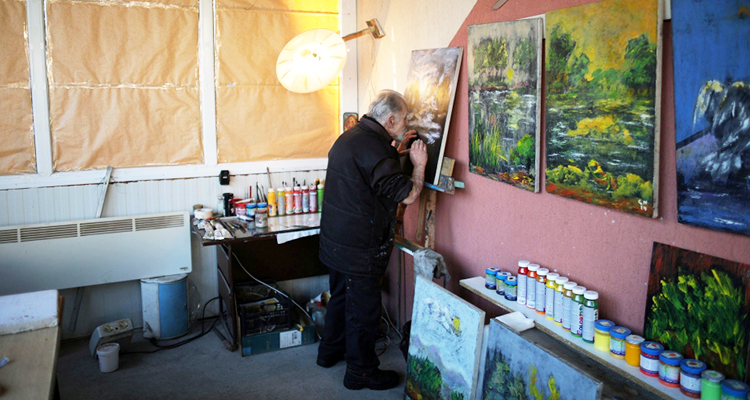 Artist Stamen Karamfilov works on a painting at his studio in the city of Plovdiv, Bulgaria.

"Great experience and intuition - that's the secret," said the 76-year-old, grinning in the middle of his studio in the southern city of Plovdiv, surrounded by vibrant treescapes and abstracts.

He found he could still just about see the difference between blocks of colour, between light and dark, through his left eye. For the rest he relied on the instinct, skill and memories built up over his long career as an artist and church icon restorer.

"I only paint on black canvases, because I can recognise the warm colours - orange, red, light green ... I go out (painting) when it's bright and sunny, because I can 'see' the shadows. When it's dark and grey, I can't."

In the early stages, he stands a few centimetres away from the canvas and breaks down the image in his head into small squares. 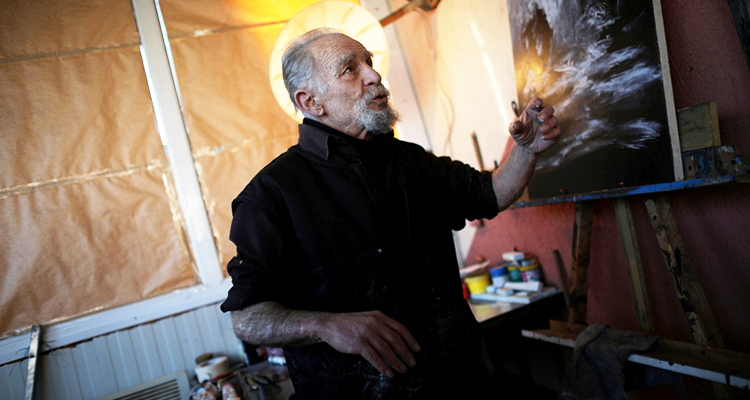 Stamen Karamfilov gestures at his studio in the city of Plovdiv, Bulgaria.

"Then I connect it - small square to small square." After that he coats the surface with melted, transparent wax - a classical technique that gives a smooth finish and lets him feel the lines and blocks of the image underneath.

"I can feel the relief with the touch of my fingers and I can recognise if it is a tree or the sun." He uses a blowtorch to melt the wax and listens out for the change in the noise the flame makes when it reaches the edge of the canvas.

His work has been shown in Germany, Greece, Turkey and several Bulgarian cities. He is now preparing for the 33rd exhibition in his career and hoping to pass on the "enkaustikos" wax technique to an apprentice.