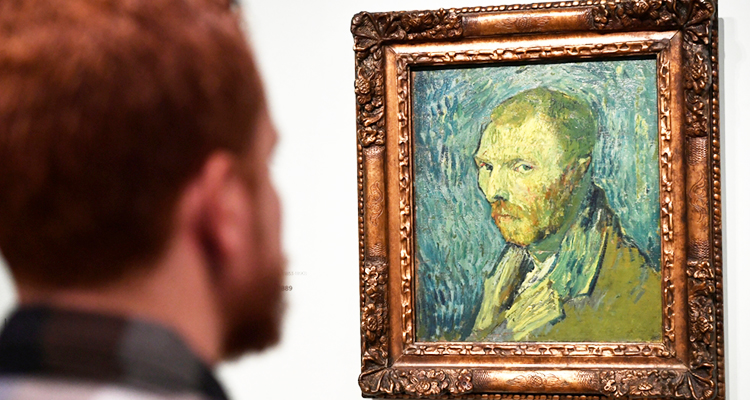 Dutch painter Vincent Van Gogh has a unique style which carries a global cachet. His most famous works Sunflowers (1887), Cafe Terrace at Night (1888) and The Starry Night (1889) have global appeal, drawing crowds for over 100 years.

Van Gogh himself lived a tumultuous life, the red-headed outsider all set to chronicle the manmade hardships of rural life.

He was inspired by French painter Jean-François Millet and the novels of Emile Zola, his first works capture the toil and hapless state of labourers and farmhands he encountered.

They reveal a huge compassion for their subjects.

But he had a nasty temper and restlessness and in a fit of manic depressiveness, cut off a bit of his own ear with a cutthroat razor.

However, a brooding self-portrait of the artist had been shrouded in doubt years after it was first created.

Now researchers say that the work is genuine after decades of uncertainty, identifying it as the only work painted by the Dutch master while suffering from psychosis.

The "Self Portrait (1889)" -- which shows the artist giving a sideways glance against a swirling blue and yellow background -- was confirmed as authentic by the Van Gogh Museum in Amsterdam. 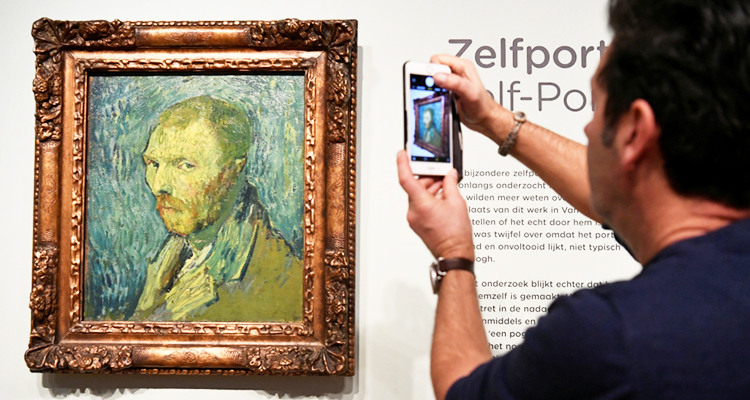 A journalist takes a picture of the previously contested painting by Dutch master Vincent Van Gogh.

Questions were first raised about whether the painting -- owned by the National Gallery in Oslo, Norway -- was genuine as far back as 1970 but the Norwegian museum finally decided to end the doubts in 2014, sending it to Dutch experts.

Using X-ray analysis of the canvas, studies of the brushwork and references to letters to his brother Theo, experts established it was painted while Van Gogh was in an asylum in Saint-Remy in France in the late summer of 1889.

"The self-portrait that is behind me has been doubted for a very long time," Louis van Tilborgh, senior researcher at the Van Gogh Museum, told AFP as he showed off the picture. 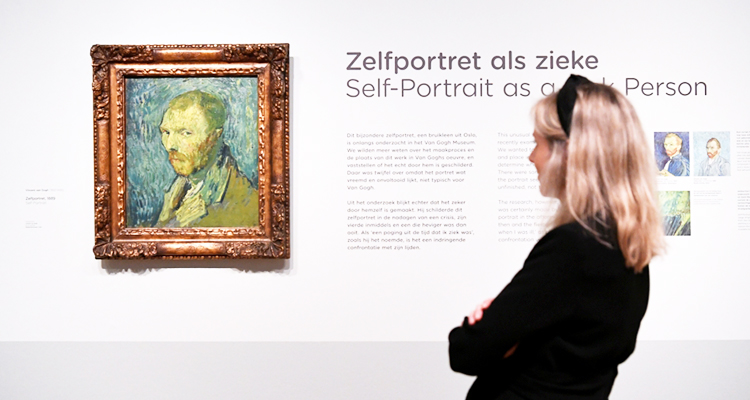 "It's a work of art that for all kinds of reasons was by him but nevertheless also had certain aspects that were different from other pictures.

"So we had to find an explanation for that and that was difficult, but I think we've solved that and so we're proud that we've more or less given the work back."

The Oslo museum bought the painting in 1910 from a collector in Paris for 10,000 francs, making it the first Van Gogh self-portrait to enter a public collection, but doubts have swirled about it for some 50 years. 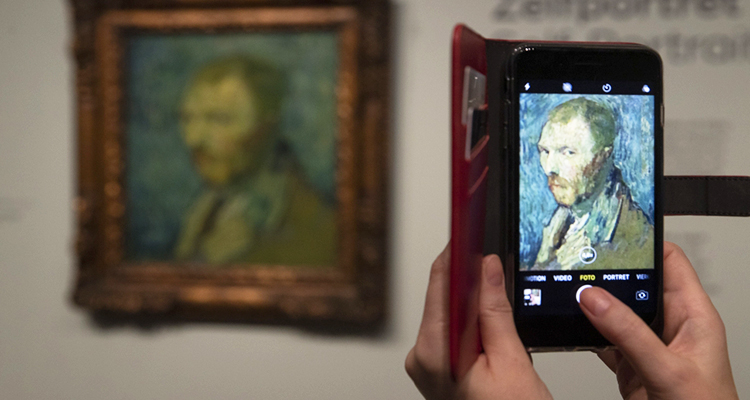 The painting, which belongs to the National Museum in Norway, was painted at the Saint-Paul de Mausole psychiatric institution.

It uses less vibrant colours to other works from the same period, including muted blues and sickly yellows, and some of the paintwork looks less finished.

But the new findings establish the painting as a companion piece to two famous self-portraits finished weeks later when he emerged from his psychosis, now in the National Gallery of Art in Washington and the Musee d'Orsay in Paris.

"Although we were open to all possibilities, of course we are very happy" that the painting is genuine, said Mai Britt Guleng, curator of old masters and modern art at the Oslo museum.