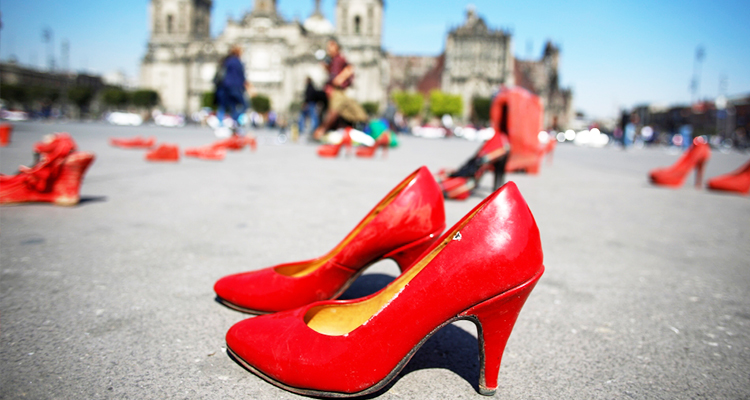 Activists placed hundreds of painted-red women’s shoes on Mexico City’s sun-drenched main square Saturday to call attention to gender-based violence in a country where, on average, 10 women and girls are murdered each day and less than 10 percent of the cases are ever solved.

Countries across the world take a stand on violence against women

As residents and tourists milled about the plaza, or Zocalo - the historical, political, cultural and religious heart of the country - demonstrators marched to the massive front door of the colonial-era National Palace and placed five pairs on the paving stones as a uniformed guard looked on. 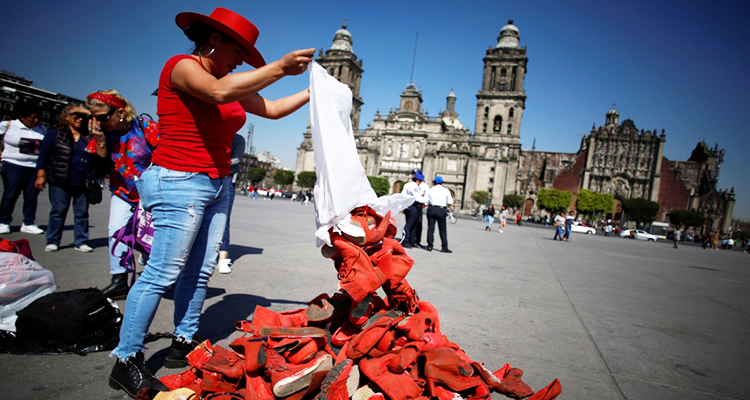 A woman empties a sack of pairs of women's red shoes, to be put on display.

"Not one more killed!” they cried to the beat of a drum.

"The shoes represent absence, visualizing absence,” said 60-year-old artist Elina Chauvet, who first realized the piece of performance-protest art in 2009 after her sister was killed by her husband in a domestic violence case in the northern border city of Juarez.

"The red is for the blood that has been spilled, but it is also a work that speaks of love.” 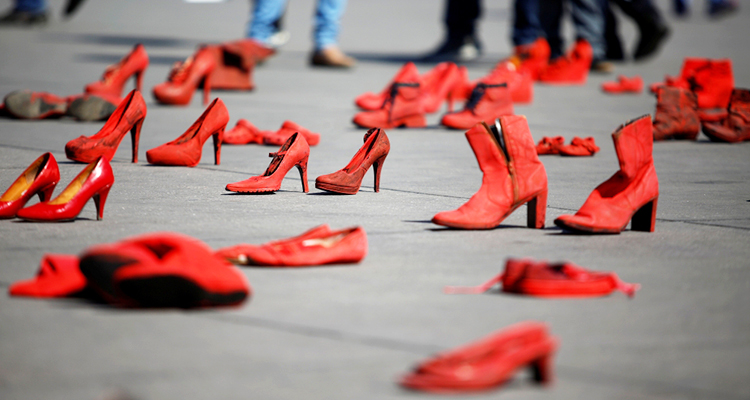 Violence against women is a problem that well predates the current government.

There were 3,662 femicides, or gender-related killings of women, in 2018, before López Obrador took office, and the rate continued apace in 2019 though there are not yet final figures for the year.

"On the contrary. They keep on killing us,” said Elizabeth Machuca Campos, a 39-year-old artisan and women’s rights activist from Ocoyoacac in the neighboring State of Mexico, whose sister was murdered there in 2017.

Machuca brought to the Zocalo a photo of her sister and the shoes she was wearing when her body was found.

"Those pairs of shoes are missing their owners,” she said, fighting back tears, "the women who have been torn from us.” 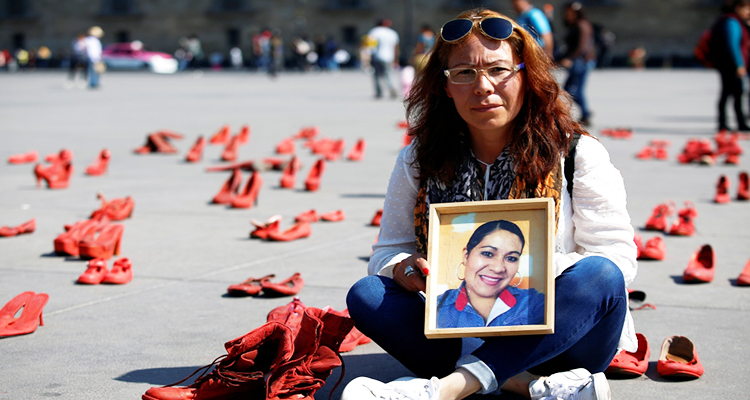 Elizabeth Machuca poses with a photo of her late sister Eugenia among pairs of women's red shoes.

The capital’s new chief prosecutor, Ernestina Godoy Ramos, acknowledged Friday that she faces an "enormous” challenge in delivering public security for the city and promised justice in femicide cases.

Violence against women is a problem that well predates the current government. In the 1990s and early 2000s, Ciudad Juarez was notorious for the unpunished killings and disappearances of hundreds of women and girls.

Today activists often point to the State of Mexico, the country’s most populous, as a flashpoint for femicides.

Sacrisanta Mosso Rendón wore a T-shirt with the names and photograph of 17-year-old daughter, Karen, and 12-year-old son, Erik. 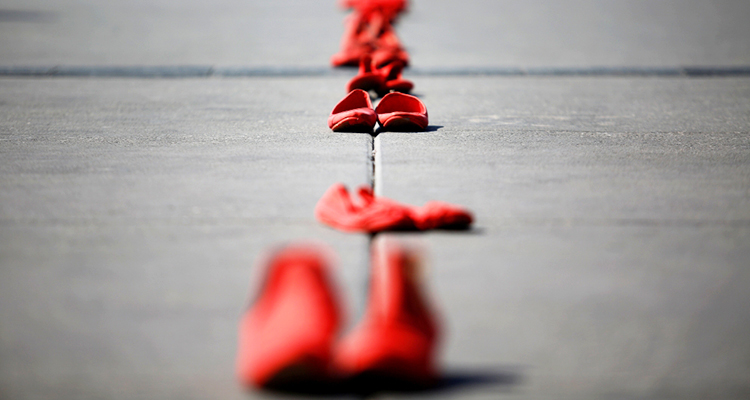 Red shoes used to protest against gender violence and femicide, are pictured.

"Unfortunately women are not safe anywhere,” Mosso said. "Governments come, governments go, and we remain in the same situation because there is no progress.”

But Chauvet, the artist, said that even if concrete results are scant so far, this and the other demonstrations are turning what was once a taboo subject into an issue of national public concern.

"Even though it would seem there is no immediate change, I think there is or rather that eventually there will be,” she said 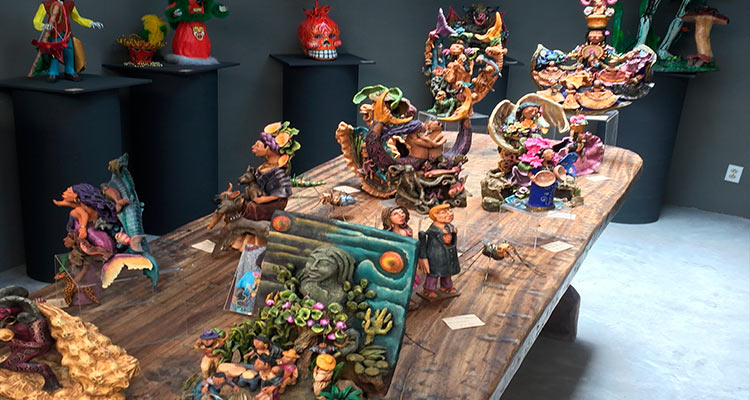 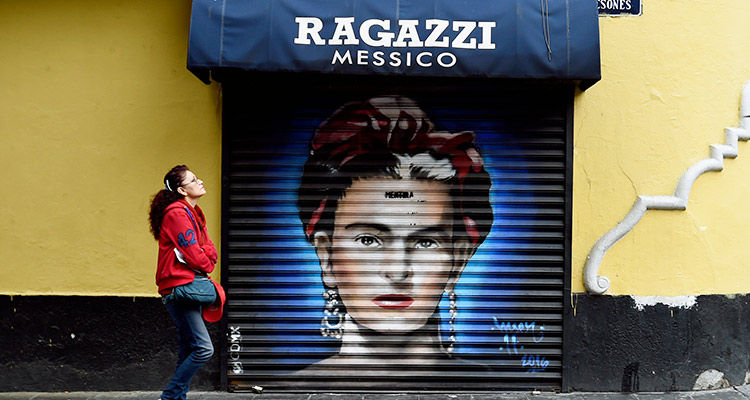