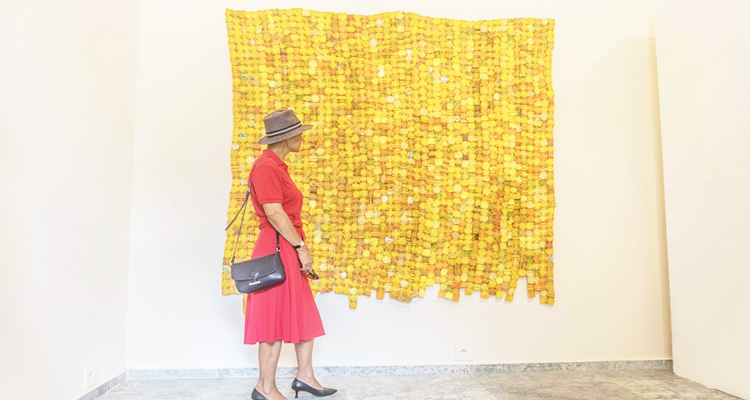 A visitor pauses in front of the works of local artists artist at the Palace of Lome.

Togo opened a flagship art centre in the former seat of colonial power after a multi-million dollar refurbishment aimed at making it a major cultural draw in West Africa.

Built over a century ago, the Palais de Lome was home to both French and German colonial rulers until becoming the residence of the Togolese presidency -- but was abandoned in the early 1990's.

Togo's government commissioned architects in 2014 to renovate the palace, venerated as a treasured historic monument in the tiny West African nation, which is seeking to attract visitors and boost tourism. 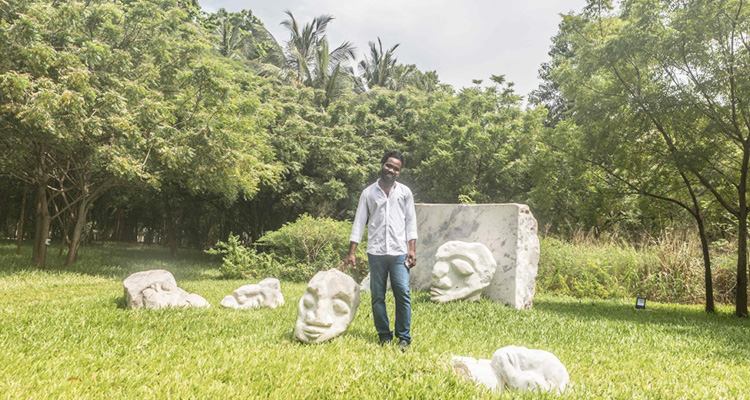 "For the first time in its history, this place where power was exercised will be open to the general public so that they can discover its rich historical, cultural and environmental heritage," the palace director, Sonia Lawson said. 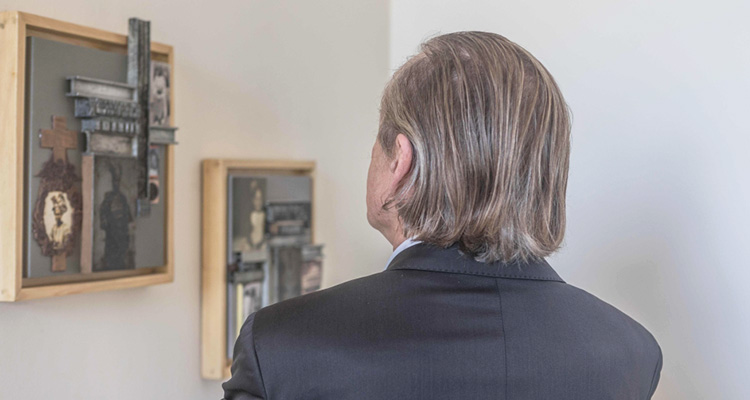 The palace will serve as a place for exhibitions, shows, art galleries and restaurants.

The palace's impressive architecture within an 11-hectare park, offers an array of tropical trees and over forty species of birds. 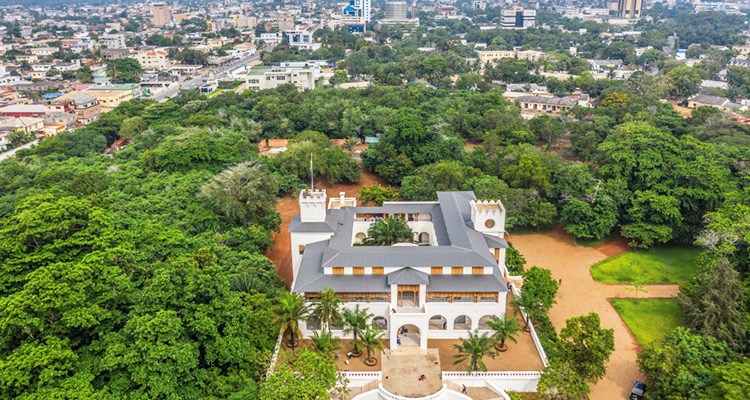 The former Palace of Governors of Lome has been converted into a center of art and culture.

The palace "will serve as a place for exhibitions, shows, art galleries and restaurants," Lawson said, exhibiting the works of artists and designers from Togo and across the continent.