Blind singer goes from streets to stardom in north Nigeria 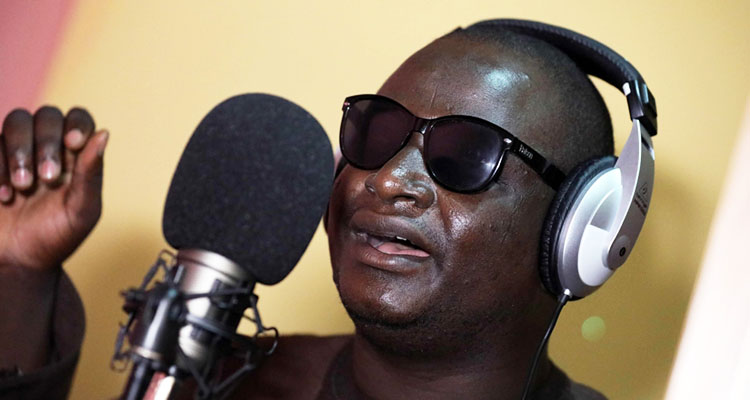 Yahaya Makaho feels his way to the microphone before launching into a song for his new album at a recording studio in the northern Nigerian city of Kaduna.

Blind since early childhood, the singer has overcome obstacles that often crush the dreams of disabled people in this region and risen from street beggar to star.

In the last four years his songs and music videos have become hits among the roughly 80 million Hausa-speaking Nigerians and broader West Africa.

"I see myself as a superstar who has broken the jinx associated with physical disabilities," Makaho, 37, told AFP, wearing his trademark sunglasses.

"I have punctured the stereotype people have that once you are blind all you can do is take a bowl and go begging for alms on the streets." 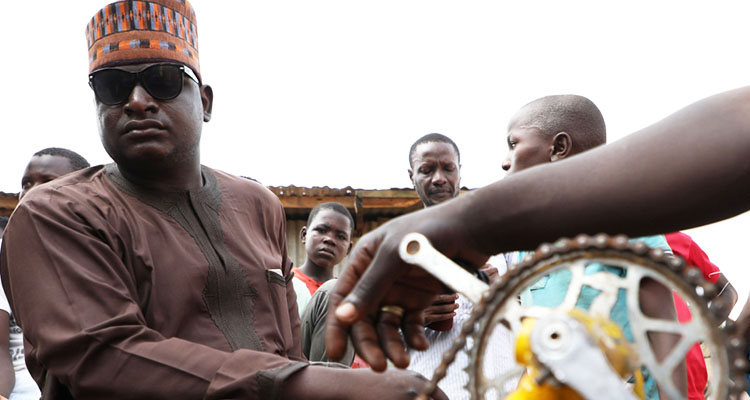 Yahaya Usman spends time with some of his fans while wearing his trademark sunglasses in Kaduna, Nigeria.

Life can be tough in northern Nigeria, where poverty rates and unemployment are high and for blind people the options are usually severely limited.

Makaho a nickname meaning "blind man" in Hausa under which the singer is widely known has had to come a long way to record his 370 singles and three albums.

He lost his sight to measles at the age of three and was eventually sent away from his rural village to an Islamic school after doctors failed to heal him.

There he was told that begging was his best chance to make ends meet after he tried his hand at small odd-jobs and petty trading.

"It hurt me to be always asking people for money. Begging kills the spirit and I decided to become a singer," he said.

"I didn't know I had singing talent, I just wanted to do something meaningful with my life and the idea of being a singer just popped up."

'Singer with a difference'

It has not been a smooth rise since that decision.

Makaho faced years of discrimination and discouragement before a wealthy fan decided to fund a recording session in 2016.

The singer has carved out a niche by focusing on the pressing problems that confront his fans in their daily lives. 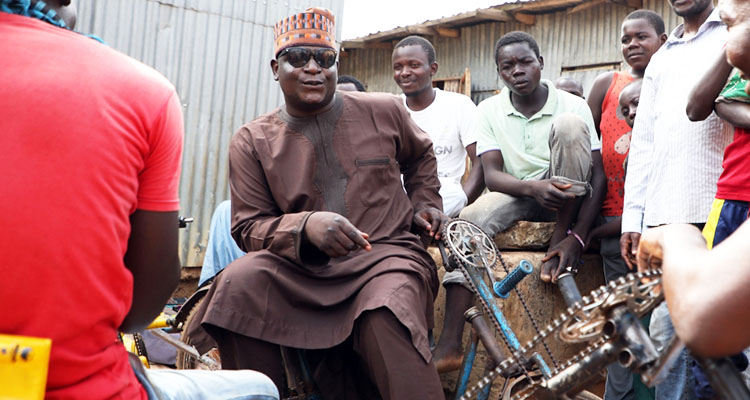 The singer has carved out a niche by focusing on the pressing problems that confront his fans in their daily lives.

With his soft voice he croons his way through lyrics that tackle ills such as begging, drug abuse and corruption.

"Yahaya Makaho is a singer with a difference," said Ahmad Bello, a music critic and linguist at Bayero University in the city of Kano.

"People love his songs not just for the beats but primarily for the messages embedded in them which touch on burning social issues."

Dwelling on sensitive subjects has proved problematic on occasion.

Makaho upset some in northern Nigeria's blind community after he wrote two singles that criticised the widespread practice of street begging often the only means of earning an income for the visually impaired.

"They ostracised me for exposing the ills of begging in my two tracks and dubbed me an enemy," he said.

Makaho managed to resolve the conflict and has now established a foundation that provides school tuition, uniforms and brail books to help disabled youths get an education.