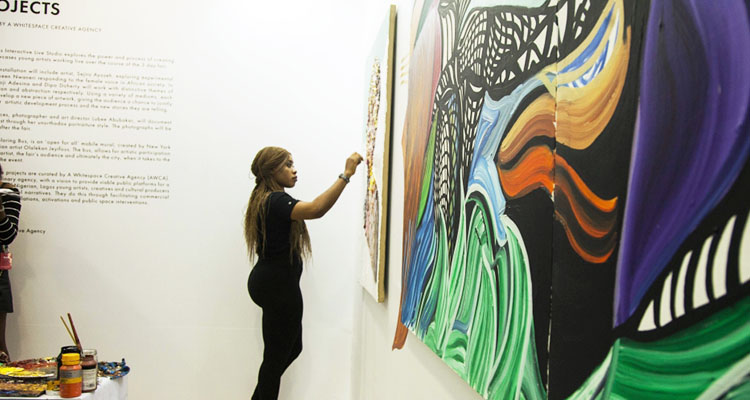 Both record sales of famous works by the late "father of African modernism", captured the emergence of Nigeria's art market.

"Africa is one of the fastest growing markets in the art world today, and Nigeria is equal on the top with South Africa.

A decade ago, major African artists were largely absent from international auctions. But the continent is now a major attraction in contemporary and modern art.

His auction house was one of the first in Europe to bet big on the continent with "Africa Now" beginning in 2007, auctioning African art as a stand alone sale. 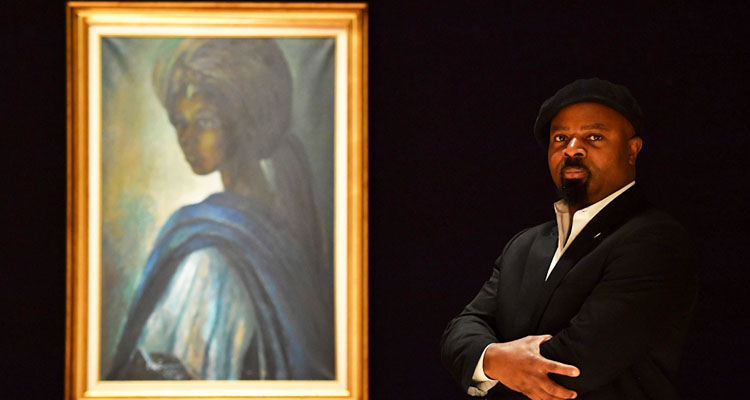 In the vibrant commercial capital of Lagos, with 20 million people, its cultural season, awash with literary fashion and art festivals, culminates this weekend with the international fair "ART X".

Three years after it began, the fair has emerged as one of the premier art events on the continent, exhibiting the rich array of African modern and contemporary art.

The famous Tutu, "lost" for almost 40 years and spectacularly found in 2018, almost by chance, in a London apartment, was the surprise attraction of the last edition, drawing several thousand attendees.

This year, some twenty galleries and more than 90 artists will be represented at ART X, with representatives from Tate Modern (London) and Smithsonian (Washington) expected to attend. 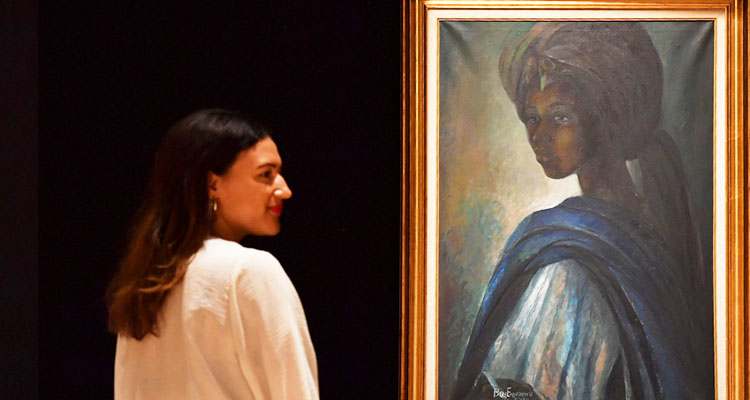 Creative audio installations by renowned artist, Emeka Ogboh, based between Berlin and Lagos, will grace the background of the anticipated fouth edition of the fair.

If the appetite for contemporary African art continues to grow, apart from outliers that exceed one million dollars, the majority of works are still sold at "reasonable" prices in comparison with the rest of the world: "between $10,000 and $60,000," Peppiatt says.

"Events like Art X are changing the game, they enable cities like Lagos to shine and attract many enthusiastic collectors," he explains. "This is a very exciting moment."

The West African oil giant and largest economy on the continent has a growing middle class of rich bankers and industrialists, with a burgeoning appetite for purchasing contemporary art. 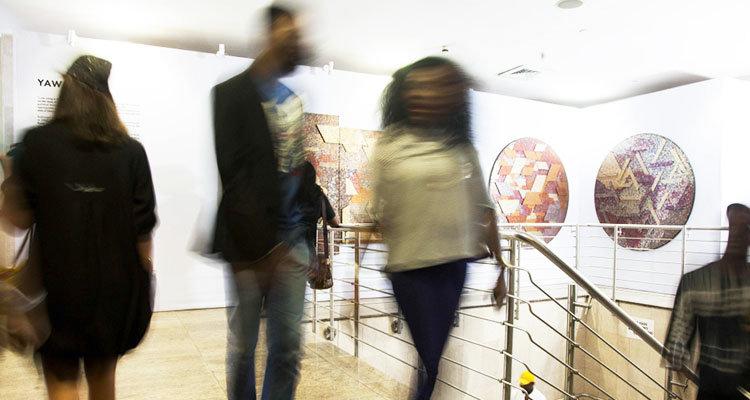 People visit the Nigeria annual Art X event in Lagos. In the vibrant megalopolis of Lagos.

The biggest bids still take place in Europe, where the market is better structured, and better protected against fake works.

Yet collectors increasingly fly to buy works in London or New York and then bring them back to Africa, says Jess Castellote, director of the Yemisi Shyllon Museum of Art, a private museum that will open next year in the suburbs of Lagos.

"There are collectors, art lovers who want to reconnect with their culture, their legacy," he says, explaining that as well as art enthusiasts, serious investors have taken interest in art.

In Nigeria, as in South Africa, multi-million dollar investment funds have sprung up to acquire works and resell them as dearly as possible, again betting on a rising demand for art.